Every day while doing NBA DFS research, I invariably stumble across some unexpected nuggets of information that are occasionally helpful, but always interesting in one way or another. Here are 10 for Wednesday, December 16th.

1. In the month of December, Stephen Curry and Klay Thompson have combined for 21.1 three-point attempts per game. There are seven different teams in the NBA who have attempted fewer than that number per game over that span. And they’re making them at a higher clip than anybody else – Curry’s and Thompson’s 49.6% from three-point land is more than 10% higher than other team’s three-point percentage in the month of December. 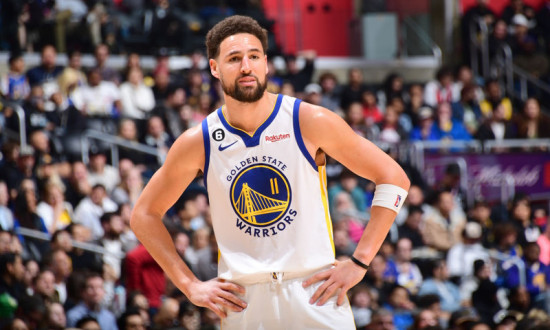 2. After Wednesday night’s 16-point, 11-rebound, 10-assist effort, Draymond Green is tied for the NBA lead with 4 triple-doubles this season. While a triple-double may not happen, Green is as good a bet as anyone for a double-double – he’s done that in four straight, and the Bucks allow the fifth-most FanDuel points to power forwards.

3. Magic center Nikola Vucevic finds himself in a dream matchup on Friday, as he’ll face a Trail Blazers front court that allows more FanDuel points than any other team in the NBA to opposing centers (50.1 FD points per game). There’s always the danger with Vucevic (and all his Magic brethren) that Scott Skiles pulls him early. But Vucevic has done more than enough with the minutes given – he’s one of just five players in the NBA to average 15.5+ points and 8.5+ rebounds per game while playing fewer than 30 minutes per game. In case you’re wondering, LaMarcus Aldridge, C.J. Miles, Dwyane Wade, and Jeff Teague are the others. 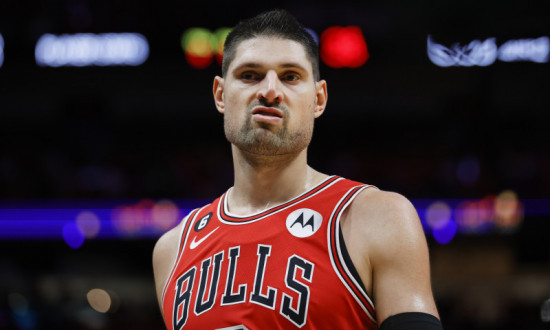 4. Tyreke Evans is assisting 35.1% of his teammates’ shots, which ranks 7th in the NBA. The only player she trails are guys considered to be the elitest of the elite in terms of distribution (Rondo, Westbrook, Rubio, Paul, Wall, and his teammate, Ish Smith).

5. Last night, Toronto’s Bismack Biyombo reached an absurd 11.4x value at FanDuel, scoring 45.6 FD points at a $4,000 salary. He racked up a career-high 18 boards, and he did his best Hassan Whiteside impression, blocking seven shots. On Friday, Biyombo faces Whiteside and the Heat. Whiteside’s elite defense might not impact Biyombo’s value all that much, as offense has never been a part of Biyombo’s allure in DFS. But it’s worth considering that the Heat are top-10 in the NBA in limiting rebounds and blocks to opposing centers.

6. Gorgui Dieng drew the start at power forward for the Timberwolves on Wednesday night, and he parlayed his season-high 36 minutes into 33.6 FanDuel points. Since November 23rd, Dieng has averaged 10.4 points, 7.3 rebounds, and 1.3 blocks. If he were to hold those numbers over the entire season (which isn’t unreasonable if he continues drawing starts and minutes), he’d be joined by only three other players in the NBA: Andre Drummond, Anthony Davis, and Draymond Green. He’s priced at $4,800 on Friday at FanDuel. Get him at that price while you still can. 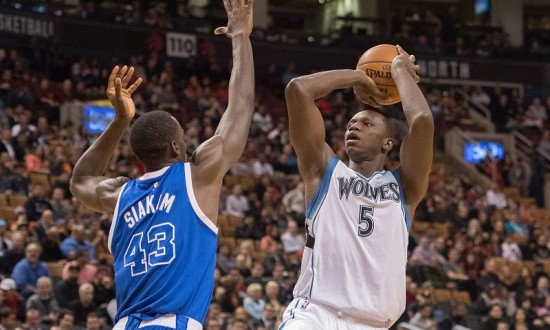 7. Jarrett Jack is never a fun player to roster, especially on a full slate. But he’s hot right now, having scored 15 or more in his past 3 games and ranking 3rd in the NBA with 36 assists over that stretch. With Shane Larkin already ruled out (RotoWorld), Jack seems like a good bet for 35+ minutes. The matchup is far from ideal, as the Pacers rank third in the NBA in DvP against point guards. Still, his price is stagnant at $6,100, making him a nice contrarian play for GPPs. 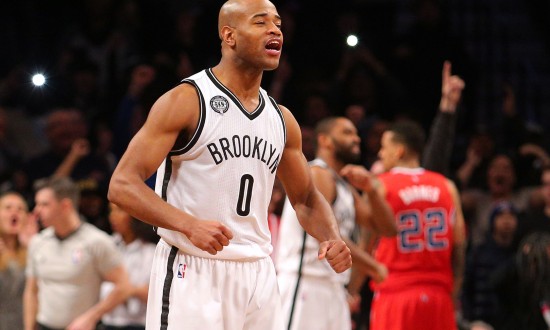 8. Jae Crowder is another player who, like Jack, inspires little excitement. Still, you have to go all the way back to November 24th to find a game where he’s been held below 20 FanDuel points, and he’s only been held below that total in three of his 25 games this season. The matchup against Atlanta isn’t ideal, as they’re a top-10 team in DvP against small forwards. But in a weird way, Crowder is matchup-proof, having put up 20+ against teams that rank in the top 10 in DvP against small forwards on six different occasions. One more plus for Crowder: after averaging 3.8 three-point attempts per game in October and November, he’s averaging 6.1 per game in December.

9. On Wednesday, Carmelo Anthony scored a season-high 51.5 FanDuel points. The total was buoyed by 15 rebounds, Melo’s highest total since January 17th, 2014, when he inexplicably grabbed 20 boards in a game against the Clippers. He’s picked up his rebounding this year, particularly on the defensive end, where he grabs 6.1 boards per game, tied for the highest mark of his career. The Knicks play the 76ers on Friday, a team that ranks 6th-lowest in the NBA in DvP against the small forward position. 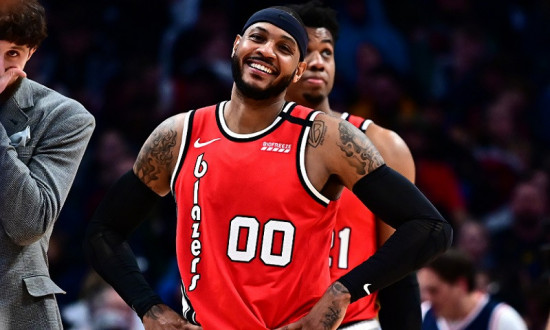 10. Nerlens Noel is slated to return on Friday against the Knicks. Noel’s price is at a season-low $5,600 at FanDuel, down $2,000 from his peak price of $7,600 this season. It doesn’t matter – he’s still unusable. Like, Nik Stauskas unusable. In fact, Noel currently ranks second-worst in the NBA among qualified players with an 82 offensive rating. That’s over 5 points worse 7 points worse than Nik Stauskas (sorry Sauce!).

Thanks for reading! If you liked it, click the green thumbs up in the upper right corner, and feel free to leave me a comment below. Happy DFS’ing (and remember…friends don’t let friends roster Nerlens Noel. Or Nik Stauskas).