Every day while doing NBA DFS research, I invariably stumble across some unexpected nuggets of information that are occasionally helpful, but always interesting in one way or another. Here are 10 for Tuesday, January 11, 2016. 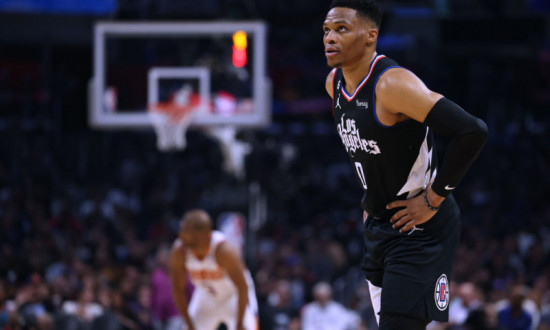 2. Speaking of Aldridge, last night the forward scored 41.2 FanDuel points in the Spurs’ 106-79 route over the Nets. It was just his fourth game this year of 40+ FanDuel points. Last season, Aldridge was a bit more prolific with 35 games of 40+ FanDuel points. Aldridge’s limited minutes continue to render him unusable – at 29.9 minutes per contest, his floor time is the lowest its been since his rookie year. For perspective, Aldridge has played 30+ minutes in just 19 of 39 games this year, one fewer than New Orleans forward Ryan Anderson, a bench player.

3. If (and let’s be honest, when) Anthony Davis sits out on Tuesday, Ryan Anderson will become an extremely popular play in all formats. But he hasn’t exactly lit the world on fire in Davis’s absence this year. In four games played without Davis, Anderson has averaged 27.8 FanDuel points per game. With Davis in the game, Anderson’s FanDuel output is only slightly lower at 26.1 points per game. 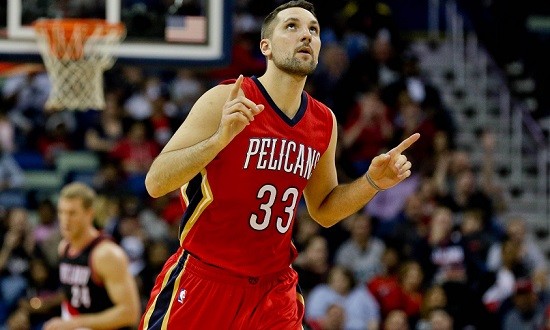 4. If you’re thinking of rostering Karl-Anthony Towns, even in a tournament, consider: no center this year has scored more than 20 points on the Grizzlies this year. Turns out Marc Gasol is good at defense.

5. Jrue Holiday has seen a steady increase in minutes recently that has culminated in 33.6 mpg over the past three. In his last two games, in which he played 35 minutes versus the Pacers and 36 minutes versus the Clippers (both tough matchups), Holiday notched 30 FD points and a season-high 51.2 FD points, respectively. His Tuesday opponent, the Lakers, are the worst team in the NBA against opposing point guards. Per RotoWire, their 46.7 FanDuel points allowed per game to enemy point guards is a full 5.0% worse than the second-worst team, the Phoenix Suns (who allow 44.4 per contest).

6. Since January 1st, only Stephen Curry has a better offensive rating than J.R. Smith among guards. Smith has sunk 23 three-pointers in the past 5 games, more than any other player, including Curry. On Monday, Smith’s Cavaliers face the Mavericks, whose 2.9 threes allowed to shooting guards is tied for the most in the league. 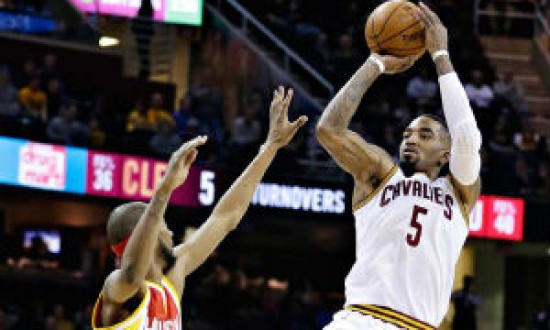 7. An NBA player has grabbed 10+ offensive boards on seven different occasions this season. Four of those times, that player was Andre Drummond. Normally, it’s not advisable to start anybody against the Spurs’ frontcourt. But if Gregg Popovich opts to rest Tim Duncan on the second half of a back-to-back, Drummond could become an interesting tournament play, as the Spurs average three fewer offensive rebounds per game without Duncan in the lineup (down to 6.8, compared to 9.9 when Duncan is in the lineup).

8. Louis Williams enjoys an eight-point increase in usage when Kobe Bryant is out of the lineup (20.9% up to 28.3%). And that extra usage couldn’t come at a more opportune time – Williams is hot, averaging 24.3 points, 3.8 rebounds, 3.3 assists, 1.2 steals, and 2.8 three-pointers since January 1st. Damian Lillard is the only player in the NBA to match those numbers during that span.

9. Monday’s slate features tons of value at the center position. Here are a few quick takes on three of my favorites: Robin Lopez has scored 25+ FanDuel points nine times as a member of the New York Knicks, and four of those nine games have come in the past week; Enes Kanter ranks sixth in the NBA in 2-point field goal percentage, trailing only DeAndre Jordan, Dwight Howard, Hassan Whiteside, Stephen Curry, and Kevin Durant; and Amir Johnson ranks third in the NBA in January in effective field goal percentage, trailing only (oddly) Steven Adams, and (not so oddly) Draymond Green. 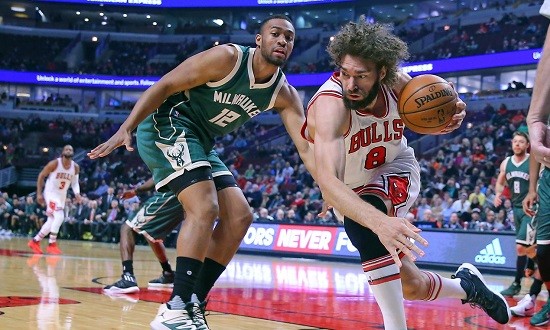 I typically write these blogs for Monday, Wednesday, and Friday slates, but given that yesterday’s slate had me deciding between Brandon Rush and Gerald Green (true story – and I went Green), I decided to take a day off. Be sure to check back on those days throughout the NBA season for more notes!