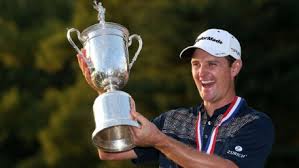 It’s finally here, the second and arguably most difficult major of the year, the US Open. This year’s tournament will be held at the world-famous Pinehurst No. 2 course in Pinehurst, North Carolina from June 12-15th. This marks the third time Pinehurst No. 2 will host the US Open(1999, 2005).

The crowning achievement of designer David Ross, the course was recently restored to the original vision of Ross by Bill Coore and Ben Crenshaw, which led to the removal of all rough areas from the course. That’s right, this course has ZERO acres of rough. Instead, the rough areas have been replaced by naturally occurring vegetation and sandy areas. There are very few water hazards, however. These renovations, combined with 111 total bunkers and unforgiving putting surfaces, make this course exceedingly difficult. Six of the tournament’s last ten winners finished with a final score of even par or worse.

Pinehurst No. 2 is a larger-than-usual Par 70 course, measuring 7562 yards with only two Par 5s, thanks to four Par 5s over 400 yards. Big hitters off the tee will have interesting opportunities to lay up or go for the gusto throughout the tournament. The greens at Pinehurst No. 2 are legendary in their difficulty. They play fast, and the surfaces are crowned, with severely sloping edges leading to bunkers on all sides. The phrase “drive for show, putt for dough” fits this course perfectly.

The winners of this tournaments since 2003 are:

Rory McIlroy’s score in 2011 was due to heavy rain softening the greens significantly. It’s worth noting that severe thunderstorms are expected on Wednesday, but should clear up permanently by Thursday.

Thirteen of the last 20 champions have competed here previously at least twice, and have at least 1 previous top-15 finish in this event.