7 Tips for Maxing Out on Fanduel Pitcher Points

A strong pitching performance can be the anchor of a good daily fantasy team. If you’re looking to max out on pitcher points for your Fanduel roster what scoring components should you focus on the most? Based on data for all starts in 2019, here are seven tips for targeting the most possible points from starting pitching in your Fanduel lineup.

1) To max out pitching points you want to target a pitcher for 50 or more points.

The top Fanduel pitcher on any given day most often generates more than 45 points. 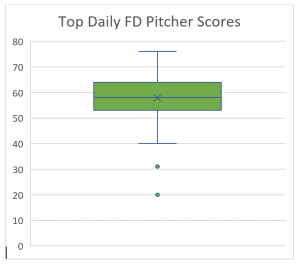 On average, the top scoring Fanduel pitcher of the day scores 52 to 63 points with the average being around 58.

Over 90% of all Fanduel pitcher fantasy points come from strikeouts and innings pitched.

You’ll see that Strikeouts and Innings Pitched drove the majority of plus points. Wins and Quality Starts added a few percentage points, but the key elements are K’s and IP. Earned runs reduce a Pitchers score and across all games ate up 24% of the scoring. 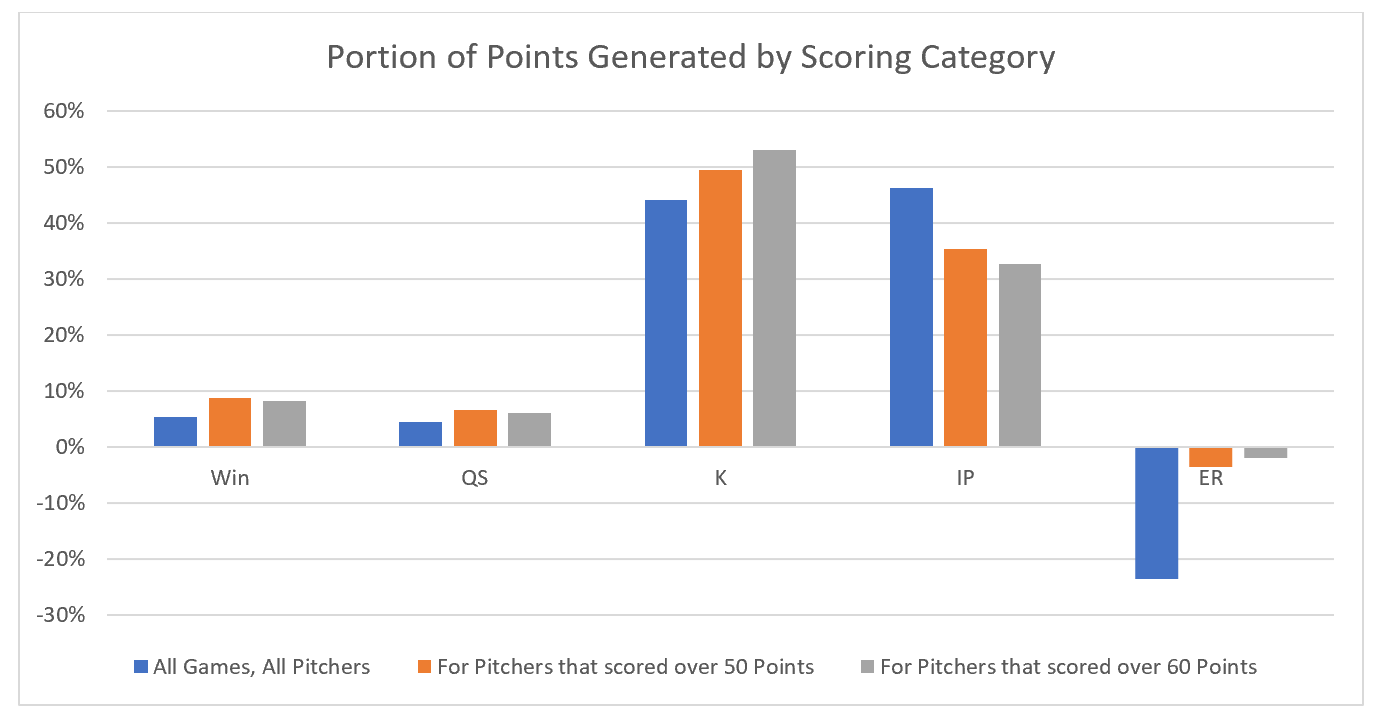 As you can see, as pitching scores increase (represented by the varied colored bars) strikeouts take a more dominant role in scoring. Earned runs are less of a burden on scoring as might be expected, when you are striking batters out, they aren’t scoring runs. 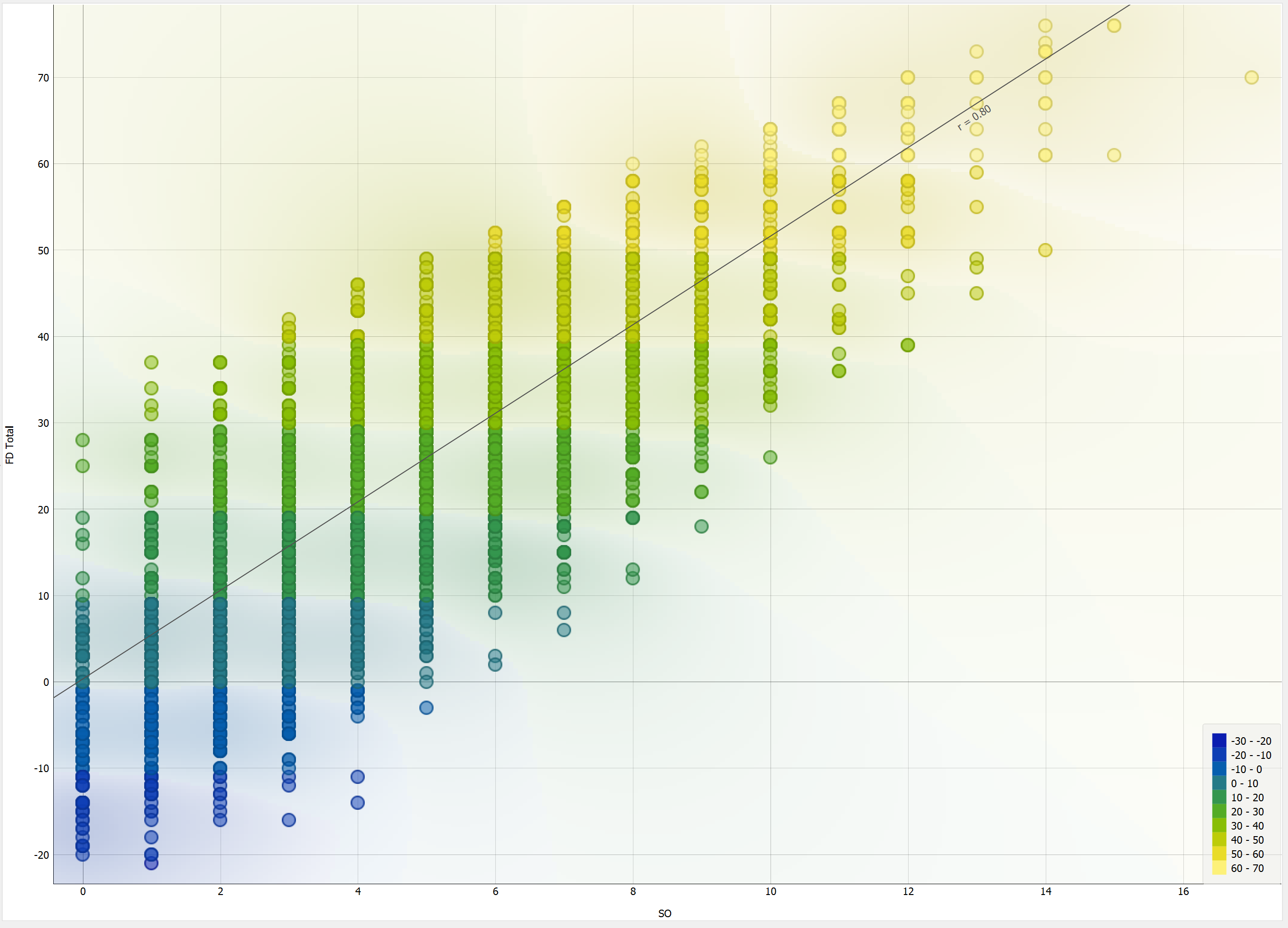 The days top pitcher can have as few 6 strikeouts. However, 8 strikeouts or more is where we really start to see the days top scoring pitchers. So look for pitchers that can deliver 8 or more strikeouts in the match-up.

5) Yes, innings pitched still adds significant value – but K’s are king
We know from tip #3, that K’s take on a more significant role in scoring amongst pitchers delivering 50 or 60+ fantasy points. While IP’s still make up 33% of the scoring for those over 60+ points – the fact of the matter is that the number of innings pitched per start go up as the number of strikeouts go up: 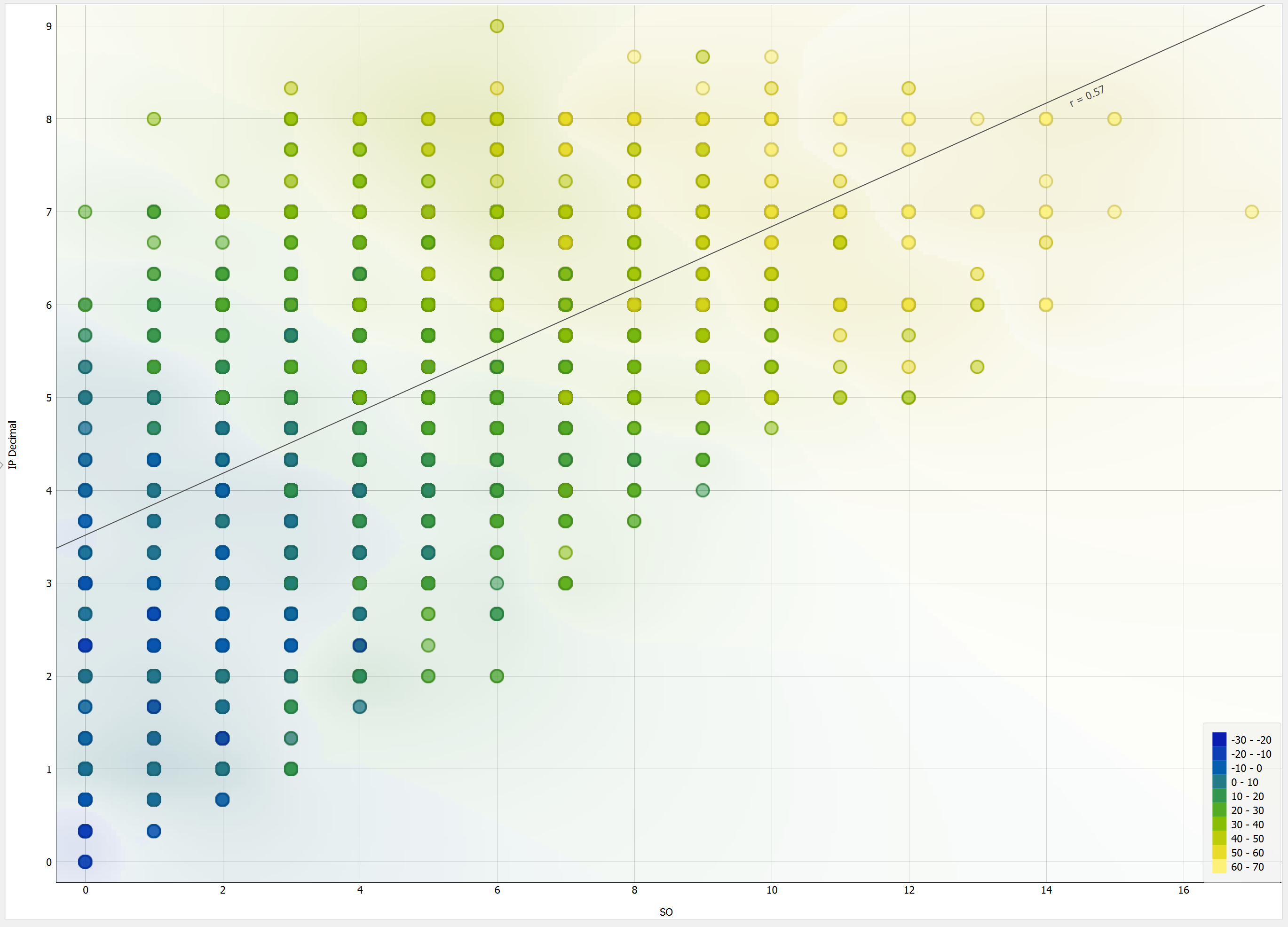 Top scoring fantasy pitchers are pitching more innings because they are getting outs with strikeouts, i.e. more Innings Pitched is a by-product of strikeouts.

6) Don’t chase Win’s and Quality Starts, they’re also just by-products of Strikeouts
Win’s and Quality Starts remain a small portion of overall scoring but increase from a combined 9% for all games to over 14% for top scoring pitchers. When your pitchers striking batters out, they’re staying in the game and the opponent isn’t scoring runs.

7) All things being equal, take the home team pitcher
In 2019, the average score for the days highest scoring pitcher was about the same for home or away but at the floor, the home team pitcher tended to have a higher score. So if it’s a toss up between two pitchers and one is home, the home pitcher appears more likely to give you that extra point or two. 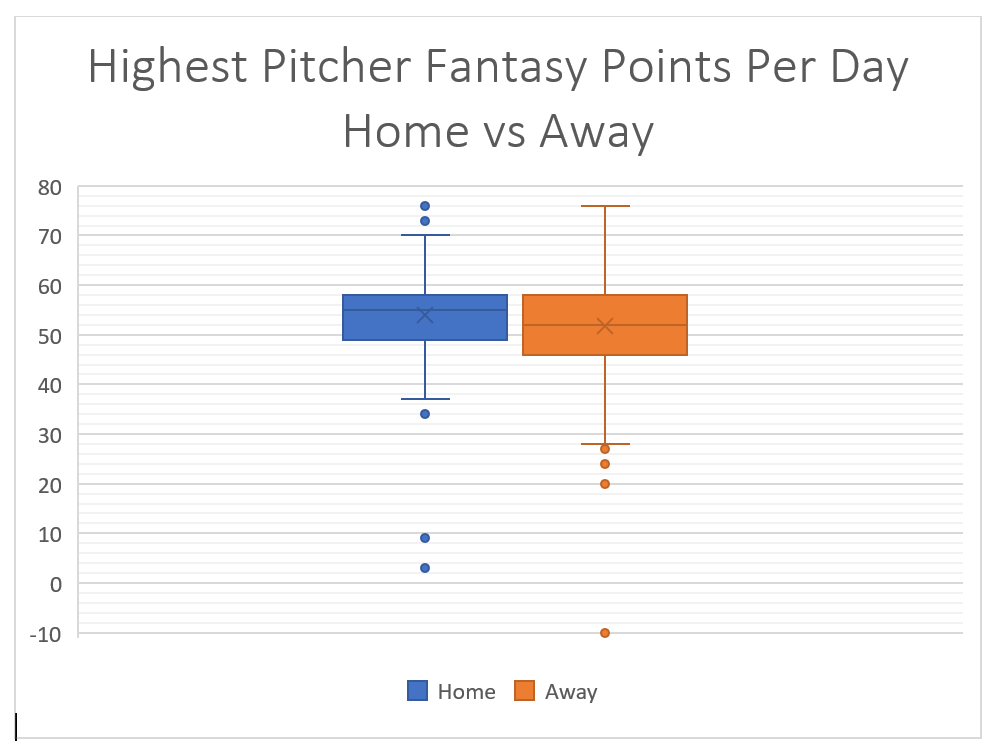