Reflection and Analysis for 12/26

Inevitably after a really good night for me on Christmas day, this night was a big let down. The blog build suffered, my other lineups suffered, and I just wasn’t on the right page for that 10 game slate. But then again I usually do struggle with larger slates. It is nice to see this unusually big Thursday slate tonight and I am feeling like I am in a good spot to bounce back since this is right in my wheelhouse.

Just a reminder that I have been going with pretty much all gut instinct on these blog builds for December. I found moderate success in November doing this and also it seemed when I dug into the numbers I either was overwhelmed by them, or just ended up outsmarting myself and not sticking to the surface of what they represented. There are only 5 DFS days left in December and I will stick with what has worked more often than not.

This build for the 26th ended up fulfilling one of the fears I mentioned in yesterday’s write up. Gasol destroyed my mini-Memphis stack. And honestly if Conley hadn’t persevered and gotten 33 FPts, Gasol might have outscored the entire trio I used. Not much else needs to be said since most of the lineup sans Harrell fell flat.

Harrell (54.3/12.9%) was a good pick, and that game turned into the chalky game it should’ve been. Sometimes that happens, the chalk produces and the contrarian picks falter. But sometimes the chalk falters and those are the nights I bank on for this build. The only other Bright Spot was Rose (43.6/6.2%) who balled out back in Chicago.

The Let Down Spots

Zeller (18.6/2.4%) didn’t even get 20 minutes for some reason and the game went into overtime. I am going to have to check that out and see what happened. Triple-J (17.9/4.4%) really didn’t do much of anything at all. Again, I mentioned the Gasol effect and the tally ended up being Gasol – 50.8 My Trio of Conley/Temple/JJJ – 71.3 He almost outscored all three by himself. Finally we have Gay (21.1/10%) who is becoming one of those players I can’t get right.

The big news and I am guessing most popular, is the absence of LeBron James when the Lakers head into Sacramento to take on the Kings. My big contrarian move is going to be to only take one player from the Lakers and probably not one many expect. There will be plenty of game stacks for that game I am assuming since LeBron carries a massive usage, shot, rebounding, and assist rate for that team and there will be a huge hole that has to be filled not only in usage but minutes as well. My first instinct as a DFS player was to load up on Lakers playing a fast pace team that gives up a lot of points. But the more I think about it, what happens if it ends up being a blow out? Sacramento is not the team they used to be, and very well could run away with this game. After all the Lakers have just gotten used to playing WITH LeBron and now they are on their own. This game goes one of two ways… either the young Lakers in Ball, Hart, Ingram, and Kuzma go off and keep this game close, OR the Kings spank the LeBron-less Lakers. I seriously don’t see the Lakers winning this game. Either way, the Lakers and Kings should be very popular tonight. I might just have to build two lineups again and compare on Friday.

The two games scheduled to be on TNT are Bos/Hou and Phi/Uta and those games carry the two lowest totals on the docket. These are games I want to target for studs since they usually show up and do well in nationally televised games. We have Kyrie, Harden, Simmons, Embiid, Butler, and Mitchell. I am going to try and squeeze in as many of these guys as I can for this build, and here’s why. Harden is a GTD, Kyrie is coming off a great performance in an overtime game and on the road, Simmons and Embiid are playing in Utah, and Mitchell will get Jimmy Butler defense. I know those all sound like negatives, and well they are, but those are the things that will have people gravitating to jam in Lakers, Kings, Warriors, Bucks and Blazers. As a footnote to this part I will mention that the Knicks will be contrarian in their own right playing on the road in Milwaukee, but they gave the Bucks a game on Christmas and should be very low owned.

TWO BUILDS FOR THIS BLOG

I am going to do something a bit different for this installment and provide two lineups for this build and enter each in the $.25 Fadeaway. One build is the original contrarian blog build you will usually find here; the other will be a Lakers/Kings game stack to compare and contrast. Since the content is changing I will change the format as well for today. 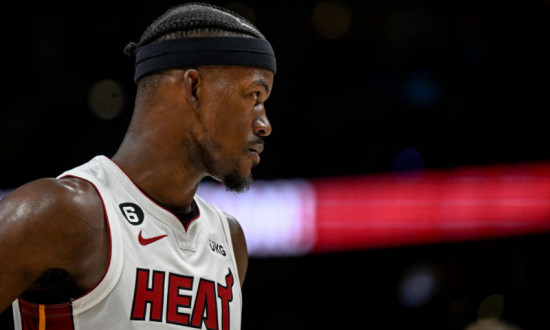 The price tag still remains too low for a guy that we are used to paying $9k plus for. This is because he is sharing usage and production with two other All-Stars, but Butler has continued to show a pretty high floor and still has the ability to take over a game and dominate when the Sixers have needed him too. This game is in Utah and while it doesn’t bode well for fantasy production it is a nationally televised game and I am expecting Jimmy to show up in a big way. Besides the fact that he is the type of hustle player who can rack up peripheral stats in a hurry. 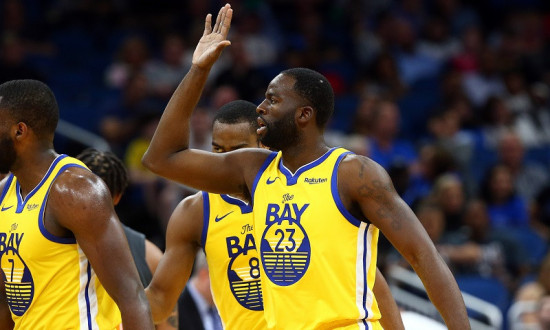 I can remember when these first two guys were putting up ridiculous numbers in years past and reaching close to the $10k mark in salary. It just feels like stealing getting them at such low prices because we all know the potential crush game is still there. For some reason the Warriors just don’t look like the old Warriors we are used to seeing. Maybe it’s the turmoil in the locker room. Maybe it is a couple of their CORE 4 being on the final year of their contracts, and the potential that it gets blown up. I think the fact that Durant seems satisfied with the rings he has won and is starting to question Kerr plays a big part. He is a huge presence and I wouldn’t be surprised if this is the last year we see those 4 play together.

PG – De’Aaron Fox $8,500
This kid has really turned it on this year. I really don’t see how he doesn’t take advantage of a Lakers team who should struggle to defend without their floor general. I can see this game being played at a ridiculous pace and there being plenty of points scored. I am hedging my blog build lineup bet here by building two rosters and playing both scenarios that could potentially happen in Sacramento tonight. If this game is the high scoring slug fest it looks like on paper than the alternative lineup should do well. If it ends up being a blow out and the Kings run away with it then the original contrarian lineup should benefit. Either way I win.

This will serve as the FUNT for both builds. He is minimum price, and with LeBron out you don’t think they are going to run Lance for 30 minutes do you? I doubt it. The Lakers have already announced that Hart will start in LeBron’s place which should make their starting 5 Ball, Hart, Ingram, Kuzma, and Zubac. Beasely hasn’t played in a game since earlier this month but I have a sneaky feeling that they will turn to him in LeBron’s absence. They may not and he might put up a big gooseegg, but that is what FanDuel’s dropping the low score provides us. Can you imagine if for some reason he does play 26 minutes and puts up 40 FPts at less than 1% ownership?

Here are the rest of the lineup splits at each position for each build. I will put an (A) next to the alternative chalky Lakers/Kings stack and the first listed will be the original contrarian blog build.

SO that makes both of the blogs look like this…

UPDATE: I made a mistake when putting together the Alternate lineup… it should be Bogdan Bogdanovic instead of Malcolm Brogdon. Also I was informed that Beasely is away from the team to be with his family after his mother passed, so I am going to make adjustments to each roster. For the Original contrarian roster I am moving up to Lance from Beasley, dropping down to Kornet from Knox, and moving up to Lillard from Bledsoe. For the Alternate build I am going to move up from Beasely to Stephenson again, but I don’t want two Laker SF’s so I will stay in that game but move down from Ingram to Bjelica. (What a train wreck this blog turned into)

As always don’t forget to hit that like button if you enjoyed the read. Also go ahead and tell me which lineup you prefer in the comment section below. Maybe we can get a debate started. Good Luck Tonight!!!