There is some chatter about Andrew Toles batting leadoff for the Dodgers this afternoon. Plugging in a batting order slot of one for Toles makes him an attractive value play at minimum price. My model now gives Granderson a slight edge over Bruce since Granderson is batting cleanup today. Both are the same price and are good plays against Teheran. The rain is a little concerning in Cincinnati this afternoon. Kevin Roth currently gives this game a YELLOW rating and we may not have enough information before lock. Proceed with caution with Philly and Reds bats. While we don’t have enough data on Thames yet, he is still a viable pivot off of Joseph. Another first base option is the aforementioned Adrian Gonzalez at $2,800. Good luck Grinders!

My name is Steve Allred and I have been grinding MLB, NBA and NFL DFS for over five years. I am a husband, and a father of two beautiful girls. I have a full time job working as a Digital Learning Analyst for a school district in Illinois. While working in this position, I have rekindled a flame inside to pursue my desires. I have come to the realization that I love analyzing data in spreadsheets, am a talented scriptor (PowerShell, JavaScript, AutoIT to name a few) and have a great devotion for Fantasy Sports, specifically DFS. This Model and Blog is an effort to combine these three passions together.

In 2013, I qualified for the FanDuel WFBBC (World Fantasy Basketball Championship), FanDuel WFBC (World Fantasy Baseball Championship) and the StarStreet MLB Playboy Mansion Championship, RIP StarStreet :(. All three of those events were excellent in each unique way. The WFBBC was my first live event and it was awesome to experience the limo service and Palazzo suite. The field for this event only had 15 competitors (no multi entry) and had the honor of playing against some great DFS minds (Dan Back, Notorious, Headchopper and Neogamer to name a few). The 2013 WFBC was the largest prize pool at the time featuring $1,000,000 in total cash prizes. Watching the games unfold in Legasse’s Stadium was truly an unforgettable experience. I also had the honor of bringing a crew with me to the finals, sporting our sweet matching shirts (big thanks to my sister-in-law Leslie).

I began working on my MLB model in early March. I don’t want to say I underestimated the amount of work required to build a model, but am not quite where I wanted to be at this point in time. The model is pulling data from various sources including: FanGraphs, Baseball Reference, ESPN, Rotogrinders just to name a few. While I haven’t worked out all of the kinks yet of making this process fully autonomous, I have been making great strides to reach my goal. While I won’t be able to share exact specifics of my model, I am hoping to create generalized metrics and share the data with all of you at some point in time. Until I get to the point of sharing full data sets with you, I plan on highlighting some of my top plays my model has identified.

The second part of this blog will be testing my model (putting my money where my mouth is so to speak). I am dedicated all of my MLB play on FanDuel to the use of this model. The model is going to have a cash game emphasis but will also have some exposure in GPPs. The starting bankroll for this project is $1,500. While I do have my own stake included in this bankroll, I have also received the support of some friends and family members. This is so awesome on so many levels. I haven’t had anyone invest in me since my days of online poker (shout out to NeverBeg Poker). To have the support of friends and family is beyond amazing and I can’t wait to have them follow along. We are going to have strict bankroll restrictions for this project. We will never have more than 5% of the bankroll in play on and day. We will also have anywhere between 70 – 90% of the $ in play devoted to cash games (Head-to-Head, 50/50’s, Double Ups) as well as 10 – 30% in other games (GPPs, 3 and 10 player contests, etc). For the foreseeable future of this project, I am only making one lineup that will be entered in the aforementioned split of games. I am going to be completely transparent with my results and I will eventually be sharing a sheet with you that will show my progress over time.

Ok, that introduction was a little long-winded and I promise that we will be strictly business moving forward. Let’s talk about the slate of games for 4/3/17. FanDuel threw us all a curveball by offering late swap on most of the premier slates. While I am not a huge proponent of this change, the majority of my play will be the later weekday slates. The good thing about these slates is you will usually have access to all of the lineups before slates lock. Performing a late swap at the point in time will usually be more of a strategic move as you may be able to pivot off / to a player late if it gives you an advantage. Ok, that’s enough jibber jabber Steve, let’s talk about some plays for 4/3/17. 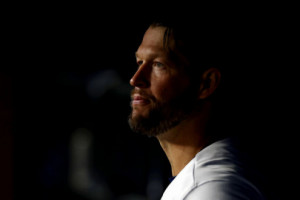 Clayton Kershaw – While there is merit to fading Kershaw in GPPs, I do not see much reason in fading him cash games. He really checks all of the boxes today: At home in a good park / Facing a rebuilding SD lineup / is currently anywhere from a -360 to -400 favorite in a game featuring a 6 over under / he is Clayton Kershaw. The only negative check is the price and I think we can make it work in Cash Games. Over the past two years, Kershaw has some insane numbers: .221 wOBA allowed / 2.30 SIERA / 33% K rate / 3.7% BB rate. Kershaw will be in my lineup today

Tommy Joseph – Watch out as there is some potentially rain heading towards Cincinnati. I always trust RG Chief Meteorologist Kevin Roth when it comes to lineup decisions. As long as this game has a positive outlook, I like Joseph as a source of savings today. Feldman is a has better numbers that I would have guessed, but is still a pitcher I think we can pick on. Feldman has given up a .328 wOBA to Righties over the past two years with a below average 15.5% K rate. If Joseph is too risky for you, consider Joey Votto and Miguel Cabrera on the high end and Andrian Gonzalez in the mid tier range. 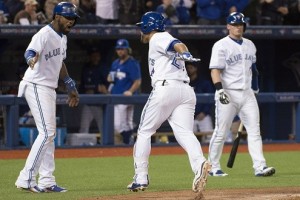 Devon Travis – As long as Travis is cleared to play, he should be cemented at the top of a great Blue Jays lineup. He offers some much needed salary savings to make Kershaw fit. He grades out as the 3rd overall play at 2nd base (price included), just behind Dozier and Murphy. 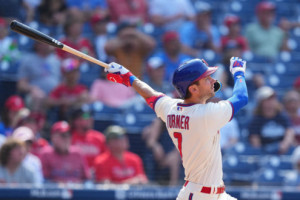 Trea Turner / Corey Seager / Trevor Story – All three of these sit at either $3,600 or $3,700 and are all in favorable spots. They also grade out almost identically in the smadog MLB model. Seager leads the way in wOBA L/R split with a .405 wOBA against Righties. Story has a ridiculous .290 ISO against Righties. There is a minor concern with sample size regarding Story and Turner as they only have 297 and 294 PA respectively. I do believe Turner’s numbers will normalize/regress to some extend, but I also believe he is the real deal. I am giving the ever so slight edge to Turner. 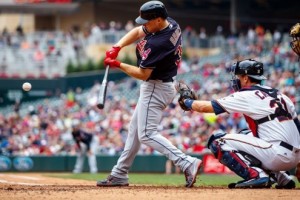 Jay Bruce – Jose Bautista and Bryce Harper rate a few % points higher in my model, but Bruce is sitting at a tasty price point of $2,800. Pair that with projected batting order slot of cleanup, against a Pitcher who struggles both on the road and against Lefties and you have yourself another bat that can help you squeeze in Kershaw.


Well, that’s it for today. Tune in next time to see how my lineup for 4/3/17 stacked up against the competition. Feel free to give me a follow on Twitter @smadogDFS . Thanks for reading!