Catcher is the New First Base 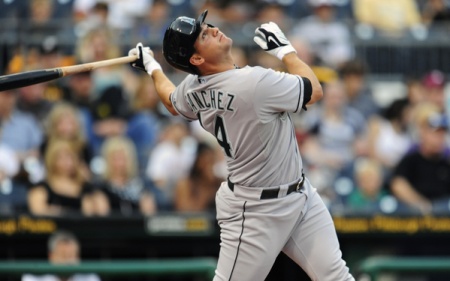 First Base is at the bottom of the defensive spectrum. Consequently, a lot of teams will try to hide their big bats who are less than splendid with the glove there. That’s not to say that there aren’t some great fielding First Baseman, but unlike Catcher, Shortstop, or even Center Field, no First Basemen has ever kept their spot in the lineup for very long just for their glove. This means that First Basemen are usually the highest priced players in Daily Fantasy and often in great demand. In fact, I’d expect that if there were no price or positional limitations, you’d see more First Basemen in most DF lineups than any other position than perhaps Outfielder, but that’s only because there are 3 times as many.

Catcher, however, is at the other end of the defensive spectrum. A lot of teams will carry or even start a Catcher based on what he does behind the plate and merely tolerate what he does alongside it. Often times, DFB players will find it a chore selecting a Catcher or Shortstop on a budget, but somewhere along the line this year that seems to have changed.

I first noticed this phenomenon a couple of weeks ago while making out my daily lineup. I noticed that I had both of my utility spots filled with Catchers, putting 3 in my lineup all together. I figured it was an anomaly due to salary cap restrictions, but it happened again the next day, and then the next as well. Looking at my worksheets over the past week, I noticed that I had several catchers rated as potential strong performers and/or good values, but very few First Basemen.

Looking at the Fangraphs.com leaderboards for 2012, First Basemen are still out hitting Catchers (.328 wOBA, 106 wRC+ to .312 wOBA, 95 wRC+), but the gap is closer than in most seasons and several players are at the top of the board for First Base (Dunn, Encarnacion, Napoli) who have spent more times at other positions.

When you take a deeper look at First Base, a lot of guys are having down years and some have been outright disasters. Adam Lind and Gaby Sanchez have already been demoted to the minors and Ike Davis and Eric Hosmer may be making bids to join them. Mark Teixeira, Adrian Gonzalez, Prince Fielder, Albert Pujols are stars who’ve played well below their career numbers so far, although some have started to warm up more recently. Some teams (Arizona, San Francisco, Milwaukee, Pittsburgh, Miami, Seattle, Oakland) may not even be sure who their First Basemen is. Only a handful of teams (Baltimore, both Chicago teams, Washington, Cincinnati, Texas, San Diego, and maybe Houston) can say that they’ve either met or exceeded expectations at the position this year.

Here are all the qualified players this year who have played most of their games at First Base with a wRC+ of 120 or greater as of May 29th:

(wRC+ is park adjusted, which is why Alonso can have a mark higher than Teixeira with a lower wOBA.)

Some of those names, as well as omissions, are surprising and, as stated, some names on that list are still performing worse than expected. Bryan LaHair, Adam LaRoche, Chris Davis, and Yonder Alonso have been DFB bargains for sure though in 2012, while Konerko has been so far out of control that sites may not be able to price him high enough.

Alternatively, looking at the list of the top performing Catchers offensively would yield the following: 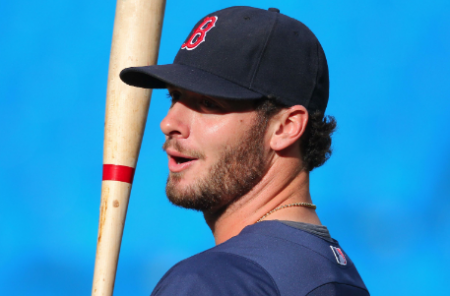 Additionally, Jarrod Saltalamacchia checks in with a .375 wOBA and 135 wRC+, but just misses qualifying with 129 Plate Appearances.

I’d dare say that nobody expected these numbers from any of these backstops. You could make arguments for Posey and Mauer, but both are returning from injuries in 2011. Ruiz is his team’s leading hitter, Lucroy’s been just about as good as Braun, and Ellis is a big reason the Dodgers didn’t lose a beat when Matt Kemp went on the DL. (It’s a damn sin that Mattingly is adamant about keeping his highest OBP near the bottom of the lineup.)

None the less, this is quite a comparable list and with Catchers often costing less than First Basemen, you can clearly see why multiple Catchers have been showing up in my lineups more often. I expect the First Basemen to eventually pull away and create a bigger gap, but it’ll be interesting to see how long this trend lasts.