This entry will look at some early favorites for this week’s tour stop at Colonial Hill. 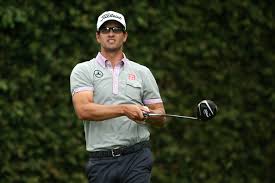 Adam Scott: The newly ranked world number one leads all Golfers in cuts made(33) and ranks second in adjusted scoring. Adam Scott also sits in tenth place in Par 4 Birdie or Better Performance. Look for the number one golfer in the world to make a strong showing this week.

Matt Kuchar: Kooch is the number one golfer in adjusted scoring and will enjoy another round of golf on a familiar course in his home state. Kuchar leads all golfers in top ten finishes this season(9), and ranks first in Scoring Average, first in Par 4 Performance, 3rd in Scrambling, 13th in Par 4 Birdie or Better %, and is top 50 in Proximity to Hole and total putting. 7/7 cuts made here, with a 2nd place finish last year. Kuchar will be a difference maker on Sunday. 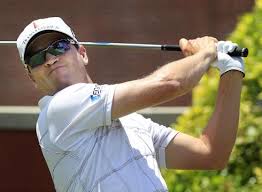 Zach Johnson: Think Matt Kuchar seems like an absurdly obvious roster choice? Meet Zach Johnson. He has 5 consecutive top ten finishes here, including two wins, and holds the course record at -21, set in 2010. Johnson is top 25 in Par 4 Performance(18th), Proximity to Hole(22nd), and One-Putt Percentage(10th) this year. Even with this week’s star-studded list of golfers, Zach Johnson easily stands out as the favorite to win. 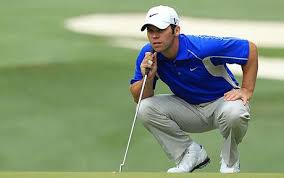 Paul Casey: Casey has been a machine in recent weeks. Three straight top 20 finishes, totaling 5 on the year. Casey shot 5 rounds at 68 or lower in the past month, including a career-best 63 last week at the Byron Nelson Championship. He ranks 6th in Par 4 Performance, 2nd in Proximity to Hole, and 19th in One-Putt Percentage this season. Casey also has solid history here, finishing 5th in 2009 and T13th a year later. Look for Casey to continue his solid play.

Ryan Palmer: This is my personal pick to win it all this weekend. The stars seem to be aligning for Palmer at the right time. Not to say Palmer relies on luck, quite the opposite: Palmer is a DFS golfer’s dream, ranking highly in most relevant scoring statistics: first in Scoring Average Before Cut, fourth in total Eagles, 11th in Birdie Average, 7th in Par Breakers. Palmer finished fifth at this course in 2012, and finished T14 last year. To top things off, Ryan Palmer is a member at Colonial, and his caddie is the club champion! I think Palmer will be near the top of the leaderboards all weekend and find himself in the hunt for the plaid jacket on Sunday.