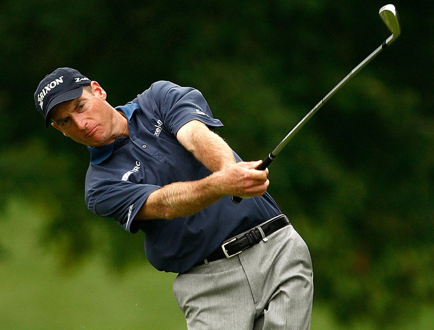 Well, the US Open has left another bad taste in my mouth. To me it seems the USGA hardly ever gets it right and over-complicates things time and time again. There was way too much water on the greens for the third round. Golfers were having to guess would their ball hit and run or hit and stop. Tiger and Furyk had numerous shots stop immediately and most players spoke of how slow the greens rolled Saturday. Then Sunday it was ridiculous to move 16 tee up almost 100 yards. If your local golf course holds a tournament, no one needs a practice round because you’ve seen it and done. PGA tour players get practice rounds to prepare and see how the course is going to play. Besides, noone has a 50 yard hook with a driver (except Bubba Watson who didn’t make the weekend).

The US Open is becoming like a putt putt with the spinning windmill. If the USGA wants to create more drama, they’ll speed up the windmill. Their goal is “supposedly” to try to identify the best player, but all I seem them doing is trying to identify themselves instead of the golfers. There is no telling how many times I saw Mike Davis on TV this week. Atleast the R&A usually gets it right with the British Open. Things are what they are, and golfers can shoot unbelievably low or crazy high depending on the weather.

I might change my mind if the NFL decides to start putting in a water hole on the left side of the 20yd line to divert play to the right side and make things trickier. Or maybe the MLB can make the warning track quicksand. Then that will help “identify” who the best plays are, right?

Overall, I had 11 of 12 guys make the cut on my two different lineup cards in the $22 GPP so I was pretty pleased with that. I managed to squeak out a cash and win a net total of $1. With how hard even regular tour events are getting, I think Draftstreet should think about adding 3 points for golfers that make the cut. Otherwise, next year it might be smart to take the real low priced guys that withdraw and settle for 0 points from them. 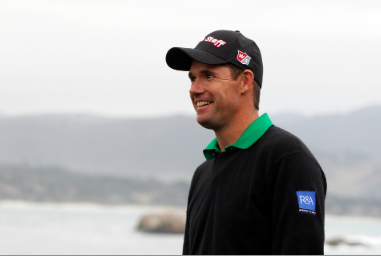 I am only playing BrettFavre heads up this week, so lets’ get right into the golfers:

Fredrik Jacobsen ($21,947): Jacobsen is the defending champion and had a realistic chance to win the US Open heading into the final round. It appears nerves got the best of him and he never was a real factor to contend. He has been playing solid all year and perhaps this price is a bit lower than I was expecting, but I am still passing on him. Golfers that don’t have much experience contending in majors usually get mentally drained. I am passing on him for a week.

Brendon de Jonge ($27,218): Last year during the Fed Ex Cup playoffs de Jonge was my “go-to” lower priced guy. This price is pretty unreal. I don’t care if he wins by 20, I think it is best that I avoided him.

Padraig Harrington ($20,889): Paddy has been messing with his swing ever since he won his 3rd major. It appears he finally got it figured out and had a realistic chance to win the US Open last week. This veteran grinder won’t be mentally fatigued at the Travelers and the price looks good to me. Not picking him lately has burned me, so hopefully scooping him up can bring a few extra points my way this week.

Ryan Moore ($19,780): Really can’t believe Moore is this low priced. He was a runner up here last year and has had success in the past. Add to that he has been on a bit of a roll lately and it seems like an obvious pick.

Patrick Cantlay ($13,291): Cantlay will be making his pro debut this week at the Travelers. He is the reigning US Amateur Runner-up and was the low amateur at the Masters. He shot a 60 last year in this same event that made headlines on his way to a top 25. Cantlay finished as low amateur at the Masters as well, but I’m not buying into him just yet. Granted, he is the best of recent amateurs to turn pro but his college year wasn’t very good and wasn’t in the top 10 of the rankings. I think he knows it is a bit too early to turn pro but with how the PGA Tour is handling qschool after this year, don’t be surprised if most college golfers try to take a shot at qschool a year or two earlier.

Gl this week and don’t forget to check for withdrawals (especially after a major that was across the country, I believe Charl Schwartzel already has withdrawn).