NBA is my first love in fantasy sports and I’m inspired by the RG community and their assistance they have provided me over the two years of DFS play. I will try to make a conscious effort to blog more during the NBA season. I know when I’m playing a sport I don’t know too well such as college football it is hardest to narrow research on the value plays. I think this particularly applies in the NBA, most fans know the studs but it is the value guys that help you win. I have picked to blog about DraftKings NBA Wednesdays throughout the season. I have a new found respect for guys that do these type articles on a daily basis. Hopefully, you can check my picks out on Wednesdays and the help you build your lineups. Feel free to post a comment if I missed somebody or you think I’m dead wrong. Enjoy!

Note: $5,000 is the max threshold price for players listed below 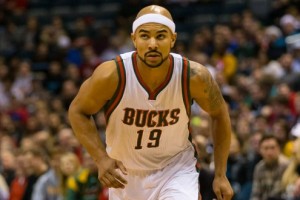 Jerryd Bayless MEM $3,900 (@DAL) 25th last 15 & 11th season vs. PG – He was widely owned Tuesday night and expect him to be widely owned Wednesday night. He made value barely and fading him would be a mistake. He opens up the rest of your roster.

J.J. Barea MIN $3,400 (POR) 16th last 15 & 25th season vs. PG – Ok so you are a “never again” guy. Bayless screwed you as you expected more instead of barely making value (depending on your site). JJ is red hot at the moment with 30 fp in his last 2 and squares off against a Portland backcourt not known for their defense and coming off a back to back. Another solid value play.

$3K Play – Patty Mills SA (@PHO) 28th last 15 & 20th season vs. PG – This is an interesting situation and likely Popovich won’t tip his hand but monitor the Spurs PG situation. Parker has been announced as OUT already but it is unclear who will take the reins vs. the Suns.

Manu Ginobili $5,000 SA (@PHO) 5th vs. SG last 15 & 4th Seasonal vs. SG – Parker is already out so even though the matchup isn’t the best I think Pop will be forced to use Ginobili a bit more to pick up the offensive slack. Manu is generally good for his average of 24.4 fp and he needs 30 to be worth his price tag. I think he gets there tonight.

Martell Webster $4,700 WAS (@BKN) 24th vs. SG last 15 & 26th seasonal vs. SG – Webster was red hot early in the year esp. when Ariza was out. Ariza is expected to play but Webster comes at a nice price and with a plus matchup vs. a Brooklyn squad with Joe Johnson and Paul Pierce on the wing – those two do not want to defend in a meaningless December game. You could do worse than Webster tonight.

Tony Allen $3,800 (@DAL) – Allen is in the spotlight again with Conley expected to miss his second straight game. Allen was solid on Tuesday night and Dallas is middle of the road vs. shooting guards.

Jimmy Butler $4,700 CHI (@HOU) 24th vs. SF last 15 & 17th seasonal vs. SF – Butler has more talent than he showed the other night and the Bulls believe in him. Houston plays at a high pace but the over/under not posted by press time. Butler is probably a little high but if SF is giving you trouble, I like the talent of Butler.

Terrence Ross $4,200 TOR (CHA) 20th vs. SG last 15 & 6th seasonal – Ross is SF eligible on DK even though he sees the majority of minutes as a spark plug SG. The Rudy Gay trade has opened up more minutes for Ross but you still get the discounted price on Draftkings. Charlotte coming off a back to back and have struggled to defend SG recently. Ross over 20 fp in last 3 games.

$3K Play – Mirza Teletovic BKN (WAS) 1st vs. PF last 15 and 6th seasonal – On paper it is a brutal matchup as WAS has seemed to defend the post well but Nene has been out and could return for this matchup. I think if you are needing a $3K SF than check status of Brook Lopez if he is out than queue up Teletovic.

Patrick Patterson $3,300 TOR (CHA) – I don’t really love the value I am seeing at the Power Forward position so that may be a position to spend more on. However, value plays I would consider Patterson.

Jon Leuer $4,500 MEM (@DAL) 27th last 15 vs. C and 25th Season – Leuer is the flavor of the week in the Memphis frontcourt taking the minutes of Kosta Koufos. He is certainly in play at this reduced price 30 min over last 3 games and he should keep it rolling.

$3K Play – Tyler Hansbrough TOR (CHA) 5th vs. PF last 15 and 4th seasonal – The risk here is that Hansborough who is being brought back from injury slowly and maybe he catches a break and gets 20+ min. He is probably pegged for 18-20 min this game (game log min last 3 is 3,9,14). He would be an off the board GPP play.

cb35 is an insurance professional residing in the Boston area. He is currently a top 125 ranked NBA Grinder. With the help of the RG community he has had his best year in his DFS career recently qualifying for both the Draftstreet DFFC and FanDuel FFFC in Las Vegas as well as the Fantasy Feud NFL Feud of Champions event. Other notable finishes 4th place Fantasy Feud MLB Triple Play and Tied for 3rd Daily Joust NBA SuperJoust 2. Feel free to follow him on Twitter @cb35x