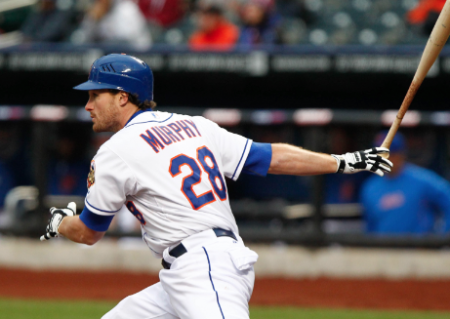 As we get deeper into the baseball season, many of the previous bargains become more obvious to everyone, while some of the unknown players who got off to hot starts are unable to sustain their performance and either come back down to earth a little bit, or in some cases, crash entirely. Here, I’m going to highlight 8 players, one from each offensive position who I have reason to believe should sustain a hot start or even continue to be bargains going forward.

I touched on him a little bit in my last blog, but A.J. Ellis is a big reason why the Dodgers are where they are. Ellis is no fluke and what sets him apart is his incredible discipline at the plate. His 16.7 BB% is further supported by the lowest swing percentage in the league. He’s not going to swing unless you throw him a good pitch. This walk rate is similar to the patience he’s shown throughout the minors. His .376 BABIP is high, but Ellis has also exhibited higher than average BABIP’s throughout his minor league career. When he makes contact, it’s more often hit hard than not as he also has a 21.4 LD% and only 2.9 BB%. A.J. has never shown this kind of power before, so that might not hold throughout the season, but there isn’t much fluky about his production. If only his manager weren’t so stubborn as to keep one of his top on base guys near the bottom of the order, he may score even more runs batting ahead of Kemp and Either, further increasing his fantasy value. He may not be as cheap as he’s been most of the season as people are starting to catch on, but don’t expect him to crash any time soon.

A lot of people will automatically dismiss a Padre position player as a valid fantasy option, especially a left handed batting one, but Yonder Alonso is currently tied with Mark Teixiera with the 7th best wRC+ (118) for First Basemen in the majors (as of 5/30). Alonso isn’t doing it with HR power, which keeps him under the radar, but he’s taking advantage of his gap power, tied for 4th in the majors with 16 doubles. He makes good contact, with an absurd 28.4 LD% and doesn’t strike out often (17.7%). Especially in such a down year for the position, Yonder has the skills to be an affordable fantasy asset going forward.

Murphy is sitting at around his career averages in Batting and On-Base. It’s the slugging that’s way down as you may have noticed by the 0 HR’s. He is on pace for over 40 doubles though and has a career SLG % 60 points higher than his .370 this year. Murph has enough pop for 10 to 15 HR’s over a full season and possibly even a couple more now that the fences have been moved in. He strikes out at a very low rate and once the power comes around a little, he should be a bargain for a while.

Those are pretty good numbers for a relatively unknown Third Baseman. Now take a look at only his road splits. Away from Safeco, he’s hitting: .330/.351/.547 4 HR .383 wOBA 148 wRC+. His batted ball profile seems to be similar in both instances, but his HR/FB is more than double on the road (9.5 to 4.5) and he is a guy that hits the ball in the air over 45% of the time. This looks like someone who can hit once he gets out of Seattle, but some of those fly balls are being knocked down by the heavy air or just not making it out of the bigger park at home. 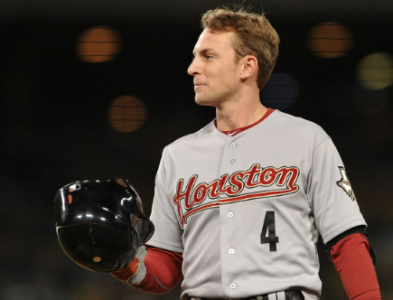 Lowrie has been the 3rd best offensive Shortstop in the majors this year, better than both Reyes and Tulowitzki. Jed is both walking above and striking out below his career averages. He’s doing it with a 23.6 LD% and what’s really changed so far, besides his ability to stay relatively healthy, is his plate discipline. Swing ‘s are some of the 1st stats to stabilize in a season and Lowrie is swinging at 7 less balls out of the strike zone and 5% less pitches overall. He’s making pitchers throw him strikes and not getting himself out. This is important as none of his other stats or indicators are out line which suggests that there’s a strong chance he can keep this up going forward.

Hairston is 2nd on the Mets in HR’s despite being only a part time player. The one thing you notice when watching Hairston is that when he hits a ball, it stays hit, but what’s driving him towards the best ISO (.286) of his career? His 21.7 LD% is 6% above his career average and he has a 23.8 HR/FB vs LHP. What’s interesting is that although he’s been a bit of a lefty masher throughout his career, he had a strong reverse platoon in 2011, but has come back in 2012 to absolutely crush LHP at a 177 wRC+ so far. Playing most of his career in Petco and then last year in Citi Field, Hairston may often get overlooked, but this year, with the fences moved in, Hairston has been making the most of the extra plate appearances he’s received in the wake of Jason Bay DL stint. He should continue to get a lot of work against lefties for the remainder of the year.

Trumbo is not much of a secret anymore and he’s not really cheap either, but can he keep this up and what’s causing it? So the massive thing is an entirely unsustainable .396 BABIP, but it might not necessarily drop below .300 to where it was last year (.274). Trumbo is still striking out at almost exactly the same rate as last year (20.7%) and he’s swinging through the same rate of pitches too (12.8%). The real difference is in his walk rate which has jumped from 4.4 to 7.1%. Trumbo is swinging at 5% less non-strikes and 6.7% less strikes. This is another case of a player waiting to get a good pitch and hitting it hard, which logically would drive up one’s BABIP. So while he’s not a .350 hitter with a .400 OBP, maybe Trumbo is a .270-.280 hitter with an OBP between .320-.350 while maintaining the power he’s shown so far.

Padres sometimes make for valuable fantasy pieces…..on the road. Put him in any other park and he’s a legitimate 20 HR guy, put him in Yankee stadium and that might go as high as 25. Venable’s always had some pop, but like Trumbo, had an affinity for almost every pitch he saw. This year, however, he’s cut his non-strike offer rate 6.4% and strike zone swing rate 3.2% as well. As a result of swinging at better pitches, his line drive rate is 7% higher than his career rate. Broken down further, you see that Venable is a terrific option on the road (.293 ISO, .435 wOBA, 186 wRC+). His HR/FB is 25% on the road compared to 5.3% at Petco. That gap isn’t likely to be sustained, but when you combine the newly found discipline with some well hidden power, you got yourself a valuable player away from Petco.

This is a solid and affordable lineup if the splits line up in your favor on any given night. You’d probably also have enough left over for either 3 pitchers or 2 top level guys.