Another tournament, another country, such is the life of the European Tour.

This week the boys from across the pond are heading east from London, England to Stockholm, Sweden. This is the Scandinavian Masters, but due to advertising rights, its official name is the Nordea Masters. This event is the only European Tour event that is held anywhere in Scandinavia (Norway, Sweden, Denmark, Finland, Iceland and the Faroe Islands).

As someone who is particularly harsh on myself when it comes to my picks, I have to say I did not mind them last week. As usual it was mainly the South Africans that screwed the pooch for me. I am like that pathetic teenager that keeps dating the coolest kid in high school. And even though that kid treats me like crap, I still end up going right back for more punishment. I need to cut my writing ties forever with South Africans so I don’t have to curse Richard Sterne and George Coetzee for shooting +7 and missing the cut by a country mile.

I was surprised when I woke up Friday morning to see the implosion of Søren Kjeldsen. He picked up a lovely triple bogey on the par 5 12th hole to finish one stroke over the cut-line.

Throw out those three and we’re left with five out of my eight picks making the cut. Not too bad. Of those making the cut, James Morrison finished the lowest on the leaderboard and picked up a nice hole-in-one bonus in the final round. That helps the cause right there. Next was Jeunghun Wang, who as a cheap 6K option came in 32nd. Luke Donald didn’t have as good of a tournament as I would have hoped and finished with a 26th place finish. The final two were inside the top 25. Rafael Cabrera-Bello picked up a 21st while Tyrrell Hatton finished in the top 10. With the “Ace” bonus, James Morris was only seven points less at 47th as Hatton at 8th.

As mentioned above, we now head to in Sweden for the Nordea Masters. The event is a Open Championship qualifier, so those not already in the field at Royal Troon in Scotland need these events to qualify. The venue of the Nordea Masters has switched back to Bro Hoff Slott after being played at the PGA Sweden National the previous two seasons.

Since 1991, the Bro Hof Slott venue has been used for this tourney for three years, from 2010 to 2013. The Stadium Course at Bro Hof Slott runs 7,511 yards long and plays to a par 72. It is considered a tight fairway course, although it looks to be a very open layout with limited trees. It looks to have roughly 50 bunkers defending it. The big defender of this course is a combination of vast amounts of water and wind. On the Bro Hof Slott Twitter page, they are advertising it as “Long Drivers European Tour.” So we must look at some bombers this week. 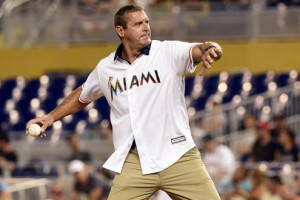 The chalk this week will be names the likes of Henrik Stenson, Lee Westwood and Alex Noren. Stenson will be the highest ranked player in the field. Westwood is going for his fourth Nordea Masters title and Noren is the defending champion who has won this event twice.

The field is packed with Swedish, Danish and Finnish players. This will be very interesting to see ownership percentages.

Analysis: Since we are in Sweden it is only fitting to take a few Swedes in your squad this week. With the majority of gamers flocking to either Henrik Stenson or Alexander Noren, I feel Karlberg will be a little less owned. Not to mention Englishmen Lee Westwood and Tyrrell Hatton. Last week at the BMW PGA Championship, Karlberg finished strong with a 65 to almost tie for the lead despite finishing two hours before the final pairing. Karlberg finished with 299.6 yards off the tee (ranked 13th) and was ranked 5th in putting. Picking up some nice DFS points, Karlberg finished with 20 birdies, which was good for 2nd in total birdies. The last time the Nordea Masters was played at Bro Hoff Slott, Karlberg shot four rounds under 70 to place fourth, alongside Alexander Noren.

Analysis: If there is a hitter that can drive it longer than Karlberg, it is Thomas Pieters. This Belgium boy can blast it to the tune of 303.1 yards per drive this season, good for the 13th place rank in that stat. His season to date has seen him finish with two top 5 finishes and three of his last four starts have been top 30 finishes. Last week at the BMW PGA Championship he was third in driving distance, 17th in driving accuracy and 32nd in green in regulation. While Pieters has never played this event at Bro Hoff Slott, he has had success at this event placing in the top 25 in his only two starts.

Analysis: From one Belgium player to another you might guess where I’m going with this pick. Yes another bomber. In fact Nicolas Colsarts nickname is “The Belgium Bomber”. Colsarts is only three years removed from being a top 50 player in the world. Over the years, Colsarts distance has decreased but he still ranks 22nd on the season. One thing that has not changed over the years is his ability to hit greens in regulation, ranking 8th on the season in that stat. His recent form has been solid, finishing inside the top 25 in his last four starts, including a top 5 finish. The last time Colsarts played at this course he finished 11th in 2010.

Analysis: I really like Andrew “Beef” Johnston this week. So far this calendar year Johnston has made 8 of 11 cuts with a win at the Spanish Open. He has also picked up a fourth place in Qatar and a seventh last week at the BMW PGA Championship. Last week he started off the tournament shooting a four over 76 but then shot under par the rest of the way, including a 67 on Sunday to vault into the top 10. He lead the tournament last week in greens in regulation and was 19th in distance off the tee. In his only trip to Bro Hof Slott he missed the cut. Johnston also has a beard that Graham DeLaet would be proud of.

Analysis: Benjamin Hebert is consistent cut maker this calendar year and I like him as a solid cash game play this week. He’s played 11 events in 2016 and made the cut in nine of them. His is one of the Tour leaders in greens in regulation and is pushing 300 yards per drive as well as hitting fairways at a 60% clip. Last week he placed 12th at the BMW PGA Championship where he shot under par in both par 3’s and par 5’s. He was one of the leaders in total birdies for the tournament as well. In two trips to Bro Hof Slott, Hebert has one made and one missed cut, with his one made cut being in 2010 and was good for a 28th place finish.

Analysis: Callum Shinkwin is a total GPP play for me. His recent form of three consecutive top 25 finishes has my attention not to mention his blazing distance off the tee (11th), his ability to find fairways (40th), and very solid greens in regulation (54th). Shinkwin is a different golfer from last season where he was all about distance. He has dropped 30 yards per drive off his distance (still hitting 303 yards per drive) and has increased his accuracy from 48% to 63%. Shinkwin has never played this course before, but did log a 13th place finish at last years Nordea Masters. Besides, who wouldn’t want to roster a guy with “win” in his name for a GPP team?

Analysis: While I think the Swedish players will be getting a lot of looks this week (as they should), I’m finding myself liking some of the French players as well. Sébastien Gros is enjoying his first year on the European Tour. After playing only one event last season, he is up to 14 events this year and is currently sitting in 66th position in the Race to Dubai. Last week he snapped a six consecutive made-cut streak and he has no history at this event, nor at this course. His stats standout for this lengthy course though. He is hitting the ball 314.3 yards per drive (4th), hitting 60.7% fairways (66th) and 69.2% of his greens in regulation (53rd). Hopefully he will be lowed-owned for a nice GPP play.

Analysis: So here is to hoping Johan Carlsson performs better as a value play than George Coetzee. In 13 events this season, Carlsson is ranked 62nd in the Race to Dubai. As of late he has recorded some solid finishes, including a five of six event run earlier in the season where he finished in the top 25. He has never played on this course but has played this event twice, making the cut once. He is 21st on the European Tour in driving distance and is 47th in scoring average. At last weeks BMW PGA Championship, he was 7th in driving accuracy and 9th in greens in regulation. He carded 17 total birdies and was -7 on the par 5’s.

So there you have it. Some picks to think about when making your European Tour lineups this week.

Good luck to all!