Fading the Chalk: Back in the Money Again 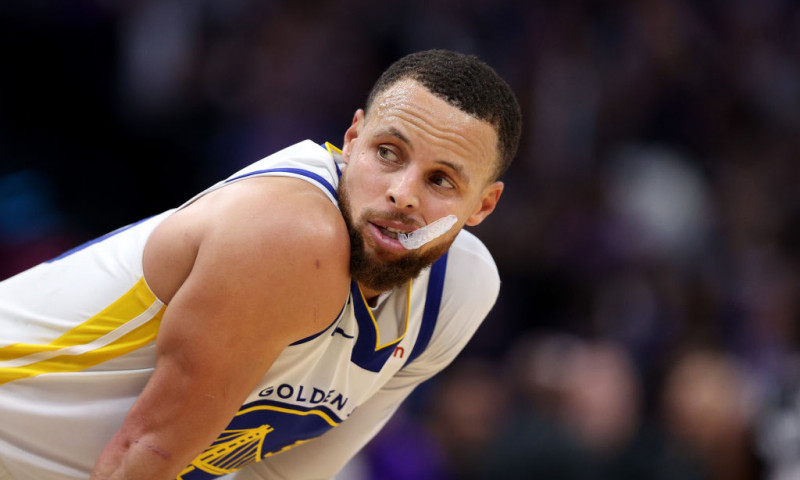 I know that the picture for this article today should be James Harden. He deserves the cover photo of just about every hoops article that gets published today. But I was shocked to see that a lot of the experts weren’t on James Harden last night. And everyone was all over Stephen Curry.

Plus…let’s be honest…everyone else is going to use that Harden picture, so this is my way of being a bit of a contrarian.

My Lineup: The Houston Rockets All-Stars 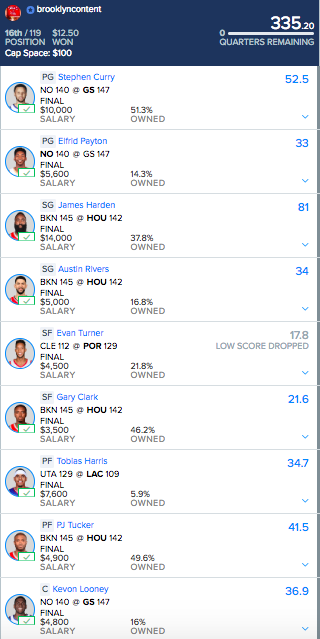 Every lineup discussion yesterday started with what combination of James Harden and Anthony Davis you were thinking about using. My first instinct was to jam in both of them. Then I thought about fading both of them. But after a little more thought, I decided that the best approach might be to find a way to pick on and fill in a lineup from there.

Another thing that pushed me in that direction was that I felt Stephen Curry was more of a “must-play” than either of those high-priced studs. This was simply because I didn’t like any of the PG options outside of Curry and Elfrid Payton, where I had other option I could go to at SG or PF.

The thing that eventually swung my opinion to James Harden over Anthony Davis was that the Rockets just didn’t have anyone else to score points for them. They really didn’t even have guys to eat minutes. Shoutout to Milo in my Slack Chat for pointing that out to me.

So after plugging in the two PGs I liked, the next guys into my lineup were James Harden, Austin Rivers, Gary Clark, and PJ Tucker. I played around with a few options for the last three options, but I liked Evan Turner as a punt and Kevon Looney as a cheap C. That gave me enough extra salary to get up to Tobias Harris. 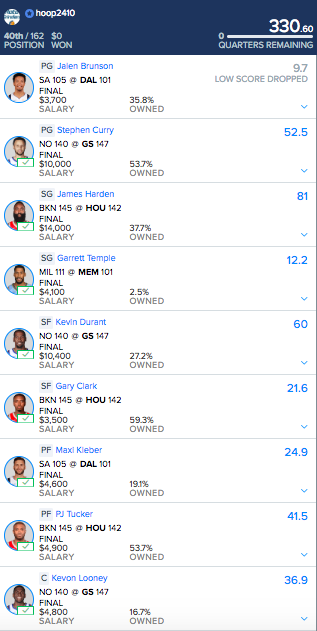 Hoop2410 found a way to cram in Kevin Durant along with Stephen Curry and James Harden, but the discount guys that he used to make that happen like Jalen Brunson and Garrett Temple didn’t come through for him. 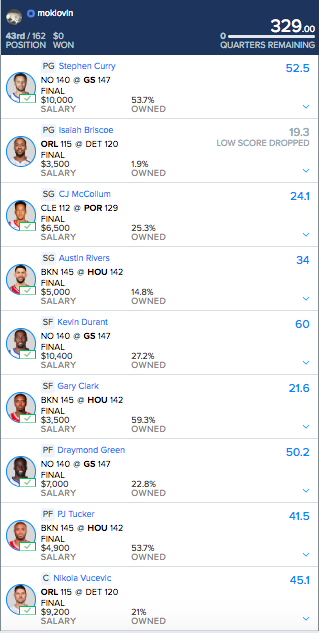 For a guy that faded James Harden 81 point night, Moklovin really did a great job putting up a fight, but he wasn’t able to make up that much ground even with a 50-burger from Draymond Green. 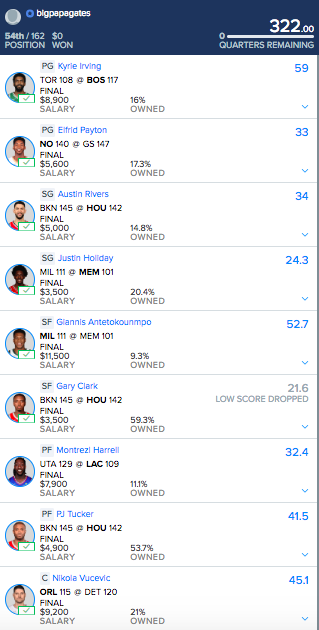 BigPapaGates did his thing going contrarian with Kyrie Irving and Giannis Antetokounmpo and fading all of the popular studs. But just like we saw for Moklovin, even great nights from guys like Kyrie and Giannis weren’t enough to overcome the Harden fade. 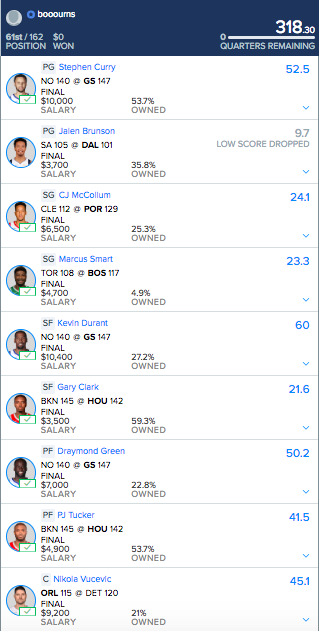 Booourns was in on the Warriors stack with the Rockets not named James Harden. But just like we saw from everyone else, their upside just wasn’t enough to keep pace with the upside of the James Harden lineups. 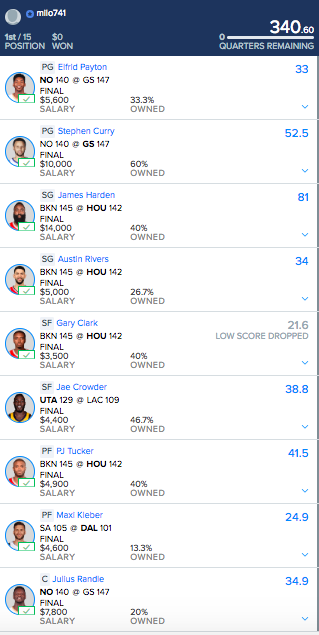 I took second place in the AndyBowsers Slack Tournament last night right behind Milo741, which is fitting because he was the one who convinced me to load up on Rockets role players.

I am thrilled that I did so well last night, but the fact that most of the experts chose to fade James Harden has me worried that I missed something and should have been on the Golden State stack with them. But I also know that you have to enjoy the wins when they come, so I’m going to let myself be happy with this one and worry about matching up with the experts tomorrow.

Speaking of tomorrow’s article, we have a legit slate on a Thursday for the first time in months. Let’s get to work on that research and I’ll be back in the morning with another edition of Fading the Chalk.