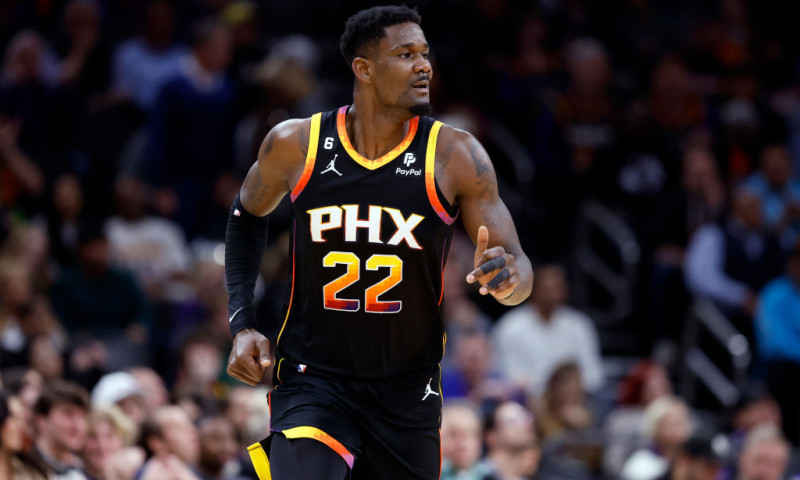 I thought I was all over the news last night, but one decision made the difference between finishing in the money and finishing at the very back of the pack. One decision. One decision to take a risk on a very inconsistent player.

I’m not happy here, so let’s just get into it.

My Lineup: Stacking Up Suns, Lakers, and Celtics

My lineup construction revolved around injury news last night. With Kyrie Irving out, I wanted to get Terry Rozier and Marcus Smart in there. And with Marcus Morris out, I felt good about playing Jayson Tatum.

The Lakers were already without LeBron James and Rajon Rondo, and it didn’t look like Kyle Kuzma was going to be able to play either. That put Lonzo Ball and Brandon Ingram into must-play territory for me.

On top of all of those news-related plays, I really liked the upside of the Suns last night, and I thought the pricing was reasonable for Devin Booker, TJ Warren, and Deandre Ayton.

I also felt like any of the Knicks PFs could be in play, and Noah Vonleh was the one that fit into my lineup once I plugged in all of those other guys. 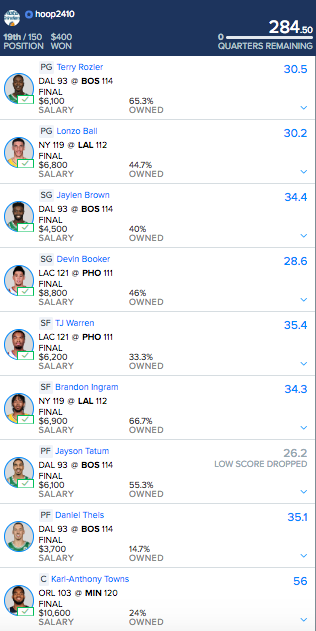 This lineup from Hoop2410 shows just how close the difference is between cashing and finishing close the bottom of the standings. He had the same approach that I did, but he went down from Marcus Smart to Jaylen Brown and then also played Daniel Theis, which allowed him to roll with Karl-Anthony Towns instead of the inconsistent Deandre Ayton. 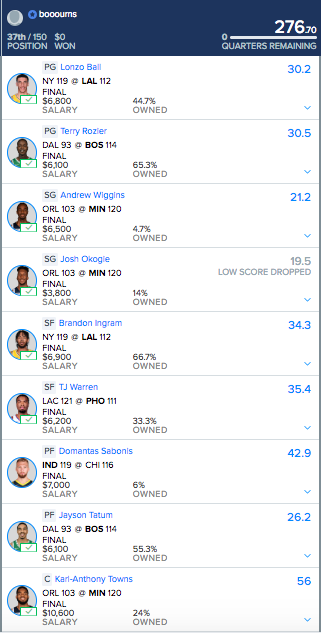 Booourns switched it up a bit and went with the Timberwolves SGs instead of Devin Booker and one of the Celtics SGs. That gave him enough extra salary to pair Domantis Sabonis with Jayson Tatum. Sabonis had a big game, but Andrew Wiggins and Josh Okogie were both terrible. 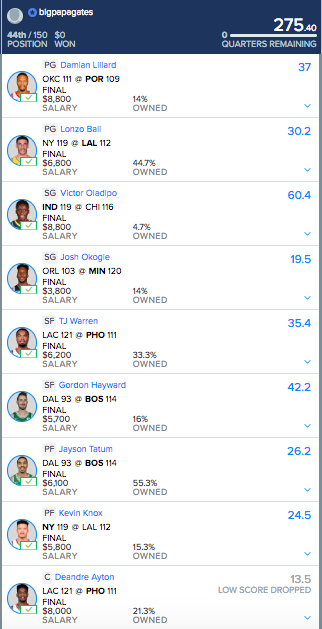 If you wanted to make me feel better about my decision to play Deandre Ayton, you could point out that BigPapaGates was in on the same play. There is some level of reassurance there, but I’m also not trying to be the contrarian player that BPG is. 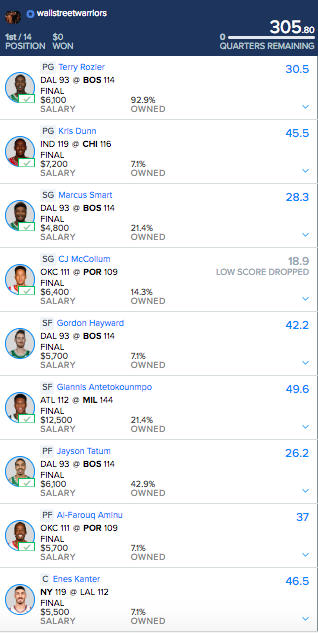 Speaking of contrarian players, WallStreetWarriors was the big winner in the AndyBowsers Slack Tournament with this lineup that found low-owned scores from Kris Dunn, Gordon Hayward, Giannis Antetokounmpo, Al-Farouq Aminu, and Enes Kanter.

The simple swap to turn my lineup into the one that Hoop2410 cashed with is something that should have been obvious to me, but I didn’t see it. That’s a problem. But I can’t let that problem become something that messes up my decision making moving forward.

That’s why today’s big takeaway is that you have to have a short memory. Like a good closer after blowing a save, you have to put that right out of your mind and start fresh the next day.

Fortunately, we have a brand new slate to tackle today, It’s also NFL Wild Card Weekend, so I’m sure that I’ll put together a lineup for that and make some terrible bets as well. Let’s get to work on that research and I’ll see you back here tomorrow for another edition of Fading the Chalk.