Fading the Chalk: Moving to DraftKings 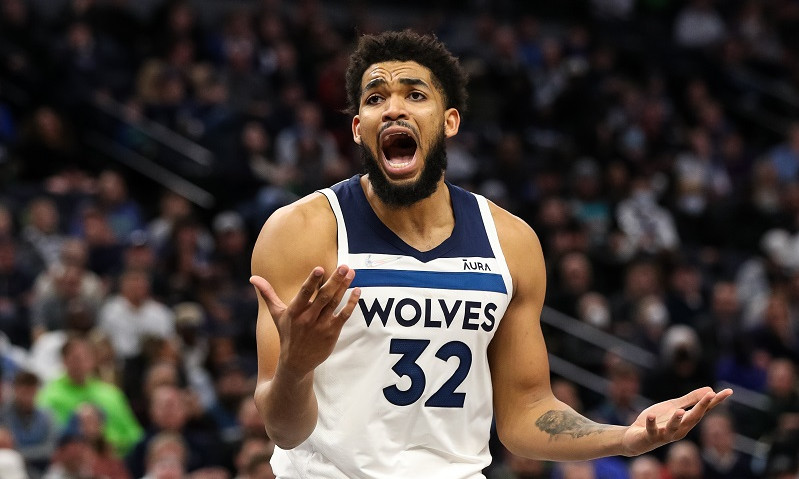 Let me start this off by saying that I have never had a strong feeling about late swap one way or the other. I see both sides of the argument, and I think both opinions are very reasonable.

With that said, I think dropping the lowest score might be one of the worst changes either DFS site has made in years. I don’t like that at all.

So while I did make the switch to DK because I got screwed on the DeMar DeRozan late scratch on Friday night, this is something that has been building for a while now.

DK seems to be where the big boys play, and I want to test my puzzle-solving skills against the best of the best. So let’s get after them. 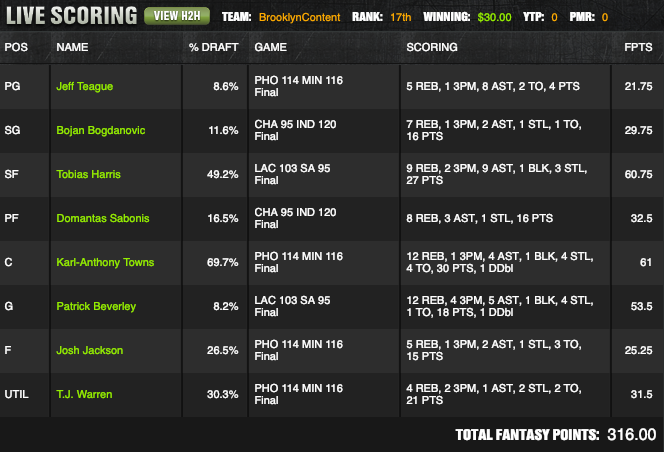 I have absolutely no clue how to build a line on DK, so let’s start out with a top-down perspective here. I knew that I wanted to have some exposure to the Twolves and the Suns. Then I was also looking to work in pieces from the Clippers and maybe the Pacers.

You always want to have the best player on the slate when you are playing a short slate, so I went with Karl-Anthony Towns as my focal point. I also saw that Patrick Beverly had the chance to pay off his value quickly with Danilo Gallinari out.

Speaking of Gallinari out, that meant big things for either Tobias Harris or Montrezl Harrell, so I was definitely going to have one of them in my lineup, even if it meant I had to pass on Devin Booker as a huge dog.

If I couldn’t afford Booker, I could still find some Suns exposure through guys like TJ Warren and Josh Jackson. Then with those guys as by basic framework, I was able to fill in with Domantis Sabonis and Bojan Bogdanovic to finish out my lineup.

My lineup came through nicely, but was it actually a good lineup? Let’s see what some of the experts have to say. 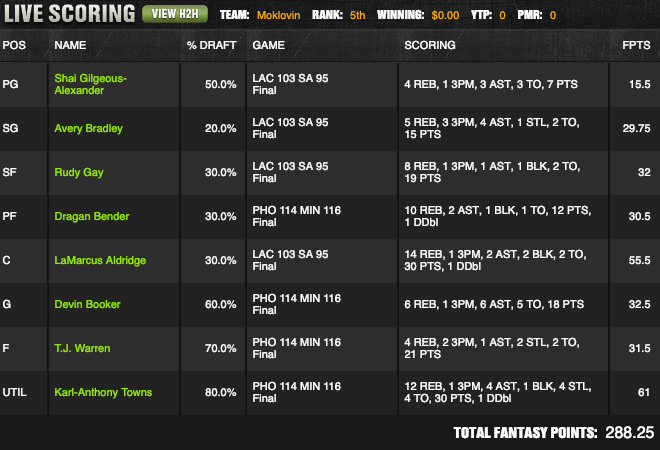 Moklovin agreed with me on Karl-Anthony Towns and TJ Warren, but that was where the similarities ended. He chose to pay up for LaMarcus Aldridge and Devin Booker, then he went with different discount Clippers in Shai Gilgeous-Alexander and Avery Bradley. He also went cheap with Dragon Bender. 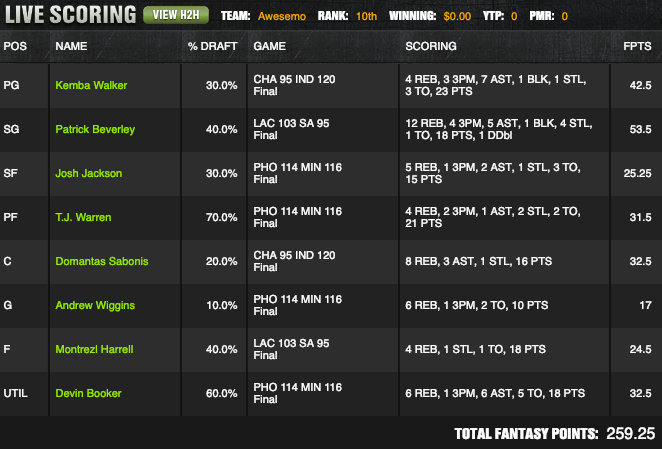 Awesemo played the Patrick Beverly, TJ Warren, Josh Jackson, and Domantis Sabonis combination that I liked, but he was one of the few people who chose to fade Karl-Anthony Towns. He also rolled with Montrezl Harrell instead of Tobias Harris. Then he used the extra money to pay up for Kemba Walker and Devin Booker. 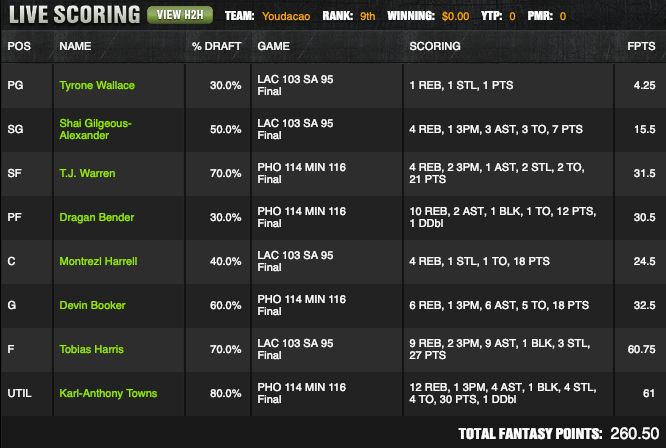 Youdacao was also in on some cheap Clippers along with Dragon Bender, which allowed him to combine Karl-Anthony Towns and Devin Booker with both of the Clippers PFs and TJ Warren.

After two slates playing on DraftKings, I feel like the pricing leaves more options on the table than it does on FanDuel. It could just be that it’s different, but time will tell I guess.

I should also comment that I am much more comfortable with the flex spots and multi-position eligibility than I thought I would be. I expected to be overwhelmed with options, but I haven’t found that to be the case just yet. Again, time will tell.

We have a huge slate to tackle today, but it’s an early/all day one that I am probably not going to have time to mess around with. However, I will be playing on DK tomorrow night and will be back on Wednesday with another edition of Fading the Chalk.