Fading the Chalk: One Play Everyone Agreed On 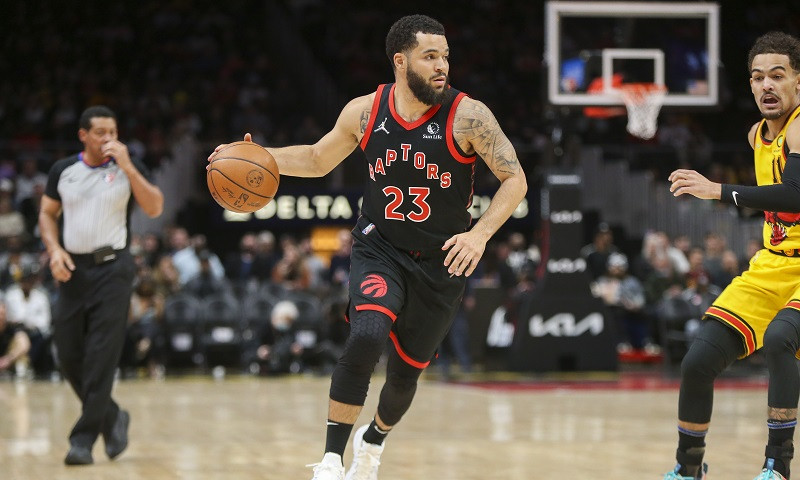 Last night was another NBA slate where I got most of the decisions right, but missed on one major one that wrecked everything for me. However, it was fun to see that just about everyone was on one specific play, and it wasn’t James Harden or Anthony Davis. It was Fred VanVleet.

In other news, yesterday was a huge day in my recovery from Achilles surgery. I was finally able to break through the mental barrier and take some steps. My entire foot is still extremely sore, but I’m walking again. And I’m pretty sure that puts me ahead of the Boogie Cousins timetable.

My Lineup: The Stars & Scrubs All-Stars 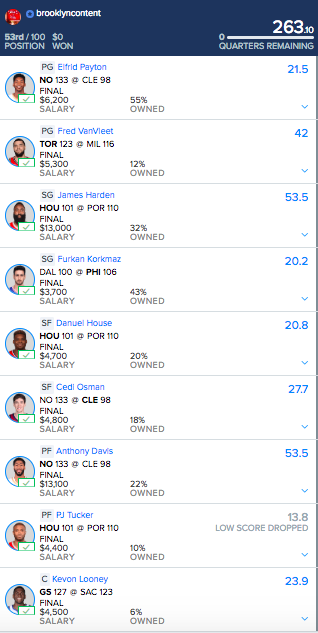 I actually thought that last night’s slate was a fairly obvious puzzle to solve. You definitely wanted to get James Harden and Anthony Davis involved, and there were plenty of cheap value guys to choose from in order to make that happen.

On top of that, it seemed like Elfrid Payton and Fred VanVleet jumped off the notebook page, so they were definitely going to be in play. Pairing those two with my two studs left me looking for value pretty much everywhere else.

Kevon Looney stood out early in the day as the value option at C. And remember earlier this week when I didn’t get Furkan Korkmaz in when Jimmy Butler was out? I didn’t make that mistake again last night.

PJ Tucker was a pretty obvious choice for the cheap PF spot, and that left you with a choice between guys like E’Twaun Moore, Cedi Osman, and Danuel House to finish out the lineup at SF. 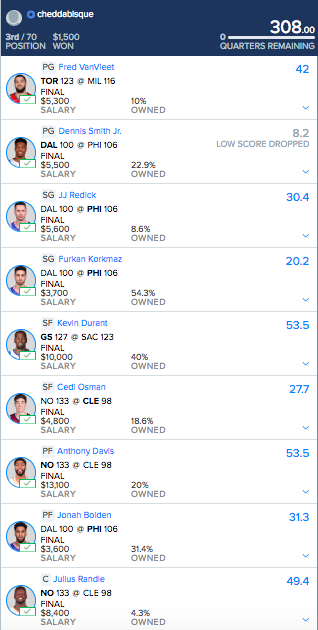 CheddaBisque was at the top of the $222 Single Entry Tournament with this lineup that faded James Harden in favor of going cheap at SG. He rolled with Kevin Durant instead and used the extra salary to spend up on Julius Randle. 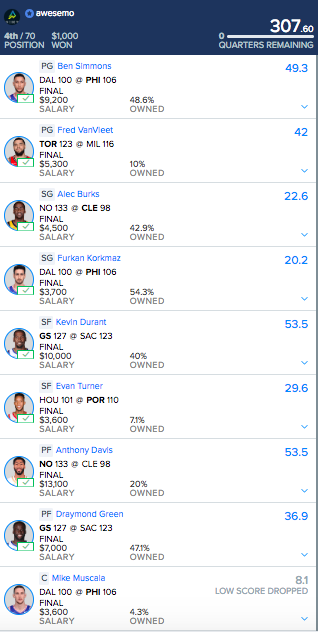 Awesemo also faded James Harden in favor of Kevin Durant and two cheap SGs, but he went super cheap at C with Mike Muscala and used the extra salary to spend up on Ben Simmons and pair him with Fred VanVleet. 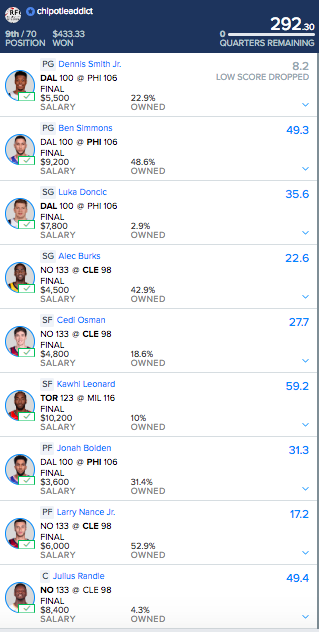 ChipotleAddict went ultra-contrarian and faded both James Harden and Anthony Davis. He spread his salary around with guys like Ben Simmons, Luka Doncic, Kawhi Leonard, and Julius Randle. 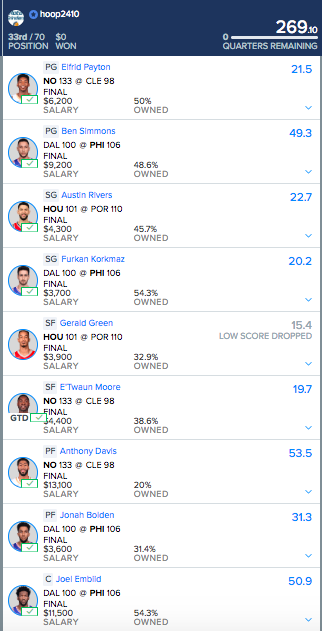 Even Hoop2410 was off of James Harden last night. Instead, he paired up Ben Simmons and Joel Embiid with Anthony Davis, and then went as cheap as he could everywhere else. 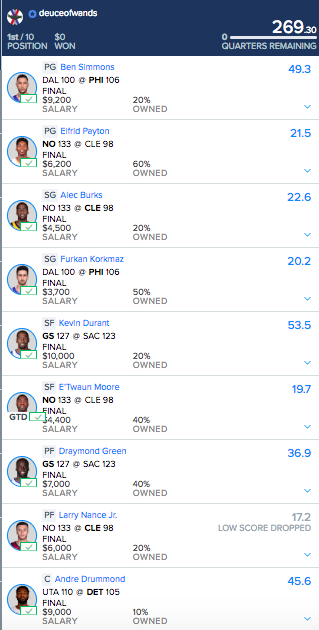 DeuceofWands was the top score in the AndyBowsers Slack Tournament with this lineup that also got off of Harden in favor of cheap SGs. Deuce also got away from Anthony Davis and instead paid up for guys like Ben Simmons, Kevin Durant, Draymond Green, and Andre Drummond.

Apparently, there is a price level where even the best stars and scrubs experts will back off of guys like James Harden and Anthony Davis. I thought it made sense to pay up for both of them last night, but it doesn’t seem like anyone agreed with me on that one.

Fortunately, I have the opportunity to brush off that L and move right onto the next slate. Unfortunately, with three early games today, our main slate is only going to have four games to work with. Let’s get to work on that research and enjoy the rest of Wild Card Weekend. I’ll be back tomorrow morning with another edition of Fading the Chalk.