Fading the Chalk: The Best Way to Handle the Worst Slate of the Season

I have been playing DFS just about every single day for a little over a year now. I’m not good enough to be considered a grinder, but I’m also not losing money all that much either. I want to get better. I have read in a few different books that one of the best ways to get better is to take the time to go back and analyze how your choices stack up against the people who are winning the contests you are playing. Taking the time to do that research is the motivation behind these Fading the Chalk articles. If you’d like to talk more about your research process or any other aspect of DFS, hit me up on Twitter: AndyBowsersDFS. 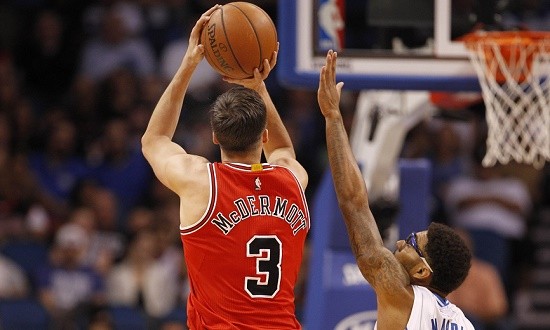 Before I dive into breaking down the absolute chaos that was last night’s NBA slate, I have to break some bad news. Starting tomorrow, I will be on vacation through the end of next week. FanDuel has already informed me that I won’t be able to play from outside the country, and my wife has already informed me that she won’t be tolerating any writing or research on vacation…so it doesn’t look like I’ll be able to provide much content while I’m away. But don’t worry, I’ll be back to the grind starting next Saturday.

As for last night’s slate, I remembered saying after a four game slate a few weeks ago that I was going to have to start reducing my volume on these shorter slates, and that is exactly what I did last night. I just took two head-to-heads so that we could see what the pros did, and then I also entered the $10 single entry tournament. Of course, as luck would have it, I did pretty well and cashed everywhere on my lowest volume night of the year. But once again, we are focusing on process, not results, and the correct process for small slates is to lighten your volume because literally anything can happen.

My Team: The Dougy McDermott All-Stars Everything last night started with the two studs. I was pretty sure that both of the pros I was challenging were going to find a way to get Russell Westbrook and Anthony Davis into their lineups. On a short slate, you need as many raw points as possible, and locking those two guys in early was the best way to get them. In order to make that work, I needed some decent value. For that, I looked to Michael Carter-Williams, Buddy Hield, and Doug McDermott.

From this rough outline, I saw two different directions that I could go. The Pelicans and Knicks had the highest total of the night, and I already had Hield and Davis, so Carmelo Anthony was definitely an option, but I felt like his price was just a bit higher than I could really be comfortable with. My other option was to put together a Thunder stack by adding Victor Oladipo, Enes Kanter, and Steven Adams alongside Russell Westbrook.

Since I was just playing one tournament and a couple of head-to-heads, I thought that focusing on the second highest total on the board might give me some differentiation over the people who were going all-in on Pelicans and Knicks. Sure enough, that is exactly what happened, and Enes Kanter was only 11% owned in that single entry tournament.

Head-to-Head With the Pros

I’m not sure if the pros follow that advice about playing less volume on shorter slates, but I had no problem grabbing head-to-heads against any of our regularly featured guests yesterday. As I expected, @csuram88 found a way to fit both Russell Westbrook and Anthony Davis into his lineup, but he did it by going double cheap at small forward with Andre Roberson and Doug McDermott.

Saving money at small forward, and then even more with Courtney Lee at shooting guard, allowed Pete to move up to Jrue Holiday as his second point guard. He then filled in with Victor Oladipo, Gorgui Dieng, and Steven Adams. I had made a very similar lineup trying to predict where he would go earlier in the day, and the only difference is that I expected him to go down to Michael Carter-Williams and up a little higher than Andre Roberson at small forward. Our buddy @BirdWings went with Andrew Wiggins and Doug McDermott at small forward, which is more what I would expect from these two pros, but then he shocked me by passing on Victor Oladipo in order to go with Courtney Lee and Buddy Hield at shooting guard and move up to Derrick Rose as his second point guard. Obviously the Derrick Rose play didn’t work out, but it was hard to see that one coming.

What has me more interested is that both of these pros saw a good reason to play Courtney Lee, who I never even bothered to consider. My guess is that they just played him because he was locked into playing minutes on a short slate with few options, but even then I don’t understand why you would bother with a guy that terrible.

Taking Down the Big Tournaments Like most short slates, the key to taking down a big tournament last night was to focus on the game that no one was paying attention to. And since the two high scoring games turned into blowouts and Russell Westbrook didn’t make value, putting together a lineup with Anthony Davis and Karl-Anthony Towns was exactly the way to do that last night.

We saw @boooourns win the $1065 Baller on Sunday, and now he followed it up by winning the $300 Monster on Monday using that exact strategy. By getting a big game out of Ricky Rubio instead of using Russell Westbrook, he was able to pair him with Jrue Holiday and still save enough salary to move up to Dwyane Wade and Carmelo Anthony and take down the $25k top prize.

My Results: Making in Rain in the Cheap Seats

As luck would have it, on a night where I reduced my play to virtually nothing, I dodged every major landmine across this three game slate and won all three of the contests that I entered. Sure would have been nice to play a bit heavier, right?

As you probably expected, this is what the breakdown by game type looks like. I won both head-to-heads, and then did a little better than doubling up in the $10 single entry tournament.

It was great to see my lineup do well last night, but don’t make the mistake of thinking that variance didn’t play a huge part in that success. Anything can happen on a short slate, and just a few breaks in a different direction could have totally sunk me. So despite having success last night, I am going to continue to play very conservative when it comes to these short slates.

But with that one behind us, we now have the good fortune of looking forward to a beautiful nine game slate tonight. Time to head over to the NBA First Look by @notorious and get to work! I am planning on playing tonight, but will be on a plane early tomorrow morning, so I won’t have time to write about it. After that, I’ll be away from the game for about 10 days trying hard not to exhibit any withdrawal symptoms. Good luck to everyone over the next few weeks and I’ll be back soon!