Fading the Chalk: What's Wrong With My Game Lately? 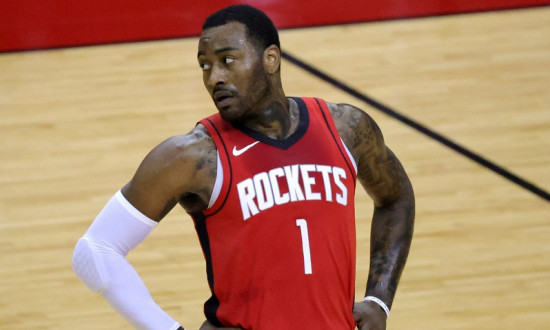 Let’s start this off on with some good news today. I went to see the doctor yesterday, and it looks like everything is healing in the right places. Hopefully, by the end of this week or early into next week I am going to be able to walk in the boot without crutches. That puts me one step closer to getting my life back.

On the negative side, my DFS lineups have been absolute trash for like a week straight now. When that happens, it’s usually because I haven’t been doing my proper post-slate reviews. And since I haven’t been getting up to blog, that’s exactly what I think the problem is right now.

So let’s get that corrected right here, right now and talk about where I went wrong last night.

My Lineup: The Guy Who Faded LeBron

My original plan last night was to play LeBron James and fade John Wall. But after spending most of the afternoon debating it, I decided that the values on Jeff Green and Joe Harris were too good to pass up and that Wall had a great chance to outscore LeBron at a cheaper price.

Outside of those guys, the one play that I was locked onto was Bradley Beal, who I feel so bad for because it seems like he really hates playing in Washington but he can’t come out and say that.

From there, I locked in Tyson Chandler as my center, which freed up enough space to fit Spencer Dinwiddie and either D’Angelo Russell or Kent Bazemore as my second SG.

Then I had about a half dozen PFs on my list, but the value in Rodions Kurucs allowed me to fit in John Collins, so that seemed like the best option. 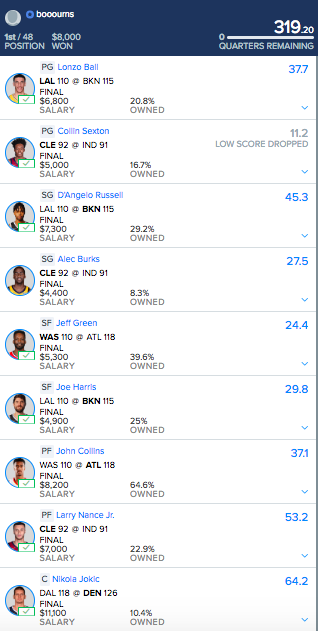 Our buddy Booourns took down the $8,000 top prize in the $535 Rainmaker with this lineup that actually faded both LeBron James and John Wall. He stayed away from Bradley Beal, too!

He went the same cheap route that I did with Jeff Green and Joe Harris at SF, but then he used the extra salary he saved by fading John Wall to pay up for a trio of big men in John Collins, “(player-popup #larry-nance)Larry Nance Jr, and Nikola Jokic. Then he finished up top with Lonzo Ball, D’Angelo Russell, and two cheap Cavs guards. 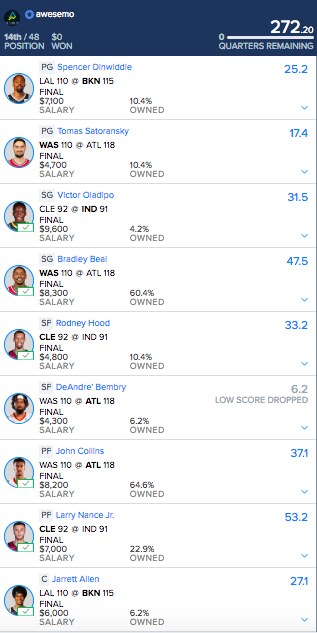 Awesemo finished just outside the money, but he also faded LeBron and Wall in favor of spreading the salary around with guys like John Collins and Larry Nance, Jr. He also paid up for Victor Oladipo, which ended up being the decision that him. 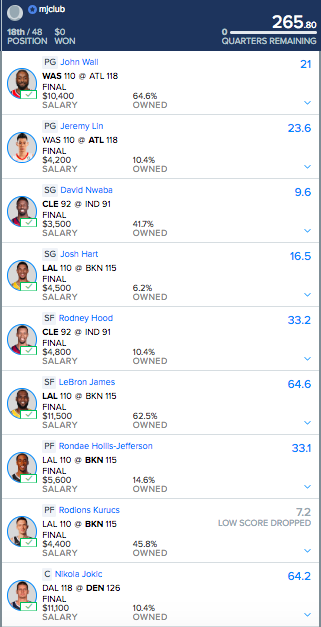 MJClub took the opposite approach and paid up for both John Wall and LeBron James. He was able to do this by going super cheap at SG with guys like David Nwaba and John Hart. Add in some value like Rodney Hood and Rodions Kurucs and he was able to get up to Nikola Jokic too. 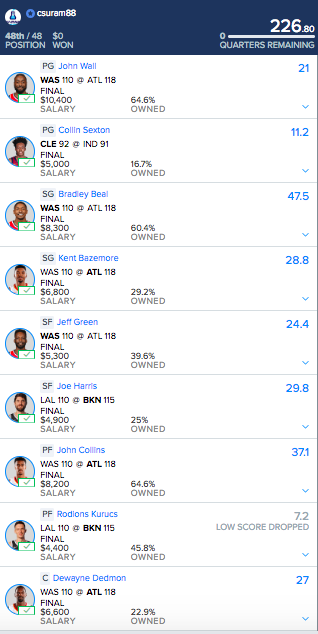 Then there was my man CSURAM88, who finished in last place in the Rainmaker with a lineup that was only a 2v2 swap away from the one I put together. I guess great minds think alike, but that didn’t really work out for either of us last night. 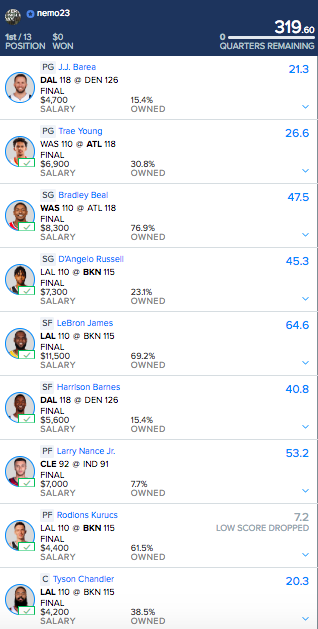 Nemo23 was the top score in the AndyBowsers Slack Tournament, and he also put up just enough points to edge out Booourns in the Rainmaker if he would have entered it.

His approach was to roll with LeBron and fade John Wall, and that worked out extremely well when he paired it the strategy of going cheaper at PG in order to fit D’Angelo Russell, Bradley Beal, Harrison Barnes, and Larry Nance, Jr.

So I spent the first part of this article thinking that I was wrong to fade LeBron on a short slate. But after reviewing some of the expert lineups, it turns out that my real problem is that I didn’t fade John Wall as well. I also didn’t recognize the upside in D’Angelo Russell, Larry Nance, Jr., or Nikola Jokic.

This is a perfect case study as to why it is so important to do a proper lineup review following each and every slate. And it’s probably the best reason that I haven’t made any money all year long on those NFL slates.

Fortunately, we have a brand new slate to tackle today, and since I am feeling better, I am going to be working through my research WITH BOTH FEET ON THE FLOOR. Let’s get right to that research and I’ll see you back here tomorrow for another critical lineup review.