Previously, we highlighted some quarterbacks that stood out in FanDuel’s newly-released NFL pricing for Week One. Now let’s take a look at the running backs. Keep in mind that FanDuel uses a half point PPR for their scoring. 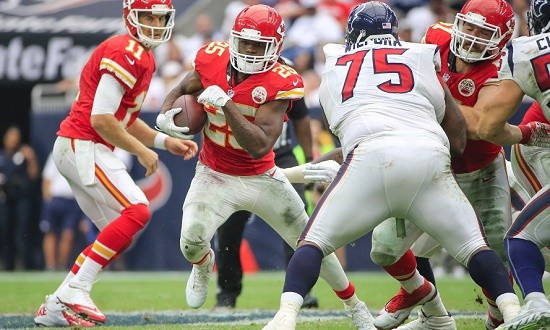 Top projected point-scorers regardless of price.

Jamaal Charles KC (vs TEN) $9,800 — FanDuel did a good job pricing the top tier of running backs. The top options that you’d want are all priced to where it will be tough to roster them. Charles finished last year with 20 or more points in half of his games and under 12 points just once. That said, new Titans defensive coordinator Ray Horton is one of the best in the business. He’ll likely run a hybrid of a 4-3/3-4 defense since he currently lacks the personnel for his preferred attacking 3-4 formation. Later in the season, this is probably going to be a defense that you want to avoid taking players against. But with the defensive line especially, you might see guys struggling with new pre-snap positioning and post-snap responsibilities in the beginning.

LeSean McCoy PHI (vs JAC) $9,400 — If you’re looking for an elite cash game play, this might be your guy. McCoy led the league in carries and touches yet he didn’t miss a single game. The fast pace of this offense suits him perfectly, and if the Eagles rack up a big lead, it’s McCoy that they will trust the ball with. If the game is competitive or if they are trailing early, McCoy will be heavily involved in the passing game. Few running backs in the league have the versatility and skill set that he has. As I mentioned in my previous post, the Jaguars did little to improve a defense that gave up 131.8 rushing yards per game last year. 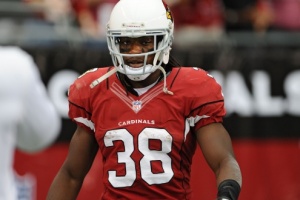 Andre Ellington ARI (vs SD) $6,800 — Bruce Arians has already proclaimed that Ellington will get the ball 20-25 times per game this year. And out of all running backs with 150 or more touches in 2013, Ellington finished first in Yards After Contact per Attempt with 3.15. Combine the expected opportunity volume with his efficiency numbers, and you have a nice, high-ceiling option for under $7,000. The matchup isn’t bad either. San Diego’s overall defense did improve some in the second half of 2013, but only three teams gave up more yards per attempt on the year: Dallas, Atlanta and Chicago.

Frank Gore SF (@ DAL) $7,200 — Frank Gore isn’t done yet. Rookie Carlos Hyde is very talented but will be worked into the offense slowly, eventually as the team’s goal line back. Marcus Lattimore still hasn’t fully recovered from his injury in college, and unfortunately might never. You’re going to see Gore handling most of the workload early in the season. The Cowboys are going to be a popular team for DFS players to attack this year. There isn’t a position that they will be able to defend well. Feel free to target quarterbacks, running backs, wide receivers and tight ends against them. 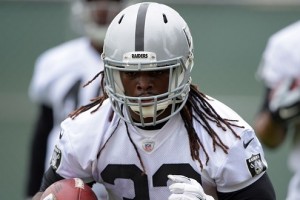 Trent Richardson IND (@ DEN) $6,400 — Richardson will have had nearly a full year to learn the Colts’ offense by the time he takes the field in Week One against the Broncos. Last year, the Colts only exposed him to certain offensive packages and removed him from others. He’ll see the field a lot more this year and his confidence will be high. It’s not a popular strategy to use running backs for teams that are more than a touchdown underdog, so he’s likely going to go somewhat unnoticed. However, the Colts strongly believe in Richardson and especially his value in the pass game, so — as a contrarian tournament play — it’s worth a shot.

Darren McFadden OAK (@ NYJ) $6,200 — It will be tough to beat the Jets running inside the tackles this year. The optimal route is to avoid Sheldon Richardson and Damon Harrison by getting outside and straight at poor tacklers like Dee Milliner. Easier said than done, but McFadden would fit that game plan in this timeshare much better than Maurice Jones-Drew at this stage in their careers. Everyone brushes off McFadden, but most of his struggles have been due to injuries. If he’s healthy and playing, he’s always got a good shot at producing.

Shonn Greene TEN (@ KC) $5,100 — New Titans head coach Ken Whisenhunt was very successful using a two-back approach in San Diego last year. If everything translated perfectly, then Greene would have the role of Ryan Mathews as the tough yardage/goal line back while Bishop Sankey fills the role of Danny Woodhead as the more versatile runner/pass catcher. Mathews surprised a lot of people last year by finishing with nearly 1,500 total yards. While Greene won’t approach those numbers, he did put up over 1,000 rushing yards in consecutive years with the Jets before coming to Tennessee. The matchup against Kansas City is better than it sounds. Despite being touted as an elite defense, they gave up 4.5 yards per carry, which ranked them 26th in the NFL.

C.J. Spiller BUF (@CHI) $7,600 — A lot of people are going to pounce on Spiller at this price. The Bears gave up 161.4 rushing yards per game last year, which was the most in the NFL by a significant margin. But highly-owned boom or bust players are the best ones to fade. If you really want exposure to a running back in this game, you might as well go with Fred Jackson and save nearly $2,000. He’s used more near the goal line and has been better in the passing game.

Again, I will do my best to respond to questions and comments below.