July 6th Recap: Picks went 2/3 but we hit out bonus bet. Barty still looks so dominant and I still plan on rolling with her just about every match until she finally looks beatable. I figured the Berrettini match would be a close affair, it just ended up being too close for comfort. The first and third sets of the Pouille/Federer match were entertaining and good tennis, but Fed was just too much for Pouille. Fed has his way at the net, which I knew would be a problem for Pouille if he was not hitting those deep baseline returns. The bet did pan out easily though so hopefully you made some off of that play!

The biggest surprise percentage owned wise was Kiki Bertens, who was majorly owned on both sites and fell in straight sets to Strycova. It is onto week two and the fourth round which gives us some interesting matchups! 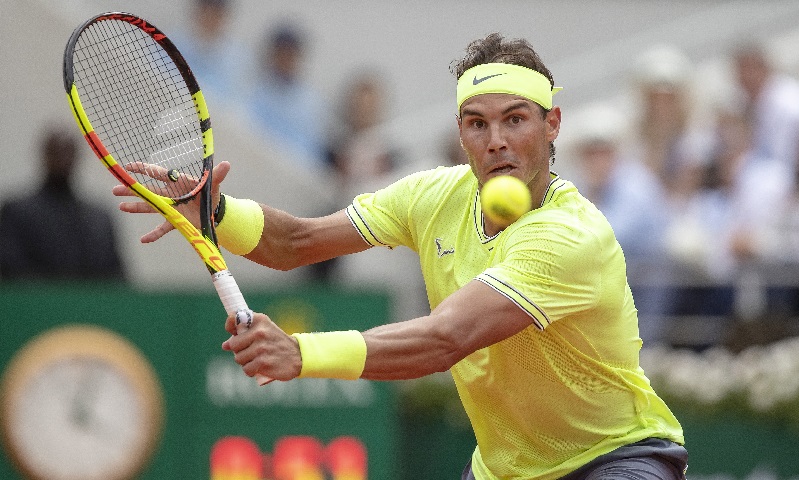 I do not see any of the four expensive picks losing this week, but I feel Rafa has the most upside and could pull the best score of the four. I usually do not like to roster Rafa on grass; he has had some bad losses at Wimbledon, but I think he is playing the weakest player left in the field for both the men’s and women’s draws. Rafa is currently a -3000 favorite, which is second on the slate to only Djokovic. Nadal holds a career 2-0 record against Sousa, both matches were on clay. What worries me the most about Nadal on grass is his serve. Against Kyrgios who coming into that match only was winning return games at an 11% clip converted on both of his break opportunities. Where my nerves are eased with Nadal’s serve is that Sousa on grass this year is only winning return games at 16%. Evans, who has a mediocre serve at best, gave Sousa 16 break attempts and Sousa broke Evans on 8 of those attempts. Luckily, Nadal is a much better server and should only give up 3-4 break attempts to Sousa, I would imagine.

I do feel Sousa will get bageled at least one set because of how weak his service games are. On grass Sousa is holding serve 82% of the time, which does not sound terrible but for grass is not a great percentage. Rafa wins 23% of his return games on grass, which is a good percentage. What is really staggering is the amount of break chances that Sousa gave up to Evans. Evans had 24 break opportunities against Sousa in five sets. Evans only converted seven of those opportunities, Rafa I have to imagine would take advantage at a higher rate even with just half of the amount of opportunities that Evans had. Looking back at Sousa’s other two opponents at the first week of Wimbledon, he gave up 12 break opportunities to Cilic in three sets (Cilic did not break Sousa once) and in the first round Sousa gave up only 3 break opportunities to the 431st ranked player in the world, Jubb ,but Jubb did convert on two of those three opportunities. I just see Rafa overpowering Sousa, not having too much difficulty on his serve and breaking Sousa 5-6 times in a short three-set match.

Sandgren does have a good return game, Sandgren has converted 18 of his 34 break opportunities in his first three rounds. What I am banking on is Sandgren’s return game being mostly ineffective against a great server, something he has not faced this year at Wimbledon yet. This may be a popular pick, but I don’t see Sandgren being able to return Querrey’s serve to put Querrey in a tough position which should lead to unforced errors from Sandgren and plenty of aces for Querrey.

Based on where else I wanted to go on this slate, it was tough to find a bargain bin player that I would feel somewhat confident in. I do not care for anyone priced below Pella; this would be the lowest I could go on this slate and not feel like it was an automatic loss. This will be the first match between Pella and Raonic, and Pella is currently a +450 underdog. He may be popular simply based on his third round performance in beating Kevin Anderson, the 2018 runner up. While Pella did play well that match, Anderson looked atrocious, which certainly contributed to Pella’s win. Raonic is a big guy with a big serve. On grass this year he is holding 95% of his service games compared just 64% for Pella. Pella did win 86% of his service games in the first round, 84% in the second round, and 94% in the third round, showing that his serve has been steadily improving on grass since coming to Wimbledon.

Where Pella needs to be effective is with his return and take advantage of any second serves he sees from Raonic. Pella does convert 50% of the break points he sees on grass. If Pella can get to Raonic’s serve early, go for some shots, with his grit he should be able to grind out a decent amount of break opportunities. While I do not feel great about the pick, for a salary saver I think it is the best route to go.

Much like yesterday, this is a match I want to avoid from a DFS perspective but feel very confident in it. I see Kvitova/Konta being a long three-set match. I definitely like one of the sets going to a tiebreak and we could easily see 30+ games in this match, I am betting a unit on the over 21.5 at -138.