The big news for daily fantasy PGA this week is DraftKings have now thrown their hat into the mix and did it with style. Offering the biggest prize to date for the sport of golf. A $200 entry for a 50K total prize pool. It’s bound to gain the attention of a lot of daily fantasy players, not just those who play week in and week out.

Before we get to the future event lets reflect back on the past. The Humana Challenge was played last week and once again it lived up to is reputation as a birdie fest. The event was won by Patrick Reed who blitz the field for the first three days notching up three rounds of 63. In the end it was closer than I think he wanted it to be but none the less held on to win his second PGA event. First without his wife being his caddie (expecting their first child). 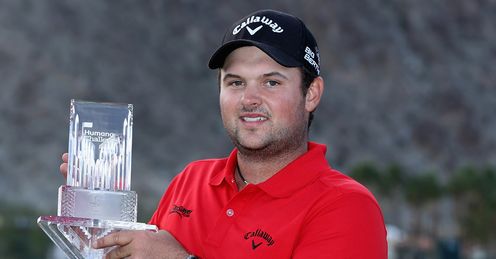 True to what I wrote I did scale back for the Humana. I didn’t like the format with the three course and playing with amateurs. I entered a few low dollar GPPs to keep my interest. My main team came up a bit short. On the whole though it was a better week than last year where I only had two players make the cut.

The weather for this tournament will be close to ideal golfing conditions. The San Diego area is currently being subjected to drought. This will mean the rough won’t be as penal as years past. Click Here to see the weather for the La Jolla area.

The Courses at Torrey Pines

Due to DraftKings storming onto the PGA scene and calls for golf blogs have already started in the forum I think this week I will dedicate to DraftKing prices.

For DraftKings you have $50,000 to spend on six golfers. As always with new sites they always have some pricing issues to deal with. DraftKings have a few but using the prices that are given here are a few of my picks.

So there you go guys, a Draftkings special golf article.

Good luck to those playing in the $50K Scramble!