As the PGA lads travel to Ohio, so does daily fantasy golf. So what better way to earn some cash than in the Buckeye state. This week I will be using Draftstreet prices for my article.

So as I have discussed this season, the trend so far for the PGA in 2014 is the year of the unlikely winner. After being questionably moved to the number one rank in the the world, Adam Scott silenced the haters and stamped his name as the confirmed number one by achieving the Texas Grand Slam, a feat no other golfer has ever achieved. He has now won every tournament Texas has to offer.

On Thursday it didn’t look too good for Scott. After a far from impressive first round, he came back in the second round and squeaked past the cut line on Friday. However champions tend to shine in the championship rounds and that is exactly what happened, where he won by beating Jason Dufner in a playoff. 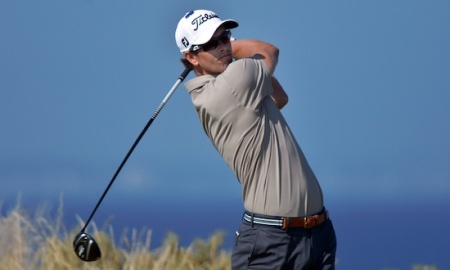 My picks for last week were okay, though nothing to phone home about. John Senden was the shining star, notching up a 5th place finish. Graham Delaet and David Hearn continued their strong play finishing 14th and 21st respectively. Jim Furyk was a little disappointing coming in 51st, but if you took my advice and played him instead of Matt Kuchar and Zach Johnson you came ahead since Kuchar missed the cut and Zach came 73rd.

Both Kevin Na and Franklin Corpening both missed the cut. It might be the last time I ever write about Na. I can never seem to pick when he will play solid and when he might choke up. As for Corpening, I am disappointed he missed the cut but it could have been worse. He shot an 8 on a Par 3, five over on one hole. He ended up 5 over for the tournament. Had he even just bogeyed or double bogeyed that hole he would have been playing on the weekend. One hole crushed him and he never really recovered. With that being said it lends an interesting point in daily fantasy golf. Since most sites only penalize you for double bogey or worse, on that hole it did not matter if he shot +2 on that hole or +5, he only got negative points for the first 2 strokes over par. Now if he bogeyed 5 holes in a row his end score would have been far worse, thus the “could have been worse” comment.

One good thing about the PGA is the way they honour their greats of the game. When Byron Nelson was alive top quality players would flock to his event even though they hated the course, why? Out of respect for the man himself. The Arnold Palmer gets a nice turnout of top quality to his event out of respect from players. Well this week is no different. The Memorial is Jack’s tournament and yes the talent is thick at this event.

As I mentioned above, they are heading to Ohio, Dublin Ohio to be more specific. There is Jack Nicklaus’ baby, the Muirfield Village Golf Club. It runs 7,392 yards long and is a par 72 course. It played as the 6th hardest course last year. The defending champion is Matt Kuchar. Every year they chose a person in golf to honour, thus how the tournament got its name. This year Annika Sorenstam will be honoured. With that being said, should we give a boost to some of the Swedish players?

When compiling this list, I had a quote from the Madden NFL games going through my head. “Big time players make big time plays, and that wins football games”. Figured that would be my theme for this articles.

So there you have it folks, my picks for the Memorial Tournament.