As the PGA Tour heads to Tampa Bay for the Valspar Championship, I will try and help guide you to a number one pick and win you a Buc or two.

The Cadillac was interesting for me. The first three days were not very dramatic, J.B. Holmes looked like a sure run away winner going wire to wire. Then Sunday happened. Unfortunately for my golf watching I was not able to watch any of it. In my family we have three birthdays within 10 days. So I spent Sunday on a ranch where only Fox News and Western Movie Channel are played. It was nice that I missed two Aces and a come-from-behind win by Dustin Johnson. At least Twitter kept me informed. 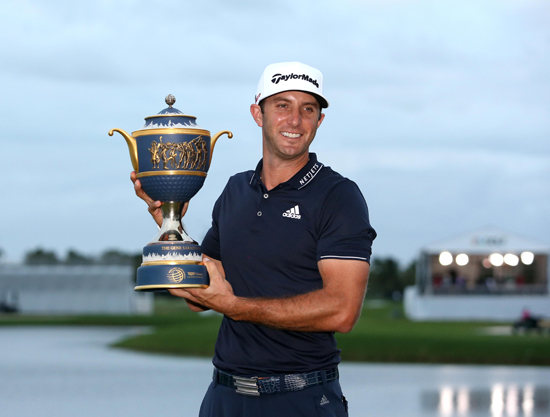 Speaking of Dustin, how much does this remind you of 2014? Last season both Dustin Johnson and Bubba Watson were crushing the competition. Both left the Cadillac no worse than fourth (Bubba 2nd, Dustin 4th). Then the carnage for DFS players happened. Bubba’s allergies flared up at the Palmer and he withdrew after a opening round 83. Dustin withdrew in his next event after the Cadillac at the Shell after an opening round 80. I know I was crippled by Dustin’s WD. I know of others who were bitten by Bubba’s WD and I even read about one poor bastard who got bitten by both of them.

Now I’m not saying don’t roster them at all. Just be cautious of them. Dustin has a long history of WD’s and Bubba is well known for his ability to give up on a tournament. With the Masters right around the corner Bubba and Dustin could be just playing the waiting game until Augusta.

Unfortunately for this event, it is sandwiched between a WGC event and the Arnold Palmer event. With the Masters around the corner and players prepping for that event, many of the top players traditionally pass on this event. The event has 18 of the top 50 players in the world teeing it up. That figure is up four from last year where only 14 of the top 50 attended.

The course itself is a gem and last season it played out to be one of the hardest on tour. It is a par 71 track that runs 7,340 yards long. When they played this course in October, the rough was not as long or lush. Now we’re here again in March and with all the rain Florida has received in recent weeks, hitting the fairways should be a priority. There have been several changes to this course over the years that changed the length of the holes for the PGA players off the tee. There are 63 bunkers and 8 water hazards. The weather for Thursday and Friday are sunny skies with a little cloud cover. Basically perfect golf conditions. As always check the weather Wednesday night.

So there you have it folks, my picks for the Valspar Championship.

Good luck to you all!