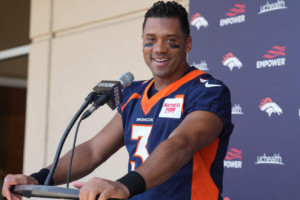 Well, FanDuel has unveiled their Week 1 pricing a good 38 days before the season kicks off. That doesn’t mean it’s too early to start analyzing the potential picks! I’ve just gone through my initial scan of player pricing, and listed out some of the most notable players and their prices for Week 1. There’s a lot of time between today and season kick-off, so a lot could change. Keep an eye on injury reports between now and Week 1 to find some huge value opportunities on FanDuel.

If you’re not yet a member of FanDuel, they’ll be running HUGE prizepool events all NFL Season Long…I wouldn’t be surprised to see the FFFC Prizepool top $1,000,000 this season. Check out our FanDuel Review and use our links to join for the best possible bonuses and access to Grinders Incentives.

FanDuel took a conservative approach to QB pricing, which is not surprising with how early they have released prices. The range from the top QB (Brees) to the cheapest obvious, potential starter in my eyes (E. Manning) is a mere $1,800. My list of obvious in-play QBs includes: 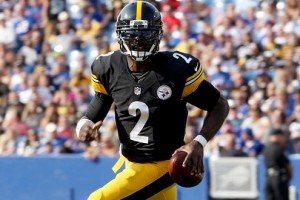 I’ve removed Michael Vick from this list since we don’t even know if he’s starting. Even if he does start, he’s a risky GPP-Only play for Week 1 given his season last year, plus the uncertainty under new head coach Chip Kelly. The upside is there, but I’m staying away Week 1 even if he starts (aside from GPPs).

Big Ben is also a very questionable play without Heath Miller or Mike Wallace to start Week 1. I left him on the list for name-value, but I will not be touching him Week 1 under any circumstances.

The rest of the names above make perfect sense. Quarterback is the easiest position to predict because of positional stability, and FanDuel has done a good job with the pricing of all QBs. If I had to choose a top play for the price I’d go with Russel Wilson, assuming Percy Harvin is ready-to-rock Week 1. His rushing potential makes him stable in H2Hs, and he has as high of a ceiling as anyone with Percy now on board. 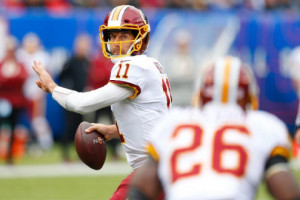 The low-tier quarterbacks are also well-priced by FanDuel for being 38 days away from kickoff. The obvious value comes in monitoring the QB battles in Training Camp:

EJ Manuel vs. Kevin Kolb – This is a little more intriguing for me, as EJ Manuel can rush a bit and Buffalo does have some offensive talent in Scott Chandler and Stevie Johnson. I would definitely take a flier on EJ Manuel if he wins out for the$5,500 price tag. He could be the next Rookie Week 1 surprise after Cam Newton.

Alex Smith – Outside of the QB Battle situations, the cheaper QB option I would target is Alex Smith. He’s getting a fresh start, in a new offense under Andy Reid. I find it hard to see Alex Smith’s fantasy value going down under Andy Reid, and he could rack up some bonus TDs dumping off to speedsters Jamaal Charles and Dexter McCluster. 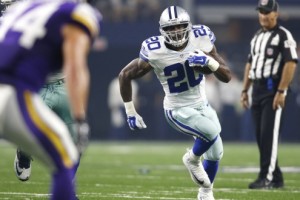 The notable Running Backs situation for Week 1 is similar to Quarterback. There is not much price difference between the Obvious [Season-Long] RB1 selections ranging from Adrian Peterson ($9,500) to Matt Forte ($8,100). The difference is that RBs are dropped in season-long formats because of their proneness to injuries…this is not much of a concern for Week 1! Here are the most notable RBs to me Week 1:

Darren McFadden – I expect a bounce-back year from McFadden. I think he’ll get around 12-13 games in, and produce much better now that the zone-blocking scheme is out in Oakland. He’s as injury prone as they get, but it’s Week 1! He has shown Top 5 RB ceiling when healthy and is just $7,400

Lamar Miller – All signs are currently pointing towards Miller being an every down back. An every down back for $6,800 is a great price. The arrival of Mike Wallace could space out opposing defenses, and help improve the Dolphins rush attack.

Christopher Ivory – This is a big situation to monitor for just $6,300. Ivory has been a beast when given reps, and is in the lead to snag the Jets starting RB job. The talent-less Jets will have no other choice but to rely on Ivory (while healthy) this year.

Ahmad Bradshaw – Injury-prone, but it’s Week 1! He’s fully expected to win the starting job in Indy, and will be a big upgrade in talent from Vick Ballard last year. I’ll unleash Bradshaw Week 1 for $6k, assuming he’s grenn-lit as the clear-cut starter for the Colts.

St. Louis Rams Running Backs – The biggest RB Question Mark right now is who will start for the Rams? Daryl Richardson, Isaiah Pead and Zac Stacy ‘s names have all been tossed around. Additionally Pead is suspended Week 1. If either Richardson or Stacy pull ahead of the other during Training Camp, then that RB will be a huge buy on Week 1.

Other Notable – Rashard Mendenhall at $6,500 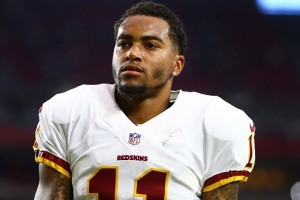 Anquan Boldin – Boldin is probably my Top WR play for just $6,000. Green Bay’s defense should give up a lot in the air, and with Michael Crabtree out for the majority of the season, Boldin will be heavily relied upon in the 49ers offense. $6,000 is an amazing price for a safe WR1 with upside.

DeSean Jackson – Jeremy Maclin just tore his ACL which moves DJax back to WR1 status, regardless of who’s tossing him the ball. He’s been inconsistent, but possesses one of the biggest ceilings in the NFL. I will target DeSean early and often for just $5,700 Week 1.

Tavon Austin – Tavon is probably the most hyped rookie coming into this season, and is priced at just $5,600. The Rams appear to want to “spread the wealth” to their receivers this year, but everyone is talking about Austin’s upside. For this price, he’ll be a must-watch in training camp heading into Week 1. I could see him winding up on a high % of my GPP Rosters.

Jon Baldwin – Jon Baldwin is my cheap WR to watch. He has big play ability, and is now under coach Andy Reid. He’s been lining up at WR2 for the Chiefs, and could be a sneaky GPP play Week 1. 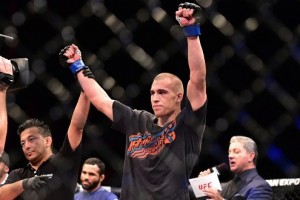 Ed Dickson – With Dennis Pitta out for the season, all eyes will be on Ed Dickson Week 1. At just $5,000, he’s a great value that possesses a lot of upside with both Pitta out with injury, and Boldin heading cross-country to the Bay.

Other, non-obvious, Tight Ends I will take some risk on Week 1 are: