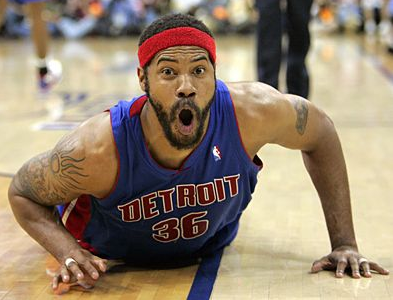 Another Friday and another edition of Guaransheed’s. Rasheed himself is back to help make the picks this week as he gets a night off after his team just got through demolishing the Lakers, which I guess isn’t that big of an accomplishment this year. Nevertheless, he is in high spirits after his win and I am too about these picks:

Russell Westbrook – I typically try to stay away from Westbrook on DS because he is usually very expensive and he often takes a back seat to Durant, but I really like him tonight against the Kings. His price has come down a bit and the Kings give up the second most points of any team to opposing PG’s. This game has a potential for a blowout, but I think the Kings keep it within 10 and Westbrook gets his full share of minutes on his way to a huge night.

Andre Iguodala – I’m giving Iguodala one more chance before he goes up on the “Do Not Touch” list. I never though that his price would be this low and it’s not due to a decrease in minutes. The Nuggets have been on a long road trip and maybe some home cooking will help Iggy get back to his ways. At home this season, Iggy is averaging 26 fantasy points and I have a feeling he can get that many tonight. If he can, he is a steal for $9,000.

Serge Ibaka – Ibaka is a guy that I love to use in GPP’s because he is usually fairly affordable (especially tonight) and he can put up 40 point fantasy games on any given night. Tonight I even like Ibaka in head to head and double up leagues because I think he will top the 25 fantasy point mark pretty easy. The Kings rarely ever play small ball and Ibaka should get his full complement of minutes.

Kevin Love – Every once in a while there is a player that is priced way too low and everyone ends up having that guy on their team. Tonight, that guy is Kevin Love. Regardless of his last couple games or his matchup, Love is a must play at $16,000. Don’t be the guy that tries to outsmart everyone by not taking him.

Greg Monroe – My man Monroe has really been letting me down lately. He couldn’t even manage to put up a good game against the Nuggets who have by far the worst defense against opposing centers. But I’m not jumping off ship yet, Monroe is still extremely talented and is currently underpriced. You want to buy low and sell high and right now you can get Monroe for a discount. I expect 30+ fantasy points from him tonight.

Jose Calderon – Calderon and Ed Davis were must plays in there last game and their salary hasn’t gone up at all making them must plays once again. The Raptors will have a couple of their bench players back tonight which could mean a very slight dip in Calderon’s minutes, but he is still a great play at this price. It also doesn’t hurt that the Mavericks are terrible against PG’s. 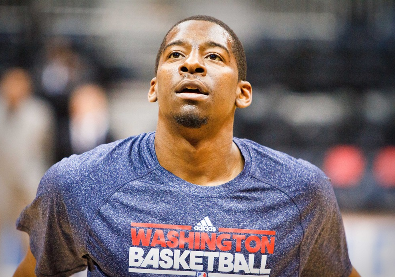 Jordan Crawford – Crawford is one of my favorite plays of the night on FD. He is now the starting PG and he has really been handling that position well for the Wizards. Tonight he gets a dream matchup against the Lakers who give up over 100 to everybody. I expect Crawford to have a big night in all phases of the game.

Evan Turner – Jrue has been ruled out tonight and the Sixers have announced that Turner will be the PG tonight. This gives Turner, who already has good value, a boost in both minutes and production. Look for Turner to be all over the court tonight and flirt with a trip dub.

Ed Davis – Amir Johnson is coming back from his suspension tonight, but Davis is still going to see 30+ minutes with Bargnani out. The way he has played the last two games makes him a must start.

Omer Asik – I love Asik, not only is he one handsome lookin fella, but he has got some game to go with it. Even though I have seen him airball free throws and miss layup after layup, he is still a baller and is a great option at center for only $6,200. The Celtics have been bad against Centers and bad at rebounding, two things that fit right into Asik’s game.