Guaransheed Friday’s are back after a few weeks off. Rasheed and myself both took some long vacations; While I was in Vegas and California enjoying the tables and the beach, the Sheed decided to make a new logo for our picks and I must say, the logo did not disappoint. We only have a couple more Friday’s for Guaransheed baseball picks so we have made sure to make these picks as good as they can be. They are not only Guaranteed to do well, they are Guaransheed! 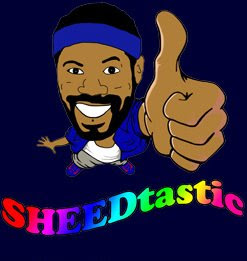 C.C. Sabathia – I imagine that this pick won’t be a very popular pick today and it’s a good chance for you to get an ace for a decent price when not a lot of people will be picking him. Sabathia has struggled a bit lately and has given up an average of 8 hits and 3.5 earned runs over his last four starts. But to me, that’s just what you are going to get with CC, some dominant games and some duds. But I think he has a huge game tonight against the A’s. Sabathia is usually a great pitcher at home and has posted an ERA of only 3.00 this season in Yankee Stadium. The Yanks need a win and Sabathia shows up in big games.

James Shields – I usually never take the two starting pitcher approach unless there is good reason to do so. I think Sabathia and Shields are both going to have huge nights and you can get them both for reasonable prices. Shields will be pitching at home tonight against the struggling Blue Jays whom he has dominated this season. In two starts against them he has pitched 15 innings with 16 strikeouts and ERA of only 1.76. Shields is also a pitcher that is great at home.

Paul Goldschmidt – Goldy and lefties are a match made in heaven. Even though he is a little bit pricey tonight, he should be worth it as he not only gets to face Drew Pomeranz, but he gets to do it in Coors field. Goldy is batting .350 against lefties this season and should be able to increase that average a bit tonight. This game should be very high scoring and look for him to be a part of a few runs. 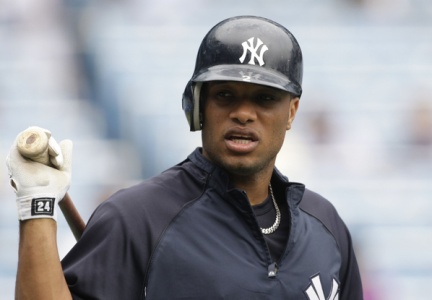 Robinson Cano – It’s hard to say no to Cano when he is facing a righty at home. While Jarrod Parker is a very good young pitcher, he struggles on the road with an ERA that is double that of his ERA at home. The Yankees are in must win mode and I think they find a way to knock around Parker quite a bit tonight. Cano should be your top option at second base tonight.

Michael Bourn – Bourn has been pretty cold lately and his price has dropped significantly. But he is still the leadoff batter of a team that is capable of putting a lot of runs on the board. Bourn faces Kyle Kendrick tonight whom he is 7/14 with 2 HR’s off of. I don’t expect a home run, but I think Bourn can find a way to get on base a couple of times, steal a base, and score a couple of runs.

Jay Bruce – This is the cheapest I have seen Jay Bruce in quite some time and it couldn’t come on a better night. The Reds face Joe Blanton at home tonight and if Blanton pitches like his usual self, the Reds should be able to jump all over him. Blanton has an ERA of over 5 on the road this season and has really struggled over the last few weeks. Bruce bomb tonight? Sheed sure thinks so.

Evan Longoria – It was a tough choice at third today deciding between Wright and Longo, but I eventually decided on Longo because he has been the hotter batter lately and his team actually cares about winning the game. Longo has had positive fantasy points in each of his last 6 games and will be batting clean up tonight against Carlos Villanueva. The Rays aren’t completely out of it yet, but they will need a win tonight and I think they should get it.

Chris Parmelee – My last pick of the night is Parmelee. With a name like that and a price so low, how could you not take him? You will have to make sure that he is in the lineup, but I imagine that he will be and he will be batting around 6th in the order. Parmelee is always a home run threat and will be facing Rick Porcello who always seems to give up at least a few runs. As long as he is in the lineup, he is worth a shot.

As always, thanks for reading! Any questions or comments let me know!