I will keep the intro short and sweet for the picks today. Instead of giving you plays that I think will do well regardless of price, I think site-specific plays are much more valuable because I take into account salaries and value. The Sheed and I have come up with our top 5 picks from both Draftstreet and FanDuel for tonight’s games that are Guaransheed to outperform your wildest expectations: 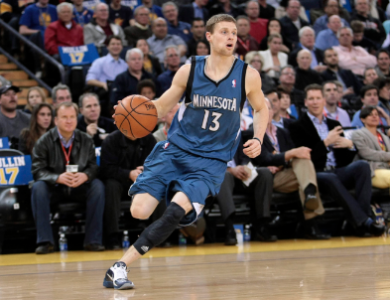 Luke Ridnour (G) – With all the injuries to the backcourt, Ridnour has quietly put together two huge back to back games in which he had over 35 FP in each game. It looks like Barea might try to play tonight, but even if he does, Ridnour should get plenty of minutes and has a great matchup against the Warriors. Ridnour should be in for another big night.

Paul George (G) – I know what you are thinging: Why on earth would you recommend someone that is in the middle of a terrible slump? To be honest I have no concrete answer, but I think that George has too much potential to pass him up for less than $13,000. I think he bounces back tonight and fills the stat sheet against the Mavs at home.

Serge Ibaka (F) – One of the knocks on Ibaka in the daily fantasy community has always been his inconsistency. In his career he has been inconsistent in production and in minutes, but over the last 6 games he has become extremely consistent. He is getting around 35 minutes per night and has been scoring in the low 30’s almost every night. You can finally take him and not have to worry that he will only put up 10 fantasy points. 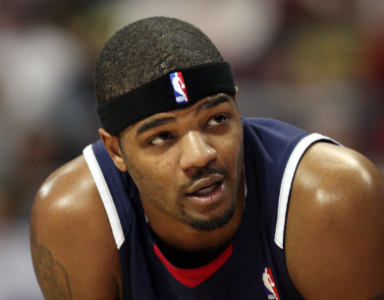 Josh Smith (F) – J-Smoove hasn’t looked like himself early on in the season. With Joe Johnson now out of the picture, I expected his numbers to improve and not go the other way. He has had a few lingering injuries that could be a big part of it, but he finally looked healthy in the last game against the Warriors. If there ever was a night for Smoove to have a breakout game, it’s tonight against the no defense Kings. I’m picturing a line like this: 20 points, 10 rebounds, 5 assists, 3 steals, and 2 blocks.

Greg Monroe © – Monroe has been the lone bright spot for the Pistons this year. He has really played well and carried the Pistons to their first win the other night. Don’t look now but they could make it back to back wins against the Magic tonight at home. Monroe should eat up any center that the Magic will throw at him and have another great game.

George Hill (PG) – After the last 3 games, many people are going to jump off of George Hill sinking ship after he has only averaged a little over 15 FP per game. I wouldn’t be so quick to write him off yet as the Pacers struggled to get out to quick starts in all 3 of them. Hill is still only $6,100 and is the motor of that team. He has a great matchup tonight against the much smaller Collison and I think he could be one of the best values of the day.

Evan Turner (SG) – Turner is one of those players with all the talent in the world, but seems to put up dud performances that just make you shake your head. He is coming off of back to back bad performances and should bounce back tonight against the Jazz. He is only $5,700 tonight and can easily top 30+ fantasy points on any given night.

J.R. Smith (SF) – J.R. has been absolutely great for the Knicks so far this season and it looks like he has finally learned how to pass the ball (well every once in a while). Smith is no longer just a scorer as he is filling up the stat sheet every game. He is also getting 35+ minutes every night and will be needed tonight against the Grizzlies. You can count on around 30 FP tonight and that’s not bad for $6,600. 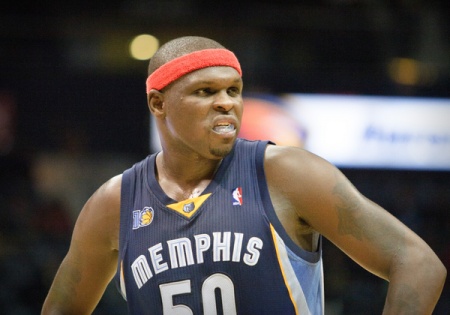 Zach Randolph (PF) – Z-Bo is Mr. Double-Double: 7 games in and 7 double-doubles. He has yet to have a bad game this season and has scored between 28-36 FP in every single game. He is a must start at the power forward because he is still only $6,700. Don’t try to get tricky with this spot, take Z-Bo because he is a safe pick and will get you 30 FP.

Chris Kaman © – Not many people took notice of Kaman’s start last game and it was good news for anyone that did. Kaman went off for 23 points and 8 rebounds in 32 minutes of play. Now that he is back into shape, the caveman will continue to start and is a steal at $6,200.