How Mitch Williams Cost Me A Game 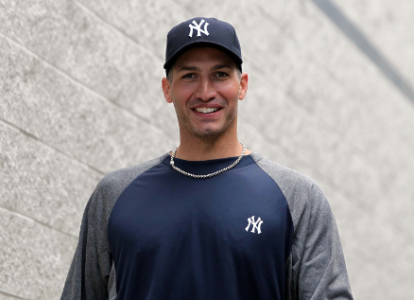 6.1 innings pitched, 4 earned runs, 2 home runs, 3 walks, and 2 strikeouts in 26 batters faced. That was Andy Pettitte ‘s line in his triumphant return against the super weak hitting Mariners. Surely the Reds with 2 of the best left handed hitters in baseball (who also hit left handed pitchers well) would do better with that short right field porch. Even some of the right handed batters towards the bottom of their lineup (Frazier, Heisey, and Hannigan) had been hitting the ball better over the past few days. It seemed like several Reds could be a nice play on this day (May 18th).

Going through all of the batters for the day, I had MLB Network’s “The Rundown” on when Mitch Williams and Matt Yallof interviewed Jay Bruce. At the end, Williams asked Bruce if he “noticed something in Pettitte’s delivery”. He told Bruce that he didn’t have to say what it was, but just acknowledge whether he did or not. Bruce smirked and said “Yeah, I did” and that was the end of the interview. Mitch didn’t say anything further about the matter either.

Most people would think this was good news. I had already found some favorable numbers and now I had something physical to back it up. The problem was that if Mitch Williams and Jay Bruce could see it, then it might be something the Yankees could have noticed too and if not, there’s a good chance that someone within the organization was watching the show and sent the appropriate personal right to the video tape.

On the network’s pre-game show, about a half hour prior to game time, Williams finally dished the dirt. Pettitte was very noticeably dropping his throwing arm elbow on breaking pitches. There was about a 6 inch difference. If the Yankees didn’t know, they did now and it was probably something that was easy enough to quickly correct in the bullpen before he went out to the mound.

Pettitte’s results against Cincinnati: 8 shutout innings of 4 hit ball with no walks and 9 strikeouts.

Now do I really think Mitch Williams cost me a game? No, I do not. The mechanical flaw was so obvious that the Yankees must have known about it before it was even mentioned on air. Additionally, I had ample time to alter my lineup if I so chose. I just figured that the Reds should be able to do some damage against a 40 year old pitcher in Yankee Stadium no matter what adjustments he made.

Why do I make the point then?

On that very same night, Justin Verlander may have pitched one of the greatest games I’ve ever seen against the Pirates and barely missed his 3rd career no-hitter, while striking out 12. That may have been the most predictable dominant performances of the year, but how many of you had Kevin Millwood in your daily fantasy lineup that night? All he did was throw a 7 strikeout shutout in Colorado.

With the availability of information on that day, we look at who did what, when and where and try to quantify everything with numbers, but very rarely try to figure out why. I’m as guilty of saber-fever as anyone and advanced analysis is great, but there’s so much more to it that we can’t possibly measure with numbers and that’s why this game is so unpredictable and fun.

This is a lesson, mostly to myself, to check yourself. Keep studying those stats and find those tiny edges anywhere you can inside the numbers. Don’t automatically buy into the “best shape of their life” or “mechanical adjustment” hype because it’s generally fluff more times then not, but pay attention to the little things and dig for information anywhere you can. You may find out that Pettitte’s tipping his pitches and that it’s so obvious that the team has to know. You might find out that Dan Haren back has been acting up or whatever tiny piece of information that your opponents may not see. Sometimes its a game changer. Sometimes you can find out the reason behind the stats and be more confident in relying on them. Other times you’ll find a good reason to throw them out the window.