In Defense of the High Priced RB 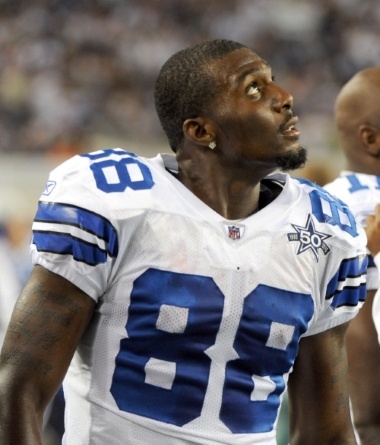 I just started a new job….well the same job just a different place. The guys up here have a fantasy football league and the TV show that bears the same name isn’t nearly as funny as this crew. They display every quality of a bad fantasy player. Today, a guy told me he was going to drop Dez Bryant and pick up Kevin Oggletree and he is one of the smarter players. Every week, I drop a few nuggets of wisdom on these guys which they never listen. For example, I told this guy to sit Reggie Bush for Mikel Leshoure because Bush was trending downward. He didn’t. I told another to start Floyd over Titus Young. Neither did he. Last week, a player told me he had never heard of Stephens-Howling. As Matthew Berry likes to say in his post, “It is that kind of league.” I am foaming at the mouth to get in on there league next year. The play for a $100. Already I am trying to get them to make it $200.

It is funny to me that people from all over the country will listen to what I have to say about fantasy but this group that is working right next to me will not. To say they discount my advice would be putting it lightly. They completely ignore it. One guy told me he knew more about fantasy football than I did because he played football in high school. For the record, I played high school ball as well. I guess everything in life truly is about perspective and I have no credibility in their world. At least, not until I crush through them next year. 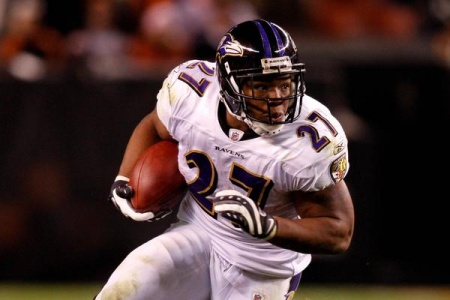 Just like me, big $$$ RBs have no credibility in the daily fantasy community. Scrolling through the entries this weekend and weekends past, I noticed a trend. People seem to be avoiding the big names at the RB slot in favor of mid tier players. For every 1 Ray Rice there would be 10 of Alfred Morris. The common strategy is to go smaller at RB. Price per dollar has become very chic in the daily community and high priced RBs are the least likely to pay for their investment. Arian Foster carries a price tag of around 9500 on Fanduel so if you are using this as your criteria then he needs to get you 28.5 points to be a good play. He has not broken that clip once this year. Under the accepted perspective, you cannot ever play a big name RB.

Lately, I have been thinking that point per dollar is not the most important thing in selecting your roster. It is a great tool. It should be taken into account but there are other ways to look at things. I have started to use a baseball approach to football and I believe that whether you spend 4500 on a guy or 9900, you need production out of every slot. You only get 9 chances to earn points and to win a GPP, none of them can miss. 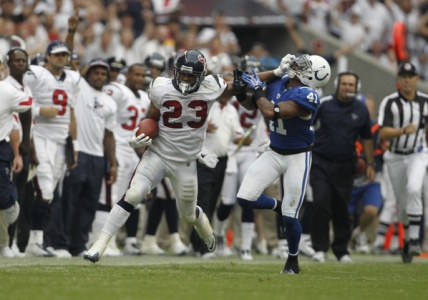 And what cannot miss more than the big name RBs? It normally takes a score of a little better than 180 to win the FFFC which is only 20 points per position. Although their price, is high they carry the least amount of risk and even though they probably will not win things for you, they will not lose it for you either. The high dollar RBs are like hall passes. Just like they make things easier on their QBs, they make things easier on you giving you a chance to win it at the other positions. Using the 20 point per player perspective, Arian Foster has eclipsed that mark 5 out of 8 times. He has scored more than 15 fp 8 out of 8 times. Ray Rice has exceeded 20 fantasy points 4 out of 8 times and near missed with a score of more than 15 fantasy points 5 out of 8.

Obviously, when a player puts in a showing like Doug Martin did this weekend then you need to have him to win but most weeks guys put in similar lines at the RB spot. You are not trying to win it at this spot. You simply cannot throw up a single digit. A guy like Lesean McCoy who has yet to reach over 20 fp will not gain you any ground but when you consider that he has scored more than 15 fp 7 out of 8 times, he will not lose you any ground either. The fact that you know he will not destroy things for you makes him worth the price to me.

Last year, It became the blueprint to avoid these guys because your money was better spent at QB. It seemed like every week either Tom Brady, Cam Newton, Drew Brees, Aaron Rodgers or Matthew Stafford put up a sick line. This year, their scoring has come back down to earth to the point were the argument could be made that you should go smaller at QB. If you got more money to spend, why not spend it on a player you know is going to produce. After all, production from WR is random at best. Even the high dollar guys get shutdown from time to time.

AJ Green carries a price similar to Ray Rice and he has only broke the 20 fp threshold 2 out of 8 times. He had game a couple weeks ago in which he only had one reception. Moreover, there is always a value guy around 5k that has a big day. Golden Tate, Kevin Ogletree, Randall Cobb, and TY Hilton were the next leading scoring WRs after Brandon Marshall this weekend. You are mining for TDs at your skill positions. Some mines are more productive than others but no WR strikes pay-dirt every week.

Futhermore, these RBs are just as likely to put in that big day as any other player. In fact, they are more likely. If there is a monster day to be had, it will most likely be done by an RB and who do you think is more apt to have a 200 yard 3 TD day, Adrian Petterson or Steven Ridley? The fact that fewer daily players are using these elite RBs makes them even more valuable to your roster so why avoid them?

The more I play daily fantasy, the more i realize that the only effective strategy is to avoid using the most common approach. There are no safe bets but there are more safe bets than others and the only safer bet than the high dollar RBs is my works fantasy football league. I only wish I had started here a month earlier.