Baseball is having its All-Star break right now and no other fantasy sport is going on besides golf. This week is the British Open. Not only does that mean the 3rd major championship of the year, not only does that mean wall to wall coverage on TV, but it also means the golf is 5 FULL HOURS ahead of those on the east coast. Come the weekend, catching the golf on TV won’t interrupt forming your baseball lineups. 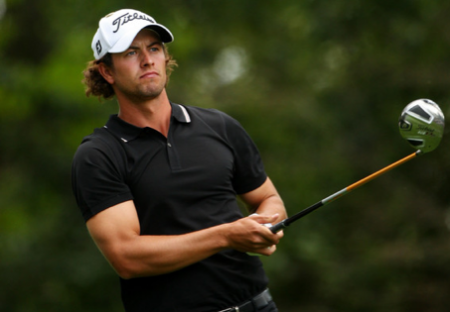 Furthermore, with fantasy golf becoming more and more popular, those completely new to the online fantasy sites might be making their way here for the first time. If you decide to play this week, no matter the reason, I am here to help you break down which site is best for you.
Before I begin, let me just say these are my personal opinions. I have excluded Fantazzle (because they are behind in many areas), FanThrowndown (because I never played there), and FantasyGolfTour (because while I do like their format, I HATE the mulligan aspect). I will be comparing Draftstreet, DraftDay, and FantasyFeud for this blog post.

I’ve had A+ service and withdrawals from Draftstreet, Draftday, and FantasyFeud. Support was always there to help when I had a question and no withdrawal took over 3 days in my experience. Fantasy baseball guys are well aware of this section, but I am just informing any new person that might stumble upon this.

Draftstreet’s fantasy golf was the first out and is one of the more popular sites. It only makes sense they have the most GPPs (guaranteed prize pools) and double ups. You will find a lot more people that know what they are doing here, but the amount of people that don’t know what they are doing increases big time as well. Draftday has been making a steady climb with some fairly high GPPs even though they are new on the scene. FantasyFeud is lagging in this department.

FantasyFeud was the first site to offer a golf promo and I must say it is still the best. The British Open will reward 3 qualifiers into their Fantasy Feud Cup with an extra $1,000 added by them. You definitely want involved in this, so at least take a shot there. Draftstreet does have a qualifier, but there isn’t an overlay or anything. You basically try to qualify for a big GPP during the PGA Championship. The rake is spread out evenly though so I don’t see much of a difference trying to finish high in a GPP and buying into the main event directly as opposed to winning a seat in a qualifier. They do have regular GPPs with overlays this week though. Draftday is behind in this area. Given their new release, I guess they haven’t had time for a promo.

This week Draftday has their salaries out early. Most of the time, Draftday and FantasyFeud put their salaries up on Tuesday, while Draftstreet has theirs out on Monday. From comparing the lineups each week it doesn’t look like any site copies another. So, in the grand scheme of things, it probably doesn’t matter to you, but to me it does. Draftstreet gets the nod here.

FantasyFeud is the simplest scoring format. They only go by where the golfer finishes and nothing else. Their games do update fairly quickly, but with all the emphasis on where the player finishes, it is hard to gauge where you stand against others. For instance you could be in 1st with Adam Scott on the last hole. He makes a par to finish T48. Out of nowhere, two guys birdie the last hole, and he falls from earning you 25 points to only 20. You basically have to be aware of how every guy in your lineup could climb or fall compared to every other golfer in the field and it is pretty much impossible to keep track while watching the golf on TV.

Draftstreet is in the middle in terms of scoring but is first in terms of sweating out your match while watching on TV. They do give points for how the golfers finish, but you earn many more points for pars and birdies. On Sunday afternoon, you have a very good idea of where you stand and what you need to happen hole by hole.

Draftday has the most complex scoring system. I do like it because it rewards guys for making the cut since they do not take away points for making bogeys. The problem is the scoring is too difficult to keep track of yourself and they only update it after the completion of each round.

This is probably the most important and the reason why I saved it for last. You want action, but you also want to win money…right?

Draftstreet – Their lineups are usually sharp. By that I mean it is hard to form a team. They seem to have many golfers at the correct price. With that, plus the fact they have the most users, a novice should take their shot at this site. Week in and week out, I think someone just looking for action has the best chance to cash here. Plus, it is easy to follow along with their live scoring. If you want to sit by the computer and watch your fantasy leaderboards update with the tournament, this is the place to be.

FantasyFeud – This is the perfect site for guys that know a little to decent amount about golf. The highest priced golfer is always only 20% of your salary cap and you get 10 picks as opposed to 6 on Draftstreet and Draftday. This means you have a wide variety of ways to formulate your lineup.

DraftDay – I think Draftday is still trying to figure out how to form their salary prices. I have seen real easy weeks and ridiculously hard weeks. This week is pretty hard in my opinion. However, last week in the $55 GPP Steve Stricker was 100% used and Keegan Bradley was 70%. In a 6man lineup, that only leaves 4 golfers to form a lineup. If you don’t know what you are doing, you will get bitten sooner or later. I think this needs corrected before the “fish” lose all their money in the early weeks. Yea it’ll be easy cash for a few guys on there during those stages, but very soon you will be fighting rake.

I hope I gave you some idea as to which site might be best for you. Good luck and I should have a blog post specifically addressing the British Open tomorrow night.