MLB - What You Need to Know

In my previous article we discussed a basic level overview for those of you who have yet to experience the DFS version of MLB. This article will cover a little more with regards to scoring, roster structure, stacking, and strategy.

Those of you who have played on Starstreet in the past will notice that they have changed the scoring pretty dramatically. In the past they lined up closer to DraftDay and now I would look for scores to be in the DraftKings range. Fanduel continues to reward 4pts for a win which is a very significant point to know when building teams on that site.

As far as I can see there have not been many changes to the roster structure on most of the sites. DraftDay has left the DH spot off of the roster this year. Fanduel is the lone site with one pitching slot making it more critical to nail that position.

If you have not been a part of RotoGrinders for very long then you are probably not familiar with the many forum threads discussing stacking. A lot of the sites have taken steps to make it less prevalent. This year DraftKings joins the group making you select hitters from at least 3 teams and StarStreet has also made a change with a 5 hitter maximum per team.

Pricing – Recently I have read a lot of stuff from around the industry regarding pitching. There seems to be a divide in whether it is necessary to pay up or not. On Fanduel more than any other site it is my belief that you need to pay up. Of course there are exceptions to the rule namely under priced pitchers who have proven to be effective. Given the fact that you only get one shot at pitching and it will be a good chunk of your final score, it is wise to go with the sure thing rather than risk it. On sites where you have two or more pitcher slots you can mix in the fringe pitchers who might not put up a huge number but will bring home a solid score for a modest price. When looking at pricing on the hitters side there are times when you feel certain players are priced out even in an incredible match up. A common strategy is to punt one or two positions to allow you to get the studs in the lineup. For the most part it is easier to punt catcher and shortstop because there are many more options in the lower priced tier.

Strikeouts – When selecting your pitchers there are a lot of items to look at. A good source for points come in the form of strikeouts. While researching you will want to look for pitchers facing a lineup with K happy players. Just understand that while your pitcher might be facing a team that goes down swinging more than most, if he isn’t a K machine to begin with don’t expect him to develop that over night.

Wins – This is a stat that I personally don’t like having as much weight as it does. Can we predict guys that will be in a good position to get a win? Sure we can, BUT how many times do you see a pitcher exit the game with his job done only to see another player let him down in relief. Simply put there is a lot more luck with this stat than any other in my opinion. OK enough ranting. On a really basic level you can get a good idea of who has a solid chance at the W by looking to our friends in Vegas.

L/R Splits – Understanding splits is something you need to get familiar with. If you take anything away from this article let this be it. Knowing what situations a player excels in is key to improving your game and posting more consistent lineups. Remember this applies to both hitters and pitchers. Don’t just assume that because a pitcher is left handed that he will dominate the left handed bats or vice versa. 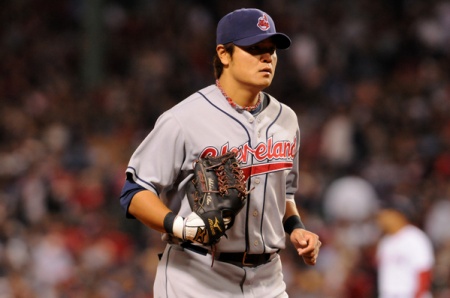 In the above example we are looking at Shin-Soo Choo who was the lead off hitter for the Reds last season. Choo is the perfect example of a guy who was priced up last year, but if he was facing a left handed starter you were overpaying for him.

Numbers not just Names – I mentioned this one in my previous article, but I wanted to give an example to try and drive the point home.

Hypothetically let’s say they are facing the same bad LHP and will both see 4 AB on this day. You would probably select Player A the majority of the time if you are just looking at the numbers. Who are the players? Well they are both Marlins. Player A is Jeff Baker and Player B is Giancarlo Stanton . Suddenly that hypothetical scenario of them facing the same bad LHP and both seeing 4 AB isn’t out of the question. I am not saying Stanton would be a bad play here. What I am trying to point out is you would have started with the higher priced guy who gives you pretty similar numbers based on a name.