Hello NFLers! Thanks for following along into week 2. Our current bankroll after a very productive week 1 is at $64.

I am hoping to keep the momentum going into week 2 and wanted to break down a couple of the cash game options I am looking at this week. I will be playing the Sunday-Monday slate for this week’s cash games. I have not had a chance yet to look at all the games and will have to monitor some injuries throughout the week, however here is a few picks that I am considering. 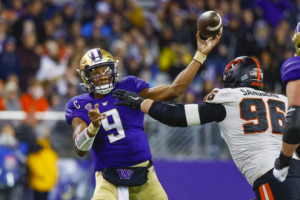 Tony Romo -This is a tough spot for Dallas with Dez Bryant I think most people will not trust him in cash games but I feel a little different. This is a Sunday night game and against the Eagles which usually is a high scoring game as seen by the current total of 55. I read that Dallas may try to run the ball more but I think they get away from that facing the up-tempo Eagles offense and will be forced to air it out. Without Dez he doesn’t have a clear cut WR however the Eagles secondary is still weaker than Sam Bradford knees. I think his floor is pretty high here with huge upside targeting Jason Witten and Cole Beasely. 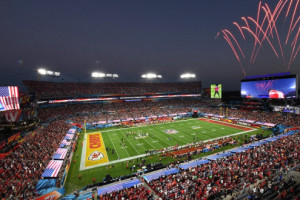 Drew Brees – Another option at QB is Brees facing the awful defense of Tampa Bay and a game total of 47. I expect Brees to hit Cooks and Ingram early and often and rack up a ton of yards. If Tampa Bay can somehow keep this game close we could see Brees be one of the highest scoring QBs on the board. 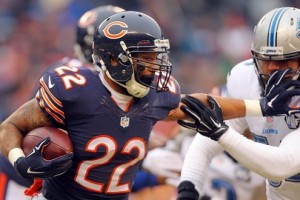 Matt Forte- I can’t wrap my head around why Forte was so low owned this week and expect his ownership to rise based on his solid performance last week. I see few other consistent options available that can match Forte’s floor and ceiling. I expect Cuter to dump him the ball often gaining him tons of PPR and his ability to make moves in the open only add to his upside.

Antonio Brown / Julio Jones – Not much to say here Brown at home should be unstoppable. I would lean his direction with Jones currently nursing a tight hamstring. From what I read is Jones will be fine but I think Brown has the better matchup here. 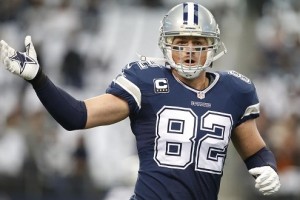 Jason Witten – He scored twice last week including on the game winning drive. If it wasn’t for another bobbled pass he would have had even more points. Witten is Romo’s go to guy, and with no Dez expect Witten to see his targets increase.

Miami – With a low total of 41.5, Landry’s ability to make magic happen on Special Teams and did I mention they are playing the Jaguars. You can safely lock in Miami this week on defense and move on

Tennessee – I am not scared of Johnny Football’s creaky elbow or Austin Davis. I’m not impressed with anything Cleveland can do. If you want an alternative to Miami you can’t go wrong with Tennessee.

Fade of the week 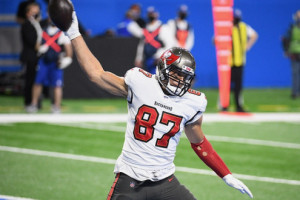 Rob Gronkowski – I think Gronk is an easy fade this week. The Bills have said they will triple team Gronk at times if needed and generally play decent against TE already. The Bills have historically given the Pats a hard time and the game being in Buffalo only adds to it. Even with his uncanny ability to find the endzone I just don’t see him paying off his salary this week and there are much cheaper TEs available this weekend who have better upside that will allow you to have a more well-rounded lineup.

I will be playing a bit more aggressive this week with 10 $2 and 10 $1 H2H along with a handful of $2 50/50s and $1 into a GPP. Stay tuned for a review of the full lineup and contests early next week. Hopefully we have an even bigger roll moving onto week 3.

On a unrelated note I have been given a great opportunity to work with an up and coming site that I really enjoy and should have the details of it ironed out by the end of the week. If all works out I will be incorporating them into my blog and challenge next week and am excited to share it all with you all.

Best of luck to everyone and see you next week!