In Noisemakers, I select three hitters from the day’s slate from three different FanDuel pricing tiers (under $3000, $3000-$4000, above $4000) who I predict will homer on that day, followed by my reasoning for each. I’ll keep track of my successes and (more likely) failures throughout the season, and hopefully provide you all with some DFS advice along the way. Since home runs aren’t exactly easy to predict, if I hit on one of the three, we’ll consider it a success. 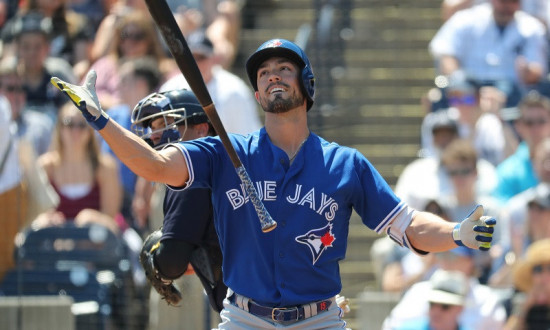 Grichuk hits the ball HARD. According to Baseball Savant, the average exit velocity on Grichuk’s line drives/fly balls was 97.77 miles per hour, which ranked 4th best in all of baseball. For perspective, he’s right between Pedro Alvarez and Paul Goldschmidt. He ranks ahead of Nelson Cruz, Chris Carter, Chris Davis, Kyle Schwarber. Grichuk is 6’1” and 195 pounds. One of these things is not like the others.

Grichuk’s Cardinals take to the road to face Pirates lefty Francisco Liriano at PNC Park. Not an ideal matchup, but it has its benefits – Liriano gave up 15 homers last year, and 13 of them were at PNC. Liriano’s swinging-strike rate is elite (14.3%, ranking fourth in the majors behind only Kershaw, Scherzer, and Sale), meaning Grichuk could easily go 0-for-4 with three punchouts. But Grichuk’s ridiculous 49.4% fly ball rate says that he only needs to get hold of one… 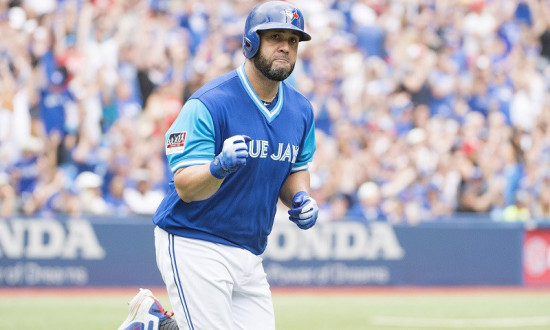 With so many aces on the hill Sunday, you’re forced to bet against pitchers you really don’t prefer to bet against. Case in point, Matt Harvey.

Last year, though, Harvey showed some vulnerability against lefty power hitters. He gave up 15 home runs to lefties, tied for 11th-most in all of baseball. If you’d prefer to use HR/9, he’s a bit better, tied for 22nd with a 1.48 mark. The pitcher he’s tied with should tell you something – it’s the Brewers’ Wily Peralta. Slightly better than Harvey are guys who are known liabilities against lefties like Matt Shoemaker, Jimmy Nelson, and Williams Perez. His 45.3% flyball rate allowed to lefties is ninth-highest in the majors.

And if those numbers aren’t doing it for you, how about this: Harvey loves to challenge hitters. Harvey refuses to nibble around the corners of the plate, and in his career, he’s thrown the four-seamer over 2,000 times, over four times more than any other pitch. If he challenges Morales, he might pay for it: Morales makes great contact against fastballs (just an 8% whiff rate over his career), and he hit 13 home runs against four-seam fastballs last year (while hitting no more than three against any other pitch type). Eleven of those were against righties.

Ideally, he’d be hitting in more of a hitter’s environment (Kansas City’s Kauffman Stadium was the sixth-stingiest HR park in MLB last year), and his 44% whiff rate on breaking pitches means that if Harvey can locate his breaking stuff, he doesn’t stand a chance. Still, Morales could surprise with a homer on Sunday. 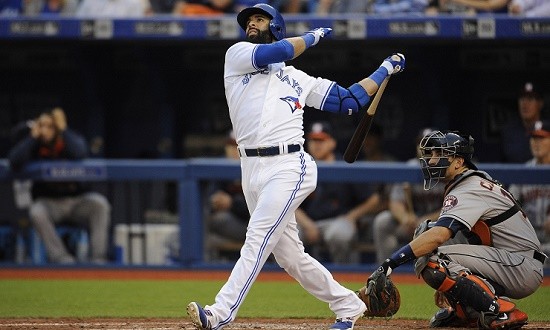 Bautista vs. Chris Archer is a BvP truther’s nightmare. In 37 plate appearance against the Tampa Bay righty, Bautista has five hits, including exactly one home run. With a slash line of .152/.256/.242, he’s accomplished the rare feat of having a lower slugging percentage than on-base percentage against Archer. Crazy as it sounds, I’m willing to overlook 33 PAs in favor of the larger sample against the entire league.

Thanks for reading! If you liked it, click the green thumbs up in the upper right corner, and feel free to leave a comment. I’ll be posting “Noisemakers” blogs a couple times per week as part of my ongoing effort to blog every day in April (as long as those pesky “life responsibilities” don’t get in the way).

If you’re new to MLB DFS, or if you just want a refresher on some of the terminology, advanced stats, and RG insider DFS terms, take a look at my MLB DFS Glossary blog, which you can read by clicking here.