Off-Season April: How the Big Winter Transactions Have Worked Out

It seems like every off-season we’re continually WOW’ed by the contracts handed out by major league baseball teams and it seems that inevitably, more of them crash and burn than not. This winter was no different as there were not only several $100 million, but also $200 million free agent contracts and extensions signed to go along with a blockbuster trade or two. Through the months of February and March, I previewed most of the players moving to new teams (but not the ones who signed big extensions with their current team). Let’s see how some of the bigger moves of the off-season have panned out so far through the 1st month of the 2012 season. 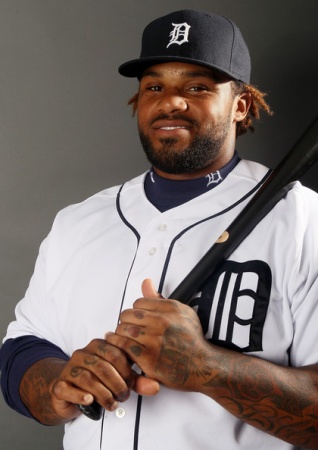 Prince Fielder – Detroit Tigers
A slight power decrease was expected moving to Detroit. So far, the production has been there with a .309/.387/.444 triple slash, a .362 wOBA, and 129 wRC+, but the power is not with only 3 HR’s and a .136 ISO. Two of the three HR’s have come at home, but they are his only extra base hits at Comerica. Not exactly what the Tigers paid $200 million for, but hey, it could be much worse.

Michael Pineda – New York Yankees
It’s probably pretty safe to file this transaction under “DISASTER” for the Yankees. Their other big off-season rotation acquisition, Hiroki Kuroda, has alternated between extreme hits and misses through 4 starts.

Jonathan Sanchez – Kansas City Royals
One of the first and more talked about transactions of the off-season, Kansas City sold high on one of their most productive hitters last season and bought low on a pitcher they hoped would return to form and anchor their young pitching staff. Sanchez has rewarded his new team with an absurd 19.1 BB%, including 7 walks in his last start. It’s even worse when you consider a career low 14.6 K% through 4 starts.

Josh Willingham – Minnesota Twins
You might be surprised to find out that Willingham’s 3-year, $30 million contract was the largest free agent signing ever by the Twins. They figured if he could hit 29 HR’s in Oakland, then he should be good for 30 anywhere else. So far they’ve been right as their big acquisition has started on fire with 5 HR’s, a .494 wOBA, 222 wRC+, .353 ISO, and .353/.457/.706 triple slash line. You know, just way better than the kind of production some other teams thought they might be getting for $200 million.

Yu Darvish – Texas Rangers
He was supposed to be so much different than all the other pitchers that came from Japan before him. Where have we heard that before? After losing a war of attrition with major league umpires concerning the American strike zone in his first 3 starts, Darvish seemed to accept facts and had his best outing last time out vs the Yankees of all teams. After 14 K’s to 13 BB’s coming into the game, he struck out 10 and only walked 2 without allowing a run. He may have gotten away with a bit in stranding runners after his 1st start, but maybe he is the pitcher that was so heavily hyped if he can keep this up.

Yeonis Cespedes – Oakland Athletics
This is what I wrote about him in my most recent blog concerning rising and falling player stocks in April: “Everyone knew he had power, but questioned his ability to hit major league pitching. A 27.8 K% proves that the concerns were justified, but he’s shown that he can and will hit mistakes a long way. Maybe the pitchers will make adjustments and eventually catch up, but Cespedes with 5 HR’s and a 10.1 BB% to go along with that K-rate, may have become the new Three True Outcomes poster boy. His .269 AVG, 18 RBI for the AL’s worst offense, .390 wOBA, and 152 wRC+ is impressive no matter what metrics you prefer. Plus, when he hits them, it’s fun to watch them go.”

Jesus Montero – Seattle Mariners
It looks like barring a total flop, the Mariners got the better of this deal. He’s yet to set the world on fire, batting .263 with only 4 extra base hits, but it could be worse. The Mariners could still have Pineda.

Albert Pujols – Los Angeles Angels
His horrible start has been hashed and re-hashed over the last several weeks by myself and many more qualified. At this point, it’s almost becoming a field day for masochists who wait to see how long before Angels brass starts leaping from windows. 221, 4 HR’s, .288 wOBA, 81 wRC+…..oh, wait! Those are Vernon Wells numbers. .216, 0 HR’s, .242 wOBA, 49 wRC+ is where Albert is at. 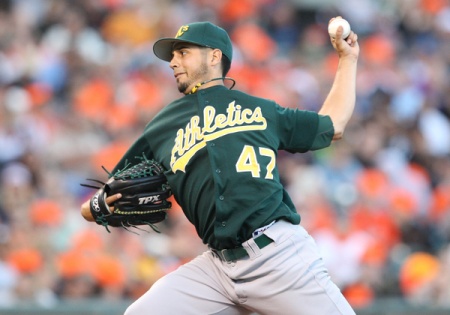 Gio Gonzalez – Washington Nationals
He’s only responded to the trade to the NL with the highest K-rate (29.1%) and lowest BB-rate (10.3%) of his career. He has a 1.82 ERA and has struck out at least 6 in all 5 starts while pitching at least 6 innings in each of his last 4. The Nationals revamped the middle of their rotation this off-season and between Gonzalez and Jackson, it’s more like they got a pair of front line starters instead so far.

Jonathan Papelbon – Philadelphia Phillies
He’s allowed 1 run in 9 innings with 7 Saves, striking out 9 of the 33 batters he’s faced. The Phillies still over-paid for their closer. It’s not his fault. Unless he pitches 90 games per season, there’s no way he can be worth it.

Jose Reyes – Miami Marlins
If you listen real close, you can hear ticking in the Miami clubhouse. .205/.276/.321 with a .249 wOBA and 52 wRC+. The .229 BABIP is not going to stick. The ground balls are up and fly balls are down, which is normally good for a speedster, but Reyes at his best is slamming balls into gaps and flying around the bases. There’s no way he’s this bad though.

Mark Buehrle – Miami Marlins
With an ERA of 2.63 and 3.91 SIERA, while walking just 3 of the first 109 batters he’s faced, he’s been almost the exact same guy he’s always been, if not even a little better.

Heath Bell – Miami Marlins
Everyone except the Marlins saw the decline there. Not only has he not been able to miss bats (5 K’s in 34 batters), he can no longer find the plate either (7 BB’s). There’s still a ton of time to turn it around and it’s only 34 batters, but then again, he may not.

Ozzie Guillen – Miami Marlins
Proclaimed his love of a villainous dictator, was suspended 5 games, and now he’s ready to blow a gasket. Just a normal month for Ozzie.

Joey Votto – Cincinnati Reds
Not long after everyone is saying that the Reds can’t afford him, they seem to pull $200 million out of thin air to extend him for probably the rest of his career. Although he only has 2 April HR’s, the .401 wOBA and 157 wRC+ are right where they’ve been his whole career.

Mat Latos – Cincinnati Reds
This is what I wrote about him in my previous player stock evaluation blog “Brought over from San Diego for a package of prized prospects in the off-season, the Reds expected Latos to be the face of their rotation, leading them to the post-season. While most expected some consequences to going from San Diego to Cincinnati, nobody expected Latos to start 1-2 with a 5.64 ERA and completely stop missing bats. His strikeouts (14.3%) aren’t much higher than his walks (10.2%), on the back of a career low Swinging Strike rate (8%). His velocity remains the same, but he appears to have pulled back on his slider usage in favor of his change up. It may be a question of keeping his arm strong, but one has to wonder if Latos will continue to consciously sacrifice performance in favor of potential health benefits.”

Aramis Ramirez – Milwaukee Brewers
The Brewers didn’t expect him to replace Prince Fielder, but .228 with 2 HR’s and a .302 wOBA probably isn’t what they expected either. They say he does this every year though, before heating up over the summer and finishing with fine numbers.

Matt Kemp – Los Angeles Dodgers
The Dodgers gave Kemp a huge extension which now looks like a bargain and he responded by turning into the 2nd coming of Babe Ruth (I would have said Barry Bonds if not for the steroid association it would inevitably incur).

Jamie Moyer – Colorado Rockies
The biggest off-season acquisition on this list, there was some worry that after a year off, Moyer might not be able to return to his normally dominant self. He’s still only 49 though, so why the hell not? Moyer has started the 2nd half of his career with a 3.14 ERA through 5 starts and he even struck out 7 Mets in his last start! CY…..YOUNG!