What a thrilling US Open! This week, the European Tour returns to Germany as Tommy Fleetwood, who came oh-so-close to an unbelievable comeback last week, headlines the best of the European contingent in the run-up to the next Major, the Open in mid-July.

Coming off of the US Open, the BMW International has historically been a soft landing for some of the big European names coming from America, as the higher-money, and higher-stakes, events loom in the next month in France, England, Ireland and Scotland. Having said that it is not an easy course at Golf Club Gut Lärchenhof, which was last host of this event in 2016, when Henrik Stenson powered his way to a 3 stroke, -17 win.

For the PGA pros, this will be a welcome change from the devil course at Shinnecock Hills, while for the European Tour regulars looking to break into the top tier it is one of the more challenging courses on their track.

Last Time Out: In the Shot Clock Masters, I did have a fair amount of runaway winner Mikko Korhonen, but Florian Fritsch’s disastrous second round was costly to me, as he went from safe to missing the cut badly. The Shot Clock Masters really seemed to create a huge gap between success and failure – when things were going good, the shot clock wasn’t much of a factor, but when the golfers faced any sort of tough shots, things had a tendency to get worse.

The Course: From the EURO Tour Website: “The course was designed by 18-time Major Champion Jack Nicklaus in 1996 and is the only course in the country designed by the great of the game. Three of the last European Tour events to be played at Golf Club Gut Larchenhof have all been decided by play-offs. In the 2009 German Masters, James Kingston defeated Anders Hanson. In the 2012 BMW International Open, Danny Willett edged out Marcus Fraser and in 2014 Fabrizio Zanotti beat Grégory Havret, Rafa Cabrera Bello and Henrik Stenson.”

Stat I’m looking At: Even though this is a Par 72, the Par 5’s are relatively short and need to be exploited if you hope to win here. Ball striking is going to be key, and the statistic I am looking at the most is an old-fashioned one: greens in regulation and greens under regulation. Under regulation is important to me because these are shorter Par 5’s.

Something also to possibly consider is the weather. An underappreciated point about the 2016 version of this event here was the fact that there were some rain delays washing out part of the action. Right now forecasts are clear, but it might be worth it to make a weather check a few times before opening tee. 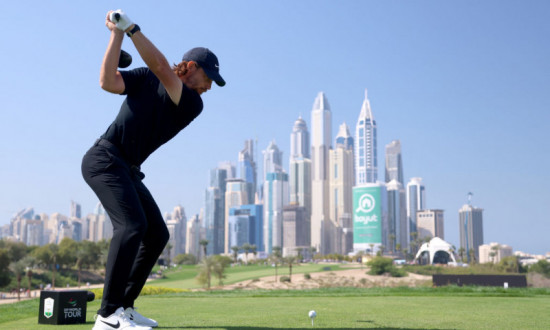 Big Priced Golfer In My Player Pool: Ignore the flights. Ignore the narrative of the US Open hangover. I will be. I’ll have a good hunk of Tommy Fleetwood ($11,800 DK) in my lineups this week.

First of all, Fleetwood is the most talented golfer in this weak field without a shadow of a doubt, and the one boasting the best form, as anyone who tuned into the US Open on Sunday will tell you. His biggest strengths are ball striking and getting at Par 5’s, which the Fleetgoat should eat up this week, even with a bit of a US Open hangover. It is possible to overthink things. Don’t.

Mid-Range Golfer In My Player Pool: Jorge Campillo ($8,500 DK) has his absolute best chance to get back into the Ryder Cup conversation this week, and this Spanish ball-striker has an excellent opportunity to do so. Jorge has been on the brink of breaking out all spring long, and I think there’s a really good chance he could do so this week.

Value Golfer In My Player Pool: I think Marcel Siem ($6,900 DK) is the German course specialist you want to consider this week. Not only does he line up in that greens under regulation stat, in 2012 he leapt to an early 1st round lead at this golf course, finishing 6th, and I think he could do something like that again this week. His more recent course history is a bit concerning, but he should be poised and ready, I think, after switching to Callaway clubs last month.

Full Fade: What on earth is wrong with Sergio Garcia ($11,200 DK)? On paper, this is the sort of course he should eat up, but then again he’s played a lot of golf since enjoying the birth of his child back in March. For whatever reason, his head hasn’t been in the game, at least on the PGA side. In theory this “easier” track will give him a chance to round back in to form, but I’m not taking a chance on him with a Dustin Johnson-type price.