Francesco Molinari had a stellar four days in England last week, capping it off a 4th round 68 to finish at 17 under par to hold off Rory McIlrory and win the BMW PGA Championship. He’ll be looking to continue that white-hot form this week on home soil as he competes in the Italian Open and further attempts to firm his hold on a place on the European Ryder Cup Team.

The Italian Open has some significance to me – it was the first event I wrote about for EURO Daily Fantasy Golf. Though it was a Rolex series event, it wasn’t a year ago – the event last season was in October, and played at an entirely different golf course. In fact, Gardagolf country club last hosted a European Tour event in 2003, when Mathias Grönberg won the Italian Open on his way to a brief appearance on the PGA Tour. Few in this tournament will have extensive experience on this course.

Last Time Out: Though I had some Molinari, it wasn’t nearly enough to salvage a disaster week for me in EURO. I was all in on Andrew “Beef” Johnston, who played, frankly, like rotten hamburger on the two days he was allowed on the course, shooting +5 in 2 days, scoring less than 20 DK points, and finishing 124th. And it’s not like Tommy Fleetwood (T20) or Erik van Rooyen (T20) moved my cash line much, either.

There’s not a lot to go on about this particular course, since it’s been so long since it’s been in the EURO playlist, but it’s worthy of mention that some of the older golfers playing in this tournament have some experience playing here in the early 2000s. I am adding a bit of extra consideration for golfers who have played here before or consider this as their home course.

Stat I’m looking At: Without a really good course history, I am looking at the scorecard of this tournament, which is a Par 71 with three somewhat lengthy Par 5’s and one possible drivable Par 4, the 17th. This seems to point to a combination of Shots Gained: Approach and Shots Gained: Off the Tee, at least in my mind.

Also, just like last week I am looking for guys who really have that extra motivation to do well this week, either for a Ryder Cup place or an invite to the US Open. Though there were a slew of EURO players that did themselves no favors in their chances for US Open qualification, there are a few names in the 60s and 70s of OWGR that might be of interest. 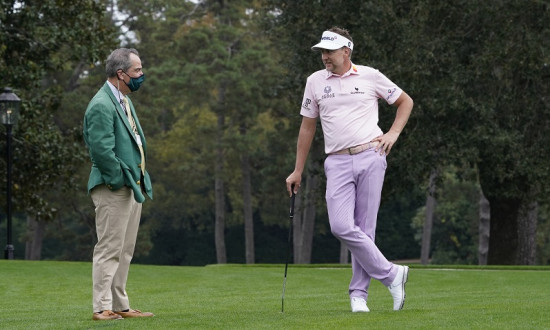 Big Priced Golfer In My Player Pool: In the high tier, one name really stands out: Ian Poulter ($9,900 DK).

Poulter really hits a sweet spot for consideration because of a multitude of factors. First – he’s been around the block, competing in the Italian Open in the early 2000s and winning his first few European Tournaments here as a young man. Second, his approach game on the PGA Tour is one of the best there is (22nd in SG: Approach), along with an accurate striking game. Third, he’s pushing to make the Ryder Cup team, and a good performance here at a place where he’s seen success will help him immensely in that goal. And finally, his form has been stellar, with 3 T20 finishes in his last three events and his last cut coming in March (including a made cut at the Masters). Add to that the fact he’s only making a short hop from the BMW championship last week – I’ll be stocking up.

Mid-Range Golfer In My Player Pool: The middle range the last few weeks has been the bane of my existence, and this week I think it’s especially hard to find terrific punts. Though it’s slim pickings, Graeme McDowell ($8,400 DK) does have the sort of short, approach-driven game I suspect we’re looking for, as well as some decent form coming off of last week’s torunament (T12). If this course is as approach-driven and driver-down as I think it will be, GMac should be a solid pick.

Value Golfer In My Player Pool: Personally, I think there will be a great temptation to go stars and scrubs in this tournament, based on the number of high-priced studs like Poulter or Molinari up top, and the sheer number of tempting low-cost punts, many under $7,000.

Of this group Matteo Manassero ($7,200 DK) is sitting there riding a solid wave of form, and will be playing on his home course and a course with which he will have more familiarity than many of the other golfers this week. His periphreals, most notably SG: Approach, line up here as well.

Full Fade: Alexander Levy ($9,000 DK) came up surprisingly small last week after going through a terrific set of European Tour events, possibly because of the up in quality of his competition. Still plenty motivated to get onto the Ryder Cup team, I saw enough last week to be concerned about him going forward. The risk to me isn’t worth it.