Last week in EURO action, a crazy finish in Germany for the BMW International made for great TV, and also made for very frustrating viewing if you, like me, had a good amount of Scott Hend in your lineups last week. Thorbjørn Olesen shot a course record and Matt Wallace did just well enough to take the title, while Hend’s disappointing 70 had him only barely remain in the Top 10.

This week in EURO Tour action isn’t only another featured Rolex Series event – one with a bigger prize pool and bigger Ryder Cup implications for the European players – it also will be a chance for the attendees to get their first crack at the course what will serve as the final round in the Ryder Cup this September. Aside from the regular motivations of those trying to keep their tour cards and trying to play their way onto the Ryder Cup team, this added wrinkle means that the stars will be in France this week, and should be a fascinating tournament to follow.

Last Time Out: I said to ignore the US Open hangover and draft Tommy Fleetwood, but you probably should have gone against that advice. Fleetwood only barely made the cut and didn’t really push for the upper half of the leaderboard all weekend, which did cost me in some lineups. Jorge Campillo worked better for me, but he didn’t crack the Top 10, while Marcel Siem never panned out either after a disastrous 2nd round.

The Course: From the EURO Tour Website: “Situated on the outskirts of historic Versailles near the French capital of Paris, the renowned L’Albatros course, designed by architects Hubert Chesneau and Robert Von Hagge, has hosted the Open de France since in all but two years since opening its doors in 1990 and enhanced its already-flourishing reputation by becoming a Destination in the glittering network of world-class golfing venues assembled by European Tour Properties.

The greens at Le Golf National are a combination bentgrass greens with a stimpmeter of 10’ 6” (per the EURO Tour website), which in my reading is pretty fast and might get faster as the day rolls along. As mentioned above, water comes into play often.

Stat I’m looking At: As big a part as Par 5 scoring played last week, the three Par 5’s on this course are long and aren’t big eagle-makers. This isn’t the sort of course where you can simply overwhelm with length, which makes it especially curious that Fleetwood won here last year. I am valuing hitting fairways and Strokes Gained: Putting this week, with an eye as well towards good iron play as well. I hate to overly lean on Greens in Regulation, but I think it’s probably the stat I will value the most.

Big Priced Golfer In My Player Pool: It’s really tempting to take Fleetwood, with his exceptional greens-in-regulation and his generally hot form. However, coming off a US Open surge and a pretty uninspiring four days in Germany, I’m going to pass on him this week. He has to be really gassed, and it wouldn’t be totally surprising to see a missed cut from him.

The guy that intrigues me this week is Jon Rahm ($11,300 DK). Almost the anti-Fleetwood in the US Open, Rahm melted down on both days at Shinnecock Hills, really fuelling his doubters that he may never win a major. With more than a week off, could he really go off at the French Open? Of the top players, only Fleetwood is better with greens in regulation, and the warm weather and maybe a bit of anger and frustration might serve him well in Paris. When he’s on, few can touch him. Could this be the perfect situation?

Mid-Range Golfer In My Player Pool: Lucas Bjerregaard ($8,500 DK) last week quietly had a very nice 67-69 finish to end up with a T5 last week to add to my agony. Riding that form, Bjerregaard, who is trying to play his way onto the Ryder Cup team, seems to also line up well here – last week in Germany he was 4th in Greens in Regulation. If he can keep his putting form up, he might win this. 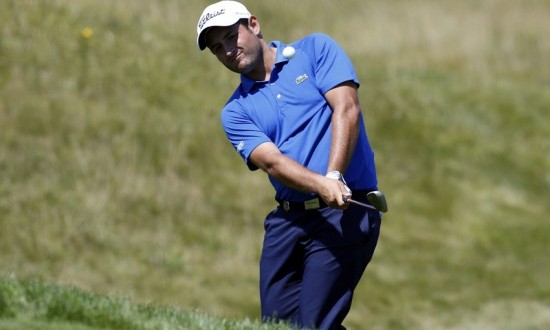 Value Golfer In My Player Pool: Before I even saw the prices for this event, I was seriously thinking about simply plugging in Alexander Levy regardless of price. Imagine my surprise when I saw that he was a comical $7,400 DK!

Levy is the best French golfer on the European Tour at the moment, a tiny bit ahead of Mike Lorenzo-Vera. Levy has ambitions to make the Ryder Cup team playing in his own country, and this venue and this tournament would provide arguably the best possible stage for him to demonstrate to captain Thomas Bjørn that he needs to be on this team. It helps, too, that this type of course really suits his game – not overwhelming off the tee, but generally accurate, along with good putting form overall. Adding fuel to the fire is that Levy really needs to do well here. For some, the added pressure might be a detriment, but I think for Levy it will only make him want to prove the doubters wrong.

Full Fade: As I mentioned earlier, Tommy Fleetwood ($11,100 DK) has played an awful lot of golf and really seemed to need a break before last week. On paper, he could defend his championship or at least be seen as a good candidate for T10. In practice, I think he either muddles through with a middling finish or might even miss the cut.