This week’s tour stop is the Memorial Tournament at Muirfield Village golf club in Dublin, Ohio. This event is invitation-only and is hosted by Jack Nickalus.

The course is a standard par-72 with four par 3 and four par 5 holes. Tree-lined fairways and plenty of bunkers and water hazards make for a fairly difficult course; 19th in difficulty in 2012, and 6th in difficulty in 2013, when Matt Kuchar won the event, one of only two golfers last year to finish the course with double figures under par.

This course is known for it’s high-scoring par 5 holes, which produced a total of 20 eagles and 524 birdies for players last year.

The last ten winners of this event are:

Important stats to target this week include ball striking, going for the green, overall birdie leaders, strokes gained/putting, and one-putt percentage. Now we’ll take a look at some early favorites:

Matt Kuchar: Kooch’s surprise MC last week at the Crowne Plaza Invitational was a shocker, but look for this year’s defending champion and current leader in top ten finishes to bounce back nicely at the Memorial. Kuchar ranks first in Scoring Average, 14th in Strokes Gained/Putting, and 4th in Scrambling. A tour win has eluded him this season, but that won’t last long. Kuchar is a strong roster choice this week. 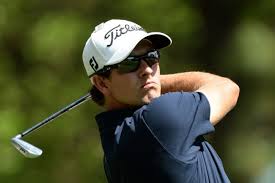 Adam Scott: Looks like Scott takes that Number One World Ranking seriously after all! Scott is fresh off a tour win last week at the Crowne Plaza Invitational, beating out Jason Dufner in a playoff. Scott is number one in Par 5 Birdie or Better Leaders, ranks top 5 in Scoring Average, Birdie Average, Birdie or Better Conversion %, and Par Breakers. Scott also fits all three of the criteria listed above, having won this year previously, playing this course at least twice, and being over 30 years of age. Scott looks to hold off Kuchar and Henrik Stenson for at least another week and retain his world no. 1 ranking with a solid performance this week. 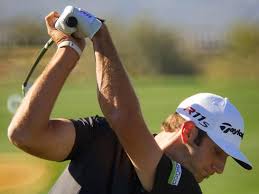 Dustin Johnson: He’s back, and he’s hungry. Johnson’s 14th place finish last week, albiet on an unfamiliar course, was exactly what I expected from a top golfer coming back from an injury. Look for Dustin Johnson to make some noise on Sunday. Johnson sits inside the top ten in Ball Striking, Driving Distance, Driving Accuracy, Scoring Average, GIR %, Eagles, and Par 3, 4, and 5 Birdie Leaders. Also, he’s dating Paulina Gretzky, which warrants a roster spot on its own. Quite a resume.

Last year’s runner-up is making a strong case for a roster spot on your fantasy golf team this week. His T10 finish last week gives him four consecutive cuts made, and he seems to be heating up at just the right time. Chappell currently ranks 12th in Ball Striking, 11th in Total Driving, 17th in Total Birdies, and 8th in Proximity to Hole. Chappell can provide a solid performance for a price that doesn’t break the bank.

Michael Thompson: Here’s a combination of past history and recent play blending together at the perfect moment. Michael Thompson finished T8th here last year, and is also hot off a top 15 finish last week. Thompson owes much of his success to his putting skills, ranking 12th in Total Putting, 7th in putts made from 5-10’ and 3rd in putts made from 5-15’, which is fantastic given this week’s courses’ smaller-than-usual greens.

This is being written before salaries are up, but I don’t expect Thompson to break the bank either.