Hello all, tonight I see a very straight-forward matchup between two division rivals.

It’s a wonderful thing when two teams with very condensed target trees face off, it makes it much easier to feel good about your plays. With that being said, I want to leave a few strategy notes that help me attack every showdown slate, that way this article can be used as a reference in the future.

The second question refers to lineup construction and what you believe the field will do. This could arguably be the most important question you ask when making a showdown lineup. Avoiding duplication is arguably just as important, if not more so, than the plays themselves.

Lastly, the third question seems relatively intuitive, but I believe a lot of people ignore it and just try to galaxy brain their entire lineup in efforts to be different from the field. The most obvious example would be placing a running back who doesn’t catch balls in the Captain spot and then using the QB from that team then playing four players from the other team.

Okay, hopefully those three questions make sense and the explanation didn’t bore you to death. Let’s ask those same three questions in relation to tonight’s slate and see if it helps us bink a GPP. 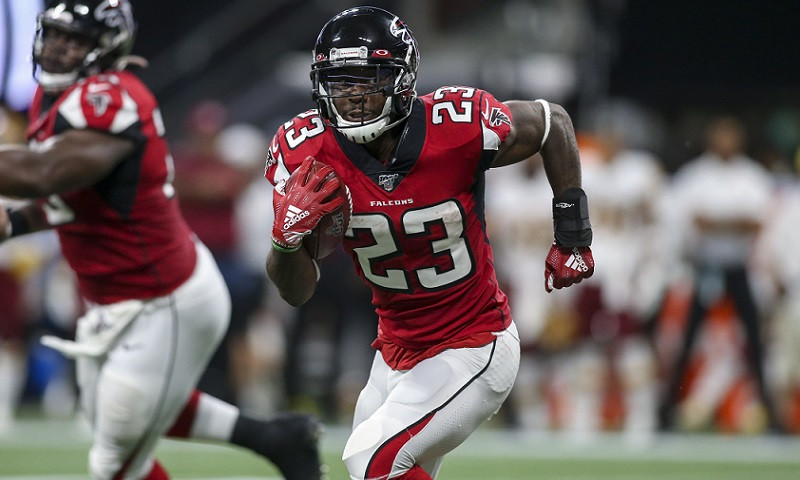 At $2,200 on DraftKings I think he is the best value on the slate. While I won’t be playing in him in the Captain spot, his salary opens things up quite nicely even in the flex spot. There are a few reasons I believe he is a value.

Brian Hill has had at least 2 targets in every single game this season. Todd Gurley had his largest workload all season just 4 days ago with 23 rushes and 2 catches. If we know anything about Gurley, especially this season, is that he isn’t the most durable back in the league. This is also evidenced by earlier in the season when he was averaging just 55% of snaps weeks 1-6.

Brian Hill has also established himself as the clear back-up running back on the Atlanta team, usurping Ito Smith. I’m not going to guarantee a touchdown or anything, but if somehow variance allows Brian Hill to be the one scoring the rushing touchdown and not Gurley, we have significant leverage on Todd Gurley and the chalky Atlanta passing attack.

Ito Smith has been declared inactive for tonight against Carolina. While it isn’t a massive bump in projection for Brian Hill, you can at least be more confident that Brian Hill will handle all of the back-up running back snaps. 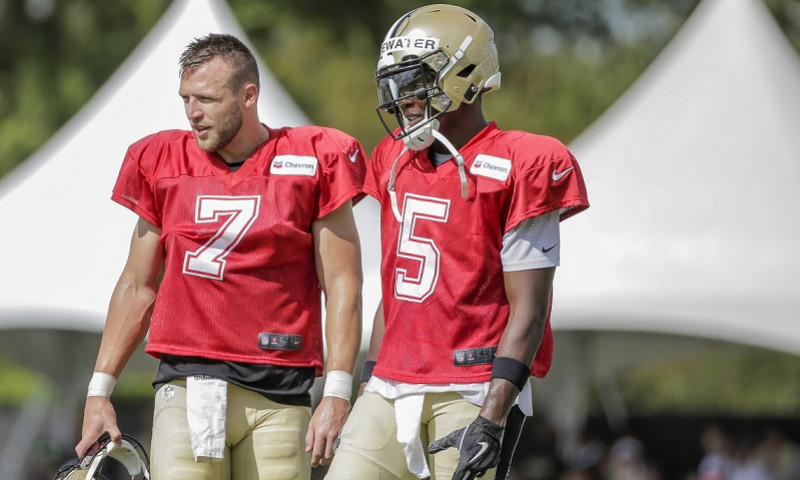 Teddy Bridgewater shows up as the most popular flex option in the 150 optimal median projection builds. He also shows up in about half of those lineups with Matt Ryan in the same lineup. A player group that could help limit duplication would be to limit your lineups to have a max of 1 QB per lineup.

Look we already know Teddy Bridgewater doesn’t have the ceiling like some of other QB’s in this league. He has not thrown over 2 passing touchdowns in a single game this year and has only thrown over 300 passing yards in a game twice this season. Both teams have struggled in the Red Zone as well, Carolina is converting TD’s at a 52% clip (27th overall) and Atlanta at 58.33% clip (23rd overall). 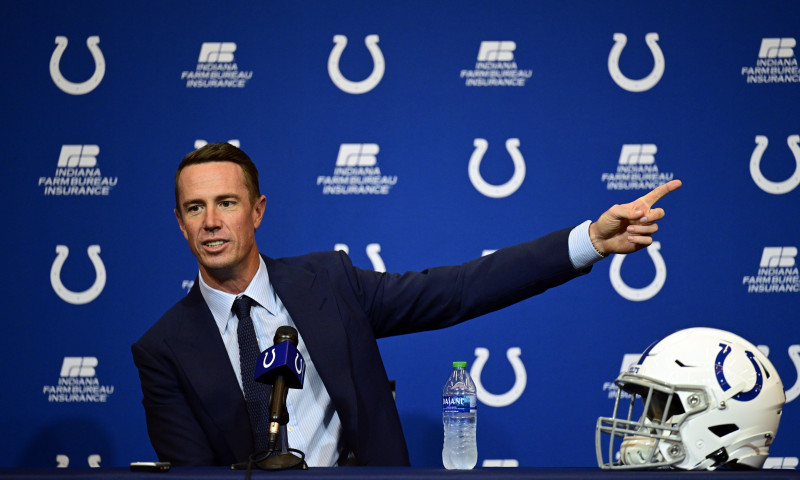 This probably goes without saying, but if you are playing Julio Jones or Calvin Ridley in the Captain spot, just play Matt Ryan in the flex spot and don’t get cute with it. Both these receivers are highly correlated with their QB and you are trying to be too different if you aren’t playing Ryan in those lineups. Get different elsewhere and take the positive correlation where you can get it.

A last note I should mention is that it’s difficult to know which receiver for both teams is going to be the one who goes off in any given game. Instead of trying to convince yourself Julio is way better than Ridley or Anderson is a must play over Moore, I don’t mind just targeting the lower owned receiver but also just playing all of them across different lineups.

Hopefully this article helps someone! Try to ask yourself these three questions whenever you put a lineup together and may the football gods have mercy on your soul.