Hello Rotogrinders community! I joined RG last year and became a frequent user within the past few months. Since then I have really learned a lot about DFS. I enjoy reading many of the blogs out there and thought I should contribute. I had an idea for a blog that I thought would be fun to write… so here it goes.

A little about me as a player… I typically play 1-4 lineups. I play primarily GPP’s but also use some cash games to help keep my bankroll afloat, and limit the damage during rough patches.

I am going to use this space to share a handful of players that I feel strongly about before each slate. This can be players I am for or against. If I’m for a player it is going to be one I’ll likely play in ALL of my lineups (core player). If I am against them, I’m taking a stand against them and not playing them in any lineups. Players that I write up in the against section will be ones that are likely to be popular plays. I’ll start by reflecting on the players I built around the day before and then move on to today’s slate.

Patty Mills, Devin Booker, Dario Saric and Jusuf Nurkic.
If you built around these guys you probably did fine yesterday. They returned 6.5x together thanks to Nurkic’s MONSTER game. If you had these guys AND managed to avoid the Kawhi Leonard dud, you probably crushed. Patty Mills didn’t have a good night as the Spurs underperformed. Looking back though, I would play him again in the same situation today given the opportunity. I recommended fading LeBron and that backfired. Maybe I should have given him more consideration since there was a good chance I was paying up at one SF spot, and I wasn’t so high on Leonard that I thought he deserved to be a lock in all of my lineups.

On to today’s slate…

I primarily play on FD so my recommendations will be based on their pricing.

Stephen Curry – $10,200: Yesterday none of the guys I wrote about in the “For” section were over 7.4k. Today, the first thing I’m doing is locking in two high end guys that I like a lot. Curry plays against my Minnesota Timberwolves tonight. The matchup is okay and the Wolves seem to be slowly improving on defense as a team, but I’m not really concerned with that. There is not much opportunity cost at PG that I can see right now. I’m playing Curry because I expect him to start scoring 30+ regularly, any day now. Since Durant went down, Curry has yet to return to being the player he was last year without him and it has kept his price reasonable. He will get back there tonight… this isn’t going to end well for Ricky Rubio. 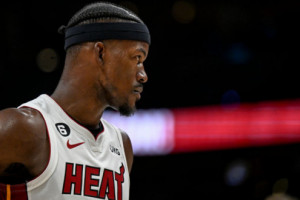 Jimmy Butler – $9,100: Jimmy Butler is the second high end player I’m setting and forgetting. Wade looks like he will return tonight and hopefully that keeps a few people off of Butler. Obviously, targeting teams against the rockets is usually a good idea. I think this may even be a better environment for Butler than he has been in for the past few games, without Wade. Wade’s return could take a little pressure off of him and the Bulls still have absolutely no one else. Butler should be all over the court tonight, doing lots of things.

Cody Zeller – $5,100: This pick is contingent on Jokic’s status tonight. If he’s out, Mason Plumlee will be hard to fade (he will be extremely popular, but for good reason). If Jokic does return, or you just want a pivot from Plumlee for a similar price, go with Cody Zeller. Zeller will play a ton with Kaminsky out and the matchup is favorable too. There’s a decent chance that I go with Zeller even if Plumlee does start for Denver again. I think they are very similar plays tonight and a lot more people will probably be on Plumlee.

The Brooklyn Nets: Be careful with this team. Lopez is out and its easy to say “well, there has got to be some kind of value here”. There probably will be but its very difficult to say where the production is going to come from. For the most part I’m just not clicking on Nets (Kilpatrick might be the lone exception). Dallas is not an ideal matchup and no one plays more than 28 minutes for this team usually. No thanks.

That’s it for today! Hope you enjoyed reading. I would love to get any thoughts/feedback in the comments sections.