Thanks, DraftKings! I Am An Idiot. 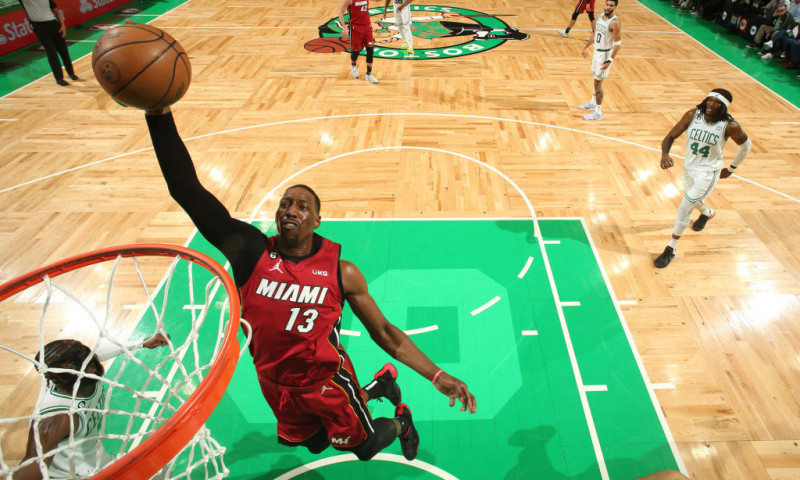 Happy Friday, Grinders! It has been quite some time since I jumped in the RotoGrinders blogosphere. I just could not pass up on an opportunity to tell you an embarrassing story about… me. I want to share me tale of woe. So, if I may, indulge me by letting me give you access to how goofy I am.

The NBA tipped off on Tuesday night but brought the first big slate of games on Wednesday. As a busy dad of three — our baby daughter was born in August — I really cannot play any actual volume of DFS games during the NBA season. Instead, I chase my crowns by entering a lineup for fun and hope that it might hit. That said, the #dadlife does not preclude me from betting irresponsibly on NBA props — especially on the first big slate of the NBA season. So, I bet $6 on a six-prop parlay of player props. 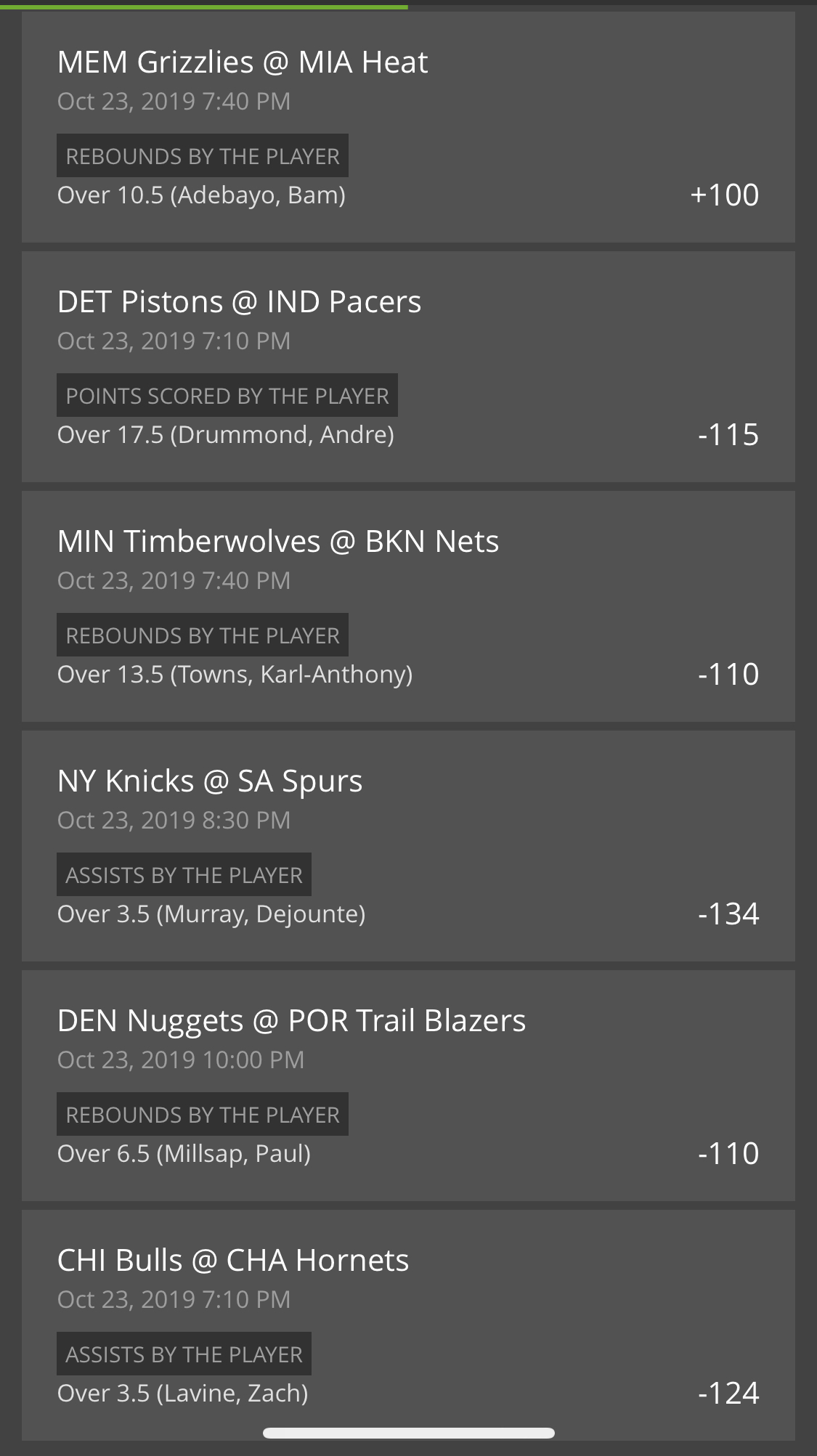 A couple of these props I was pretty high on. I bet the over on Bam’s rebounds and Drummond’s points — but wanted to have a bit of fun with a cheap parlay. So, I punched my ticket and proceeded to spend some time with family — shamelessly watching AEW Dynamite on TNT instead of grinding NBA tape.

Well, while giving Addy her evening bottle, I took a quick glance at DKLive and saw a few of my props already hit. Bam just eclipsed 10.5 boards, Drummond was dominating, and Zach Lavine started rolling in the second half after a dreadful first two quarters. Then, Dejounte Murray went over his assists prop by halftime of the Knicks game. So, I hit the pause button on AEW and tuned into the Nets game. KAT was having his way with the Nets but needed a handful of rebounds to hit my fifth prop. Was I going to be able to hedge before Milsap even tipped off?

The $6 parlay was set to pay me $265. All of a sudden, I went from responsible, dorky father watching wrestling and feeding my daughter to degenerate gambler sweating rebounds by a center from Minnesota. How invigorating! Already too long story short, KAT grabbed his 14th rebound at about 9:50 PM. Decision time…

Should I hedge? What is $6? How likely is it to hit six out of six props though? I should hedge. Yeah, time to hedge. My wife was occupied so I did not want to beg her to take the baby so I can “bet more.” Instead, I nestled Addison up in my left arm while feverishly double checking all of the stats of the previously mentioned players. Once I checked all five like twenty times, I decided to hedge the Milsap line by betting under 6.5 rebounds for the same -110. The line hadn’t moved. Perfect. I locked in nearly $130. Not bad for family time.

That night, my daughter woke up a few times more than normal but I could not be brought down. Not only did I hit a couple of props individually but I just kicked off the NBA season with a bang. Also, my DFS lineup that I entered for “crown life” ended up cashing for 4x. What a night… so I thought.

At 2:30 AM, Addison woke us up again and since I was wide-eyed I decided to check and see if Paul Milsap hit the prop. His five assists were not enough and I felt like a star. “You smart guy, you,” I thought to myself as I tried to get back to sleep. “Let’s take a look at that DraftKings balance just for kicks.”

Only, my balance did not change. As a matter of fact, my balance seemed to be precisely $250 short of where it should have been after my hedge bet was credited back with my winnings. “Probably didn’t process, yet,” I thought. “Let’s check the open bets.”

Feeding Addison, half-asleep, I hedged by not hedging. Instead of betting the under, I clicked the wrong button and despite checking the stats like 25 times I did not bother to check the bet slip to make sure I bet the correct side of the number. What an idiot.

The following morning, as evidenced by me sharing this story with you, I felt no shame in sharing my story with DraftKings. I am a small-time player. I never thought they should really do anything to help me out. Hell. This was my fault. I am an idiot. But, you never know. Maybe they will have mercy on a loyal customer of several years who made a mistake many of us could have made.

To my absolute shock, a DraftKings rep e-mailed me immediately in the morning letting me know that what I did was clearly a mistake. He even mentioned, “Yeah, it happens.” While they could not credit me with the winnings, they offered to credit me with free bets to compensate for my lost hedge bet. I was stammered. I hope the rep was able to share my embarrassing story with his colleagues so they could laugh hysterically at this dopey dad… but they showed mercy. We often hear and read stories about the bigger sites not taking care of customers. Honestly, I was blown away by the support and service. It still sucks that I lost the equity in my bet but at least I didn’t take an actual loss. If you read my articles, you know those bets will be put to use sooner than later.

So, kudos to you, DraftKings Sportsbook. If you have not already, click the link to DraftKings Sportsbook to sign up with our promo code to get a bonus. At the minimum, I can tell you from experience that they will take care of you even if you manage to click the wrong button while being half asleep and feeding your daughter a bottle.