The Chipmunk and the Mouse

This past weekend my wife called me to the back door. Our resident chipmunk, who we call Chippy was sitting in a flower pot on our back porch having a snack. “You should come up and look, he’s been there for twenty minutes. He’s super cute.”

Then I looked a bit closer. “What’s he eating?”

“Oh, probably one of my bulbs.”

I opened the screen door, took a few steps and looked even closer.

Chippy was eating the head off of a dead mouse. He would rip a bit of it off, nibble then look up at me. It was a “you’re next” type of look. 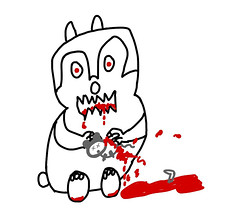 That sums up my DFS experience. At first, the chipmunk looks super cute – just like DFS looks like a great opportunity. You think you know all about it – you know sports! Then suddenly, at some point (hopefully) you realize you don’t know much about how to play DFS. Like I found out chipmunks don’t just eat nuts – they have a taste for mouse head. (I googled it, apparently, they don’t just eat nuts. Mouse can be a tasty snack.)

So yeah. Let’s talk about this.

On September 14, 2019, I decided to try out DFS for the first time. I was doing some sports betting and had access to an optimizer as part of a package I had chosen. Up until this point I had little interest in DFS. I’m not sure why. It’s one of those mysteries that I’ll mumble to myself repeatedly when I’m on my deathbed.

That was the last time I was on the good side of green for 490 days.

Why was I horrible? I did what most of us do when we first start playing DFS. I searched for the secret sauce. I thought I had to figure something out that no one else knew. Identify some predictive type of stat, or look at a combination of different stats. Something that no one else in the industry was doing. And if I figured this one thing out – I’d be winning.

There was one major problem that I didn’t realize at the time.

I’m not that smart.

You Mean Good DFS Players have a “Background”?

I have an English Language and Literature background. If that doesn’t screen DFS success, I’m not sure what does. (Sarcasm doesn’t come across great with written words – so please note I’m using it here).

I did use some math during my post-secondary education (math is everywhere in life). The math I used involved calculations to figure out how many books I didn’t have to read but still pass the final exam. (I did realize my calculations were wrong about an hour into the final exam – but that’s not the point).

The Slow Leak of a Beginning DFS Player

Back to October 2019. Baseball season was over, and I didn’t get to play much – but I ended with a $7.02 profit. This was awesome. Unfortunately, I wasn’t as successful at NFL. Or NBA. Or NHL. And I lost the one contest I played in Soccer and XFL.

NBA was the worst. I searched online to figure out what exactly I needed to do and two words kept popping up. Minutes and Usage. In my head, this was part of the secret sauce that other’s wouldn’t know (except for the authors of the multiple websites and everyone who read those websites).

I needed to find players who were going to play a lot and have the ball in their hands when they did play. Simple. I would choose these players, get the optimizer to spit out the perfect lineups and then throw them into contests at Draftkings. I didn’t even look at the projections. Why look at something everyone else looked at?

I spent hours looking at minutes and usage numbers – having them roll around in my head – trying to find the predictive pattern. And I lost. And lost. And lost. Luckily, I didn’t lose much as my love of money means not spending a whole lot of it. Give me the Dime Time and the Quarter Jukebox every day of the week.

When sports stopped thanks to the pandemic, so did my slow leak.

A year later, as I watch the chipmunk rip off another bit of mouse for dinner, I came to two important realizations.

1) Those days that I looked for minutes and usage, I was the mouse, I had no idea where my head was and there’s was a lot of blood – everywhere.