Top 10 Daily Fantasy NBA Rookies Who Could Help Your Team

As daily fantasy players, we are always looking for hidden gems to get us fantasy points for the least amount of salary possible. The ten rookies below should all be priced fairly cheaply and could produce some spectacular returns for your daily fantasy dollar for the 2011-12 season.

The Cavaliers cleared a spot for Irving by getting rid of Baron Davis under the amnesty provision. It looks like Ramon Sessions will begin the season as the starting PG for the Cavs, but I’d expect that Irving will get 25+ minutes off the bench and should move into the starting PG spot around the first couple of weeks in February. 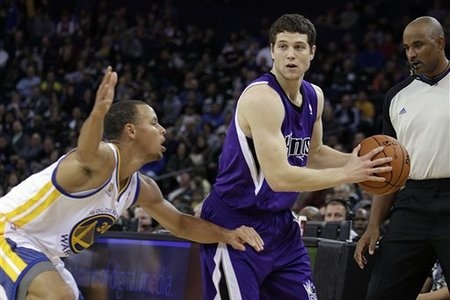 Rubio was drafted a couple of years ago and played in Spain to keep his skills sharp. He’s an excellent passer who could rack up 10 assists a game. Nobody is really sure what his shot is going to be like, but at worst he’s a cheap Jason Kidd.

Tyreke Evans has the starting PG spot right now, but he’s always having trouble with his feet and could miss games at random. Jimmer has a great shot and can rack up fantasy points if given minutes.

There has been some talk of moving Kevin Love to center and playing Michael Beasley at power forward, which would open up minutes for Derrick Williams. The big guy has a great shooting touch and could be a nice source of fantasy points.

Denver always seems to be in need of big men and they have a good one in Kenneth Faried. He’s going to be a rebounding machine and could approach double-doubles when the matchups are right.

His overseas contract was recently bought out and he’s free to unleash his shotblocking on the NBA. Charlotte doesn’t have much at center, so Biyombo has a pretty decent path to some significant minutes. Expect 6 points, 8 rebounds and a couple of blocks a game if given 25+ minutes. 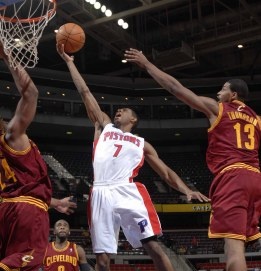 Knight nearly had a starting job if Rodney Stuckey had delayed any longer on accepting his overblown contract. I’ve seen speculation of the Pistons moving Stuckey to shooting guard which would open the PG spot for Knight. Whatever happens, I think there will be a three guard rotation in Detroit with Stuckey, Ben Gordon and Knight all getting solid minutes.

The Cavs should ship Antawn Jamison out and throw Thompson into the fire to get experience. I’m not sure that it will happen right away, but he’s one Jamison hammy away from a starting spot.

The Knicks backcourt is a mess right now and neither Mike Bibby nor Toney Douglas play any defense at all, so Shumpert has a chance to get some decent minutes because of his defensive ability. However, defense isn’t the only thing that he does well. He’s a combo guard who can definitely run the point. He’ll feed Carmelo Anthony and Amare Stoudemire, which is an attractive fantasy proposition.

Mario Chalmers is the starting PG in Miami right now, but Cole is pushing for minutes. He’s not going to see the basketball much with James and Wade running the show, but he could be good value and a nice minimum salary roster filler if he gets starters minutes, even off the bench.

About the Writer: Allen “Tippy” Tippy operates Fantasy Basketball Daily where he covers the day-to-day fantasy NBA scene for season long and daily league players. He’s been participating in Daily Fantasy Sports since 2007 across all of the major sites; concentrating mostly on the NBA. He’s a huge Alabama Crimson Tide fan, Chicago Cubs fan and an avid poker player. Tippy day-trades the S&P 500 Futures market and foreign currency markets for a living. He lives in West Virginia with his wife and seven year old daughter.