It’s time for another edition of the Wednesday Tipp-Off where I scour the NBA schedule and pick out those value guys with a price tag under $7000 to round out your roster after you’ve spent large on the elite studs.  The biggest obstacle tonight is to probably avoiding all of the players involved in the Carmelo Anthony trade since there is no definite answer as to whether any of these guys will play or what their role will be.  There’s also a big danger in some guys missing games tonight as their teams hold them out as trade talks progress and become finalized.  Try to avoid the guys who have had trade rumors swirling around them for the last few weeks.  On to tonight’s sleeper picks.

Luke Ridnour (MIN, $5400) – Jonny Flynn is going to be out for another game or two, so Ridnour should continue to start and see heavy minutes. He’s got a good matchup at home against a Memphis team that likes to run.

Jose Calderon (TOR, $6400) – Calderon is very inconsistent, but he always has the potential to put up a good line.  The Raptors should have to play a full 48 minutes against the Bulls and I look for Calderon to be in there at least 35 minutes.

Randy Foye (LAC, $6100) There was some expectation that Eric Gordon would return tonight, but that doesn’t look to be the case.  Foye should get another start and put up 20-25 FD points.  Just be safe and check the newswire on Gordon’s status.

Rodney Stuckey (DET, $5600) – Stuckey isn’t a flashy option, but he’s been playing pretty well lately and always has the potential to get hot. 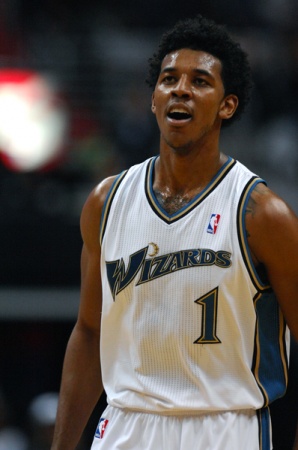 Nick Young (WAS, $6900) – Young is coming off an injury, but he’s still getting plenty of opportunity in the Wizards’ offense.  Kirk Hinrich will probably miss tonight’s game with a calf bruise, so Washington will be depending on Nick to play heavy minutes.

Sam Young (MEM, $5200) – Young has taken over the starting SG spot for the Grizzlies and Memphis will depend on him a little more than usual with Rudy Gay out for the next month.  Young can score and also pick up decent rebounds and steals.  There’s also some speculation that Zach Randolph could be traded, so that would put even more scoring burden on Young if it happens.

Sonny Weems (TOR, $4400) Weems’ price has really fallen to a point where he is excellent value.  Linas Kleiza is out for the Raptors, so Weems is now the starter at SF for Toronto.  Expect 30+ minutes and 12-14 shot attempts.

Roddy Beaubois (DAL, $3300) – At just $3300, Beaubois is as close to a playable minimum salary player as you will ever find on Fanduel.  In his two games since returning from injury, he’s averaged 20 minutes and 17.5 FD points.

Tracy McGrady (DET, $6200) – McGrady has surprisingly been one of the only consistent players on the Pistons squad.  He can help in the points, rebounds and assists categories and has a decent matchup against the Pacers.

Trevor Ariza (NOR, $6000) – Ariza is inconsistent, but he could have a nice line against a tired Clippers team playing the second of a back to back.  Ariza played 43 minutes in his last game and put up 35 FD points.  The potential is there.

DeMar DeRozan (TOR, $7000) – Another inconsistent player, but he can go off any night.  Toronto should find themselves in a fight with the Bulls and the Raptors will need DeRozan to come up big if they have any shot at winning this one. 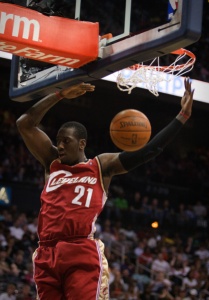 J. J. Hickson (CLE, $7000) Hickson has been a beast posting huge double-doubles in each of his last five games.  That should continue tonight against an undersized Houston interior.

Greg Monroe (DET, $6100) Monroe had been slumping lately, but he posted a solid double-double last night with 12 points and 12 rebounds.  He also added a block and a steal.

Amir Johnson (TOR, $6600) – Johnson has been a hit or miss player lately, but when he’s on he can put up FD points quickly.  I’m not crazy about the matchup against the Bulls interior, especially with Noah returning, but the price is right with Johnson.

Jeff Green (OKC, $6500) – Sleepers are little thin at PF tonight, but Green could be a useful play.  He had a nice game last night putting up 28 FD points in 28 minutes of game action.

Joakim Noah (CHI, $6900) – This is a pure gamble since I have no idea how many minutes Noah will get.  He’s coming off a pretty serious thumb injury and it might take a few games to get back in gameshape.  Any hand injury usually makes it tough for a guy to immediately come back shooting the ball effectively, but for an interior player like Noah, this might not be as big a concern as it would be for a perimeter shooter.  Gamble if you feel lucky.

JaVale McGee (WAS, $5900) – McGee has been slumping a bit and has seen his price fall to an attractive value.  He’s got a great matchup against a weak Spencer Hawes, which could jumpstart his game.

Samuel Dalembert (SAC, $5800) – The Kings have been playing Cousins and Dalembert together and both have been producing.  Sacramento is also in the process of trading Carl Landry for Marcus Thornton, so they may be short a big man tonight which could mean some extra minutes for Sammy D.

Tyson Chandler (DAL, $6400) Chandler is hugely inconsistent, but always has the ability to put up a big double.