What Hides Behind The Numbers...

What hides behind the numbers…

Pretty basically the inspiration for this writing derived from a thought I had the other day. Statistics are just that, a record or previous performances. When you compile the statistics over various periods of time they create patterns. Patterns are then often interpreted as sort of templates. When one begins to involuntarily solely use templates as a means to save time, the core details and variables more often than not get overlooked.

So in essence, I guess I’m kind of peeling back the curtain on a template to examine a different perspective on detail.

Although these professional athletes train and practice to almost a level of robotic consistency they are still human and susceptible to human error.
It’s ironic how as a human athlete, many strive to be almost robotic in their performance for the sake of consistency and we build robots to emulate human behaviors…. and they in turn are susceptible to robotic error.

Anyhow, in my thoughts the other day I was wondering that if you took the identical matchup in identical conditions in an identical time frame you would imagine that the results would arrive at a similar outcome. Now let’s just say for the sake of avoiding a valid argument say that’s true….

Now let’s just say Mr. Batting .322 in game 1 earning 28 FP, had a close call on his drive into the stadium for game 2 aside from his neighbor that was throwing an all-night bash with live music and plenty of rowdy people and Mr. .322 perhaps got about 45 minutes of sleep that morning. 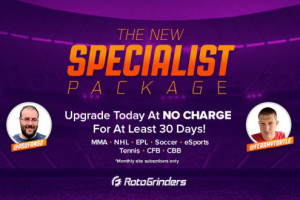 If he plays this day and hits a home run and gets at least two doubles in the game, his contract states that he gets a nice bonus. He’s counting on that bonus to help with the down payment on another house in a much more peaceful environment and doesn’t have to travel an accident ridden major highway to report to the stadium each day.

As a DFS player I researched how Mr. .322 played the day before which resulted in 28 FPs. I looked over the matchup for today and assumed that I might just have another piece to win that pot of gold today. Even if he doesn’t match the 28 Fps from the previous game, my calculations show even if he produced at least 18 Fps I would be more than satisfied with my overall projected outcome. 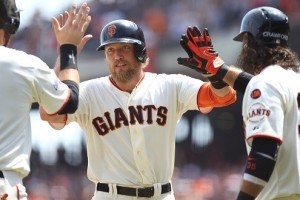 Well needless to say Mr. .322 is now Mr. .222. He batted 0 the whole game and made 2 errors defensively. One of those errors caused the winning run for the opposing team to score. The pitcher I chose was a tough decision between 2 pitchers. I chose the pitcher on the same team as Mr. .322 based on his ability as well as counting on Mr. .322 (at the time) having a similar game giving that pitcher an extra boost to win the game in respect, some additional points to the pitcher for a cool slide to victory.

Whether or not this has ever happened in a non-fiction fashion, I wouldn’t know, but I’m sure similar things of this nature have happened.

The way I see it… if you can visualize it, it can happen.

When I am going off to research and begin creation of my rosters for the day ahead, I just can’t help but wonder a little about what hides behind the numbers for all the players I selected and the ones I chose not to roster that day.

That’s the way I see it.