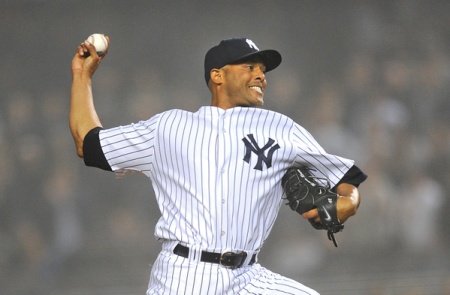 Not every Daily Fantasy Site utilizes reliever spots, but for the ones that do, it could mean the difference between a win or a loss on any given day. It’s essential that you have some idea which closers are more likely than not to pitch each day, but this year we’re not even sure who the closer is on some teams. Don’t feel bad because some managers don’t know who their closer is themselves. It’s just the middle of May and already near half the league, through injury or ineffectiveness, has had some sort of turnover in their stopper role.

Closers Who Began The Season As Closer And Are Safe

Jim Johnson – Baltimore
He’s been one of the better closers in the majors so far with 11 Saves, only allowing a single run over 15.2 IP with 12 K’s and 2 BB’s.

Chris Perez – Cleveland
Perez is probably one of the first closers people expected to go, yet he’s not only hanging in there, but is currently tied for the league lead in Saves with 11 while only blowing 1. That doesn’t necessarily make him good, but there has been some improvement in his K/BB ratio which is now exactly 2.0 and he’s yet to allow a HR in 13.2 IP.

Jose Valverde – Detroit
He’s been far from good, blowing 2 of 8 Save chances and allowing 8 ER through 14.2 innings, walking 11 and only striking out 12. However, because of all those Saves last year (49), his leash is very long.

Matt Capps – Minnesota
Perhaps his inadequacies haven’t been exploited because the Twins have little need for a closer, but despite an inability to miss bats, he’s converted all 6 of his chances and is safe for now.

Joe Nathan – Texas
Texas has had little need for a closwer because they’re usually blowing other teams out, but Nathan has converted 7 of 8 and struck out 14 in 12.2 innings against 2 walks.

Brandon League – Seattle
He’s Saved 8 of 10, but only struck out 9 while walking 7. The runs have been limited though (4 in 16 innings) and the Mariners may want to build him up to trade, so he should be safe for a while.

Jonathan Pabelbon – Philadelphia
Perhaps the safest closer on this list. He’s a perfect 9 for 9 with 13 K’s in 13 innings, but has allowed 2 HR’s. One was a 3 run shot that blew open a tie game.

Jason Motte – St Louis
Motte cemented his position during the 2011 post-season and has done nothing to endanger it so far this season. He has 6 Saves in 7 attempts with 16 K’s and 3 BB’s in 13.2 IP.

Brett Myers – Houston
Myers just blew his 1st Save vs 9 successes despite only striking out 8 in 12.2 IP. The Astros wish to trade him though, so he’ll get every opportunity to succeed.

John Axford – Milwaukee
He’s walked 7 and allowed 7 ER’s in 10.1 IP, but has struck out 20. Despite K-Rod’s presence, Axford’s job is safe for the time being.

Rafael Betancourt – Colorado
Batancourt may be one of the better closers few people know about. He’s converted 6 of 7 Saves and only allowed 1 HR with 13 K’s in 13 innings pitching half his games in a very dangerous park.

Closers Who Still Have Their Jobs, But Are On Shaky Ground 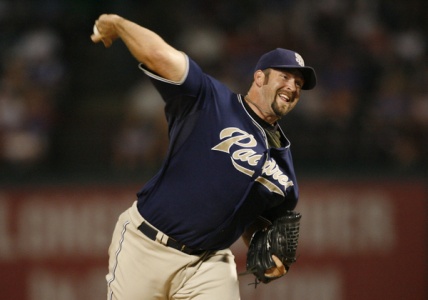 Frank Francisco – New York (NL)
Since I’ve begun writing, Francisco has blown another game and is now verbally assaulting an umpire (which may not be entirely unjustified), but he may no longer be the closer by the time Monday rolls around. Potential replacements include Jon Rauch and Bobby Parnell.

Heath Bell – Miami
He’s lost and regained his job since the season began. The Marlins have no choice. They paid him a lot of money. Bell’s blown more than he’s saved and walked more than he’s struck out.

J.J. Putz – Arizona
Although Putz has converted 6 of 8 Saves, he may have to watch his back due to allowing 10 ER in 10 IP including 4 HR’s. There are several viable candidates waiting to take his place.

Closers Who Have Replaced Ineffective Closers

Rafael Dolis, James Russell – Chicago (NL)
Dolis has gotten 3 Saves to Russell’s none since Marmol was removed, but both have issues. It’s a good thing then that the Cubs will have little need for a closer this year.

Kenley Jansen – Los Angeles
This was something everyone was waiting for. Javy Guerra faltered and Kenley Jansen took his 14.46 K/9 rate to the closer’s role He’s struck out 5 of 11 batters faced over the past week and has only allowed a single earned run over his last 12.2 IP.

Brian Fuentes – Oakland – After Balfour’s struggles in recent weeks, Fuentes was named the closer for the A’s after picking up his 2nd Save vs. Detroit on Saturday.

Pitchers Who Are Now Closing Due To Injury

Fernando Rodney – Tampa Bay
After Kyle Farnsworth went down, Rodney responded with 9 Saves in as many chances, allowing a single run in 15.2 IP while striking out 14 and only walking 2.

David Robertson – New York (AL)
We all know what happened to the great Mariano Rivera. Robertson not only has big shoes to fill, but has Soriano looming. He’s been very shaky, allowing half (7 of 14) of the batters he’s faced to reach base over his last 3 appearances although I expect by the time you read this, he may be back to his dominant self.

Casey Janssen – Toronto
Sergio Santos will have the job back as soon as he returns from the disabled list. The Jays tried Cordero, but that was a disaster and now Janssen’s been given the opportunity and has responded with 2 perfect innings with 2 K’s so far.

Alfredo Aceves – Boston
Andrew Bailey went down….again. Mark Melancon stunk and Aceves hasn’t been much better, allowing 26 base runners over 14.2 innings, but has 7 Saves and 19 strikeouts so far.

Jonathan Broxton – Kansas City
He got the job when Soria was lost to Tommy John surgery and has Saved 7 of 8, but has only struck out 7 against 5 walks in 11.2 innings. With a solid bullpen around him, a few ill timed runs could mean his
job.

Henry Rodriguez – Washington
Rodriguez is the beneficiary of injuries to both Drew Storen and then Brad Lidge. Storen may return shortly to reclaim his throne, but in the meantime his replacement has struck out 21 in 14.2 innings while walking 7 in converting 8 of 10 opportunities.

Sean Marshall – Cincinnati
Marshall has taken over for Ryan Madsen who never threw a pitch as a member of the Reds. He’s been shaky at times with 6 ER in 11 IP and has yet to record a Save in May.

Santiago Casilla – San Francisco
Many were surprised when Casilla was called on upon the loss of Brian Wilson, but it’s tough to argue with the results. 7 Saves in 8 tries and only 2 ER in 13 IP.

Dale Thayer – San Diego
Thayer has saved 3 games since Houston Street went on the DL and considering his past major league performance, I can’t even attempt to explain why he was chosen.

Who The Hell Is Closing?

Chicago (AL)
Truth is, I don’t know who’s currently closing for the White Sox. Everyone was shocked when Hector Santiago was named to start the season and blew 2 of 6, but then Chris Sale was mysteriously put in the role for less than a week in between being removed and then again placed back into the starting rotation. So maybe it’s Addison Reed (Very Good) or Matt Thornton (OK) now.

Los Angeles (AL)
Jordan Walden lost the job because he couldn’t find the plate. Scott Downs replaced him and has 3 Saves, but he’s been injured and has only pitched 0.2 innings in the 1st 2 weeks of May. LaTroy Hawkins has a Save, but he’s injured too. Ernesto Frieri?