And then there were four. There’s only four squads left in this World Cup; therefore, Tuesday/Wednesday is the first two-day slate that Draftstreet has rolled out for their World Cup DFS games.

Brazil faces Germany without their best offensive (Neymar – back injury) and defensive (Thiago Silva – yellow card accumulation) players. Bookmakers have this match as a pick’em – leaning Germany as of this writing – and 2.5 over/under – leaning strongly towards the under. I’m a little surprised that Germany isn’t favored more, but obviously this game is being held in Brazil, which likely has influenced the line.

The other semifinal match is Wednesday, which means we won’t have exact lineups in time. Argentina will face the Netherlands. The sports-books have that game as a pick’em as well, leaning Argentina, and an over/under of 2 goals. All things being equal, we should lean BRA/GER for cash game players to use, because of the higher over/under and because we will have the lineups in before lock. In GPP’s, just about anything goes. On to the plays: 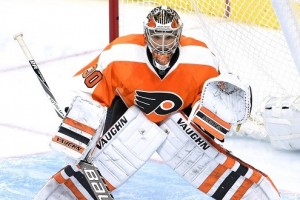 Manuel Neuer (GER $16,439 DS / $24 SC) – All four goalies are priced within about $400 of salary on Draftstreet for this two-day slate. Neuer is one of the two sports-book favorites on the day, but I am choosing him as my top play based on the fact that he is the most talented goalkeeper left in the tournament. He is widely considered a top-five goalie in the world, and many favor him as the best. We’ve seen how low-scoring the tournament has gotten in the latter stages, so just about any keeper might have a shot on a clean sheet. Against a weakend Brazil attack, Neuer has a good chance to prove his worth yet again.

Julio Cesar (BRA $16,023 DS / $22.50 SC) – Like I mentioned, the salaries are extremely tight on Draftstreet for the semi-final games. Cesar is the cheapest of the four, so he is the default value play. I strongly feel that all four goalkeepers will have positive outings, however. Brazil may rally around their fans and their stars’ absences to a winning effort., in which case starting Cesar would pay off.

Others Goalkeepers that I like: Sergio Romero (ARG) / Jasper Cillesen (NED)

David Luiz (BRA $6,666 DS / $17.50 SC) – With Neymar out, Luiz should be taking the majory of the free-kicks for Brazil. This gives him a significant edge in goal/assist chances. He scored from a free-kick in his last match. While it’s unlikely that he achieves that high of a score in back-to-back games, his offensive upside is high enough that he’s a very strong play.

Marcos Rojo (SUI $5,999 DS / $17.50 SC) – Rojo missed Argentina’s last match due to yellow-card accumulation. That could be considered in a positive light, since he had several extra days to rest in between his last matches. Rojo has, somewhat surprisingly, been the most-likely of Argentina’s back four to join the offense on attacks. He has fired in many crosses and even scored a goal in this tournament. He’s a top play because of that offensive upside.

Dante (BRA $4,449 DS / $15 SC) – Rumors and projections have Dante being put into Thiago Silva’s spot in the Brazil starting lineup for their upcoming semifinal match. He plays in the Bundesliga for Bayern Munich, and is therefore familiar with a lot of the German squad’s players. We’ve seen how effective Brazil CB’s can be in their set plays, so if Dante is definitely in the starting lineup in the match, he’s definitely in play at his reasonable price.

Oscar (BRA $14,320 DS / $18 SC) – The Tuesday/Wednesday slate is fairly lean in the midfield department. Oscar has not lived up to his all-world performance in the opening match of this World Cup. With Neymar sidelined, he will have a strong chance to repeat that opening stat-line. A goal or assist with several SOG is definitely within reach.

Wesley Sneijder (NED $14,044 DS / $20.25 SC) – Sneijder hit the woodwork twice against a very defensive Costa Rican side. Argentina is likely to dominate possession in their upcoming match, which actually plays more into the Netherlands’ counter attacking philosophy. Sneijder will inevitably have a few chances at a goal or assist, and he is certainly capable of capitalizing on those chances.

Willian (BRA $10,342 DS / $16.50 SC) – Willian was tipped by many to take Neymar’s spot in the Brazil starting lineup. The problem is that he had an injury scare in training over the weekend. He claims he has fully recovered, but it remains to be seen if Brazil coach Scolari agrees. There is also a strong possibility that Scolari changes formation and/or puts a more defensive-minded player in for Neymar. If Willian is in the starting lineup – and we’ll get to see that before lock – he is a great value at his price.

Others Midfielders that I like: Mesut Ozil & Toni Kroos (GER) / Paulinho & Fernandinho (BRA) 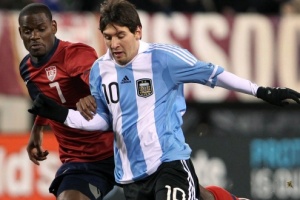 Lionel Messi (ARG $22,789 DS / $24 SC, listed as Midfielder) – Messi had a disappointing day, by Draftstreet scoring standards. But if you watched the match, you know that he had an amazing cross-field through-ball pass to DiMaria that could have set up a goal, and also had a one-on-one breakaway with the keeper that resulted in a great save sending his shot wide. If those two chances break differently, he suddenly has a 10.2 day instead of 1.2. He is the best player in world, and just about every Argentina offensive play runs through him. Fade him at your own risk.

Arjen Robben (NED $19,923 DS / $23.50 SC) – Robben has been terrorizing opponents with his speed and dribbling prowess throughout the tournament. Without a goal or assist, he still had 7.1 DS points in his last match. As I mentioned above, Argentina will not be as defensive as Costa Rica was in their match, so Robben should have at least a handful of counter-attacking chances in which he thrives. He’s also likely to draw several fouls against an Argentina back-four that isn’t the quickest. He has the highest floor of any forward for the two-day slate.

Hulk (ARG $13,434 DS / $19.25 SC) – Hulk is going to get extra touches with Neymar out. He is never shy about letting it rip from just about anywhere on the pitch. I expect several shots on goal, a few fouls drawn, and I think he is the most likely to score a goal under $14k. (Keep an eye on the Germany lineup as well though, as Schurrle and Klose are both high upside for their salaries IF starting.)

If you made it this far, just wanted to add a couple notes. This will be my last World Cup article. I want to thank Rotogrinders for letting me help out with World Cup DFS content, hambazaza and BuffloSoldier for being easy to work with & working with my schedule, and thank you guys, the grinders yourselves, for such great feedback. It’s been a pleasure. I don’t think RG has made the call yet with regards to regular EPL/Champion’s League content since it sounds like DS will be joining SC in offering soccer games, but at the very least I plan to keep writing/analyzing soccer DFS with my RG blog.