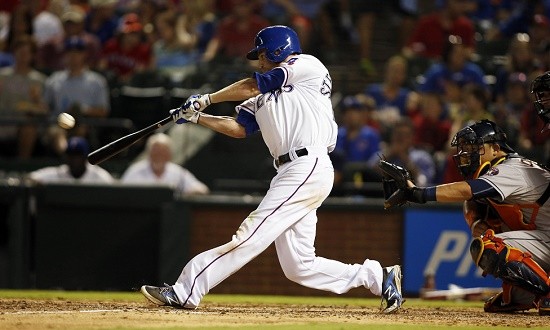 Welcome Grinders! The World Cup has been great so far (other than Iran/Nigeria… which most of us saw coming) and World Cup DFS has been the same! I was in Canada for a wedding this weekend, but it looks like you’ve been in good hands with hambazaza and BuffloSoldier. I wasn’t able to fully immerse myself in the games while I was away, but I did start off the World Cup with a bang, winning my first ever GPP! (Sidenote: it was Draftstreet’s $2k guaranteed from Friday, 1100 entrants – but I’ll give a recap in another post.)

Of course the beauty of DFS is that previous days’ results don’t matter, so let’s move on to Tuesday’s picks! Tuesday will be the first day that we have repeat performers (and despite the fact that all of these athletes are in world-class conditioning/shape, the fact that Brazil has had one more day of rest as compared to Mexico miiight play a role). Brazil, Belgium, and Russia are the favored teams in their matches, so we’ll generally be targeting their players. I am particularly interested in the matchup of Brazil’s right flank vs. Mexico’s left flank. We’ll get into the details of that shortly!

Thibault Courtois (BEL $19,283 DS / $23.75 SC) – Courtois is generally regarded as one of the most talented Goalkeepers in the world. He has been loaned to Atletico Madrid for the past several seasons from Chelsea, and has helped guide them to a La Liga championship last year, among several other trophies since joining Atletico. Belgium has a solid defense, are a significant favorite in the sports books (-1 (-150) on Bovada as of this writing), and are playing one of the weaker teams in the tournament. Algeria have some weapons (notably Sofiane Feghouli of Valencia), but Courtois feels like the safest choice at GK tomorrow.

Sung-Ryong Jung (KOR $13,382 DS / $18.50 SC) – Akinfeev (RUS) and Cesar (BRA) are both in good spots tomorrow, but are also similarly priced to Courtois. Out of the lower priced options, Jung has the best chance to put up positive points, in my mind. The Russia-South Korea match has the closest spread and lowest over/under of the games in the sports-books, and it passes the eye test as the most-likely-to-be-close. Also in Jung’s favor – Russia’s top offensive threat, Roman Shirikov, will miss the entire World Cup with injury.

Other Goalkeepers I like: Julio Cesar (BRA) / Igor Akinfeev (RUS)

Dani Alves (BRA $6,827 DS / $19.50 SC) – Alves is well known for being one of the best offensive fullbacks in the world. Even though he is technically a right-back, he attacks so much that he is often in more of a right-winger position. He is an important part of Brazil’s offense. He takes a lot of shots, draws a lot of fouls when he’s on the ball, and puts in a lot of crosses – giving him more chances at goals and/or assists than almost any other defender (and the crosses count on Statclash, making him extra important on that site). As I alluded to in the opening, Alves will be on the Brazil-right/Mexico-left flank where I believe most of the action will occur in this game. Mexico will likely play Miguel Layun at LWB and Andres Guardado towards the left of midfield – this is where they will initiate many attacks, and likely leave room for Alves to operate. Brazil is a better team than Mexico and has had one day of extra rest. It’s entirely possible that Mexico sneaks a goal in past Brazil, but Alves should also have a decent shot at a clean sheet on top of the offensive positives he brings to the table.

Dmitry Kombarov (RUS $5,837 DS / $16.75 SC) – Kombarov is another solid defensive option on these sites. He is the most likely of Russia’s 4-man defense to help join attacks. He will put in some crosses, may draw a foul or two, and if we’re lucky he might take a shot or two as well. I also think Russia has a good chance at a clean sheet against South Korea. A lot of people will be on Belgium defenders tomorrow – and they have a great shot at a clean sheet as well – but their entire back line is very likely to be made up of players who play center-back for their clubs. Whoever they line up with at fullback will try to join the attack – but it won’t be as natural for them as it will be for Kombarov, who is used to helping on both ends of the field.

Miguel Layun (MEX $4,343 DS / $15 SC) – Layun is the most likely defender to score positive points under $4,500. Just like the fullbacks above, he joins the attack. The point I make about Alves attacking the space that Layun/Guardado leave open will also be inversely true for Layun, as Alves is likely to leave space for him to attack. He has already had a positive performance in one game and I expect another in this match. The one important caveat is that I really don’t see Mexico holding Brazil to a clean sheet, so take that into account when assessing whether or not to pay up at D.

Oscar (BRA $15,231 DS / $22 SC) – Oscar showed the world what he’s capable of in the first game of this World Cup. Neymar got the headlines for scoring two goals, but Oscar was the difference maker in that match. Hulk picked up an injury in training on Sunday; if Hulk doesn’t play in this game, there is a good chance that Oscar will play in a right-sided attacking midfield position. If this is the case, he will be able to join the Alves/Layun battleground and likely have some space to attack. Wherever Oscar is on the pitch, he will pick up points and make good things happen for Brazil. I expect another high-scoring game for Brazil, and Oscar is likely to be involved in the scoring.

Kevin De Bruyne (BEL $14,993 DS / $17.50 SC) – The entire Belgium midfield is LOADED, and every one of their attacking mid’s is in play. De Bruyne, Eden Hazard, and Dries Mertens (should start, lineups for BEL/ALG will be available prior to lock, so verify before playing him) are all very talented offensive players. Belgium is a strong favorite in this match and the bookmakers expect a fairly high scoring game. Hazard will likely be the highest owned, percentage-wise, out of this trio, but I think De Bruyne has just as much upside. He should play in the center of the formation, just behind Romelu Lukaku, and be involved in just about every Belgium attack – and I believe there will be many Belgian attacks.

Heung-Min Son (KOR $9,938 DS / $16 SC – Note: On Statclash, he’s listed at Forward) – Son is coming off of a star-making season, having scored 10 goals for Bayer Leverkusen in the German Bundesliga. He will be playing high up the pitch and on the left side, where he can cut in and take shots with his preferred right foot. He should put up forward-scoring numbers from the midfield position on Draftstreet, and will have a decent chance of scoring a goal.

Neymar (BRA $21,293 DS / $25.25 SC) – As with Oscar, not much more needs to be said after his statement game against Croatia. He is the top goal threat on the World Cup favorites. He’s already scored two goals. Mexico is not usually a team that sets up shop and parks the bus, so I expect this to be a fairly wide open match with several goals. Neymar should be involved in some of those goals. If Hulk’s injury prevents him from playing, it opens up even more touches and shots for Neymar. Fade him at your own risk!

Romelu Lukaku (BEL $18,239 DS / $22.50 SC) – Lukaku is a powerful striker in the Didier Drogba mold – physically strong, powerful in the air, good attacking instincts, along with a great shot. Belgium has several inventive midfielders who should be able to find space against Algeria and create opportunities. Lukaku will have several chances to finish those opportunities off with goals.

Alexander Kokorin (RUS $13,348 DS / $16.75 SC) – Under about $14,000, I think Kokorin is the highest upside choice. He should start at striker (possibly LW) and see several opportunities against the South Korea defense. Russia is a favorite in this game, although not a huge one, and I think they should see the majority of the scoring opportunities. Kokorin provides a nice GPP option, with a floor of multiple shots on goal, and a ceiling of multiple goals.

Bernard (BRA $10,328 DS / $14.25 SC) – I had to give one extra GPP option here, because of the Hulk injury. The Brazil lineup will not be out by lock, but check news/twitter updates on the status of Hulk. If he plays, he takes over for Bernard as a very solid option against Mexico. But if Hulk sounds doubtful to play, Bernard is likely to take his spot. He’s a tiny guy, but a very tricky dribbler and passer who could snag a goal or an assist for a relatively inexpensive price. He’s a contrarian option for sure.

(For more broad analysis of World Cup DFS, feel free to check out previous posts from my Rotogrinders blog.)