Tuesday is the second day of the Group Stage’s game 3’s. Some teams have potential advancement to fight for, some teams will only be playing for pride. As I mentioned in previous blog posts prior to the World Cup beginning, what’s at stake in the standings (or table, in soccer terms) should guide our process for choosing players. If you’re just venturing into the World Cup DFS waters, feel free to check out prior blog posts for general hints and help.

Sports-books’ lines should also have some sway in our decision-making progress. All 4 games have favorites of only .5 goals, or are pick’ems, which obviously means they think these games will be close. There aren’t any big favorites to target. 3 of the games have an over/under of 2.5, while Greece and Ivory Coast are understandably at 2 goals – given Greece’s results and reputation (for defensive tactics). 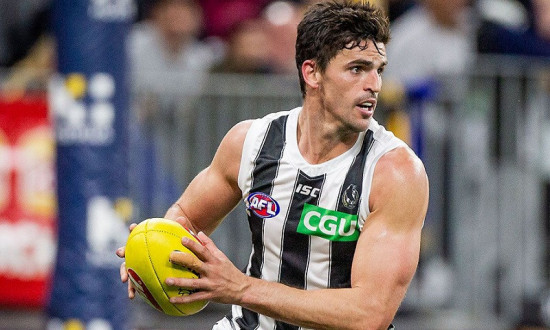 Boubacar Barry (CIV $18,235 DS / $22.75 SC) – Greece and Ivory Coast both still have a chance to advance out of the group stage, so Greece will be forced to be a little more attacking than usual. I feel they still lack the cutting edge in attack of most other teams left with a result to play for. They may sneak one from a set-piece, but based on their performance thus far, I think Barry is likely the safest play Tuesday.

Orestis Karnezis (GRE $16,283 DS / $20 SC) – On the other side of that CIV-GRE matchup, Karnezis is likely to face more shots, but as long as he blocks several more than he lets in, he should be decent value. Even in a must-win game, it will be difficult for Greece to completely change their defense-first tactics, so he also has a shot at a repeat clean sheet performance.

Serge Aurier (CIV $6,345 DS / $16.50 SC) – This section may give you grinders a sense of Deja Vu. I am sticking with most of my defensive picks from previous articles, even if their price has changed. Aurier’s price has gone up quite a bit since his last game, but he still has the clean sheet/assist upside that very few defenders can match. Ivory Coast need a result (win or draw) to advance, and Aurier will likely play an important role in that attempt.

Yuto Nagatomo (JPN $5,554 DS / $17.75 SC) – I view Nagatomo and Uchida on Japan fairly equally. They are attacking fullbacks that are always a threat to whip in crosses. Colombia is assured of advancement to the next round, and may choose to rotate their squad a bit. Japan need a win to advance, so both fullbacks should be bombing down the flanks to help chase that win. Nagatomo is a bit cheaper on Draftstreet, so he gets the nod for me (due to pricing, consider swapping them on SC).

Cristian Gamboa (CRC $4,519 DS / $15.75 SC) – There’s a chance he may get rested, with Costa Rica already advancing to the knockout phase of the World Cup. If he’s in the lineup, he provides good value and a chance at some fouls drawn or an assist. He’s playing against an England team that may have already mentally checked out, so he should have an outside shot at the clean sheet bonus as well.

Others I like : Matteo Darmian (ITA) / Atsuto Uchida (JPN) / Luke Shaw (ENG, if England goes young with their team sheet. Lineup will be available before lock.)

James Rodriguez (COL $16,035 DS / $22.50 SC) & Juan Cuadrado (COL $13,213 / $17 SC) – I should preface this segment by saying that since Colombia is assured a place in the knockout rounds, they may choose to bench a few starters to keep them fresh. They still would need at least a draw to be assured of winning their group though. It’s a slight gamble choosing Colombian players Tuesday, since we will likely not have their lineup available until after lock. I think that both of these midfielders will start, but if Colombia take an early lead, they may play it safer and/or sub these two stars off relatively early. There aren’t many outstanding choices at M tomorrow, so look for team news early and choose wisely!

Yaya Toure (CIV $14,223 DS / $19.75 SC) – Yaya has not quite been playing up to his usual lofty standards. His price has decreased as a result. He still has the upside of double digit DS points, is basically a guarantee to play, and his team is playing in a game that still matters in the table. (One final note, Yaya and Kolo Toure lost their younger brother to cancer this past week, so there is a chance that he plays at less than 100%, mentally. A tragic loss like that puts things in perspective, and it’s hard to tell how any individual will let it affect them.)

Frank Lampard (ENG $11,238 DS / $14 SC) – Double check rosters before lock, but there have been significant rumors that England will be making wholesale changes to their lineup since they have been eliminated. Lampard is expected to take Steven Gerrard’s place. That should mean he takes several free kicks, possibly corners, and in the unlikely event of a penalty kick, Lampard would likely lineup to take it. At his price these are all high-upside possibilities.

Luis Suarez (URU $23,983 DS / $23.25 SC) – Like I said last time he was in an article, even if he’s not at 100%, he’s still the best striker available on Tuesday. He proved that he is healthy enough for a monster game last time, and Uruguay needs a win to advance. It’s a strong possibility that we find Suarez’s name on the score sheet once again.

Mario Balotelli (ITA $20,023 DS / $21.75 SC) – Balotelli is probably the biggest high risk/high reward choice tomorrow. He’s capable of throwing tantrums and seeming very disinterested in games when things aren’t going his way, but he’s also capable of a hat-trick. I understand taking a safer choice, but there’s always a chance of “No Super Mario, no cash” when he plays.

Joel Campbell (CRC $13,923 DS / $16.75 SC) – Campbell didn’t repeat his amazing first game performance last time out, but he’s still very dangerous on the counter-attack. It’s been mentioned many times since the World Cup began, but he’s been on Arsenal’s books for several years without playing a minute for them. Make sure he isn’t being rested prior to lock – but if he plays I think he’ll continue to make his case for seeing some action at Arsenal or another big European club.