The Round of 16 continues tomorrow with another set of superb matchups between France and Nigeria, followed by Germany and Algeria. It’s Africa vs Europe, with the Europeans being the dominant side in the historical battle between these two continents. Yesterdays games featured two exiting matches between the Netherlands and Mexico where the Dutch came from behind and in 6 minutes guaranteed themselves a spot in the final 8. I for one cannot wait until I see what the World Cup has in store for us today. For Mondays’s match-ups I’ll be focused on DraftStreet pricing and will attempt to help guide you through the two matches and to figure out which are the best plays for the day!

I’ll borrow the format from BuffaloSoldier and will go through the games today team by team as that gives us a chance to really dissect which players stand out for each team both in performance and salary on DraftStreet. 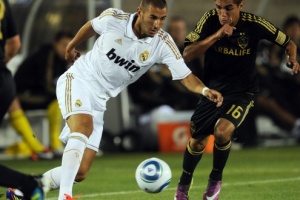 The French were one of the more exciting teams to watch in the first round of the World Cup, and with good reason; they’ve scored 8 goals in the group stages, and feature one of the most exciting players in Karim Benzema who has 3 goals and 2 assists so far in the tournament… more on him later.

Defending the net for France is Hugo Lloris who will cost you $15,834, but him and Neuer of Germany are the most likely winners and maybe even a clean sheet, therefore, you’d be giving up 4 points by going away from either of these keepers. Lloris has played excellent so far, although he hasn’t been challenged much. France’s mediocre group has left them without a real challenge as the only strong team in the group was Switzerland, and they scored 2 goals on the French defense. That said, Nigeria hasn’t really been a powerful team and I don’t expect them to truly challenge Lloris much, limiting his potential for saves.

At the defensive end, Liverpool Center back Mamadou Sakho is doubtful for this match, and with that, the French will likely start Raphael Varane ($4,938) Patrice Evra ($6,634) and Mathieu Debuchy ($5,432), with the last defensive player to be determined later. Of note is that Deschamps (France’s coach) likes to occasionally go to a 3-4-3 formation which pushes Debuchy up on the left flank and allows him to attack up the left side.

In the midfield, the French feature Mathieu Valbuena ($14,293) and Paul Pogba ($15,229) who leaks into the left side and attempts plenty of crosses into the middle (he has a 30% completion rate on those crosses). If you choose to go with a French midfield, Valbuena is my recommended play as he has been impressive in this tournament so far as well as scoring a goal for the French team. Pogba tends to fall back a little bit on defense while Valbuena is more reliable on attack which is all that matters for Fantasy World Cup.

As for the attackers, Karim Benzema ($22,847) has been one of the best strikers in the tournament so far, and he’s very active for the French. He has scored three goals and assisted on two others already. In three games he has ten solo runs into the Area as well as nine deliveries to other players into the area. He does not commit many fouls and 75% of his attempts are on target. Benzema is one of the top striker options for this slate and one of the most likely goal scorers for the French team.

If you want to go cheap, Antoine Griezmann ($13,212) plays the next most minutes for the French but he has had little success. He’s had several attempts but only 60% of them have hit the target and along with just one solo run into the area, I wouldn’t go that cheap on him, unless you need to fill out your roster and try to fit several studs.

The Nigerians are not favored to move through to the next round, they will likely be playing a very conservative game where they hold themselves in their side of the pitch and rely on counter attacks to try to exploit the French pushing forward. The greatest strength of this team has been the speed of the counterattack, led by Ahmed Musa ($14,239) and Peter Odemwingie ($16,004), the Super Eagles will hope for a miracle strike from one of the two of them in order to be just the fourth African team to ever advance to the quarter finals.

At Goalie, the Nigerians will be relying on Vincent Enyeama ($15,002), who faces a tough task. I don’t expect him to hold a clean sheet, but he should have plenty of action as he has averaged 5.67 saves a game. This should make him a very intriguing option on sites that award saves more than wins as he is unlikely to get the W or the clean sheet.

The defenders of Nigeria won’t get much in terms of fantasy support in this game. However, if you wanted to take a chance on one defender, Efe Ambrose ($5,545) has a tendency to creep up the right side for attacks and while he hasn’t produced much fantasy-wise, he will have the ball at his feet and might try his luck with a long distance shot every once in a while.

The Nigerian midfield isn’t much better than the defenders, with Victor Moses ($13,845) doubtful for this game, there are questions as to who would start in his place. The other two midfielders that have started are Ogenyi Onazi ($14,434) who has played all 270 minutes for the Super Eagles and John Mikel ($12,535). Both midfielders will fall back to defend often, and with this game expected to be very one sided for the French, I don’t think either of the midfielders would actually have a chance to score against the French, you can hope for an assist, even though neither of these guys have done so this tournament so far. My advice? Stay away.

Germany enters the round of 16 for the ten thousandth time in their history (probably?). Seriously, the Germans never fail to qualify to the knock-out stages of the World Cup, and this year was no exception. They face an Algerian team that qualifies for the first time. However, this isn’t a “happy to be here” team, they are capable of scoring and of shocking the Germans. However, I don’t expect that to happen, and I don’t think the Algerians will score another goal in this World Cup. This is partly due to Germany’s possession football which will see them control the midfield and block any attempts by the Algerians in scoring. 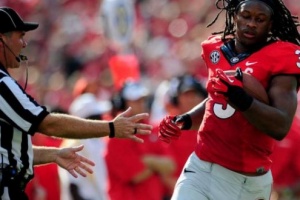 At the heart of all the defense is the German goalkeeper Manuel Neuer ($16,203), who is expected to lead his side once again. He is predicted to get the W, and the Algerians are even less of a challenge to the Germans than the Nigerians are to the French. He is my pick for best keeper on the board today, and you’d do well to select him, though I won’t fault you for taking Lloris.

As for the German defenders, Germany plays a 4-3-3 style that relies on the players’ skills to hold the midfield and control possession. The Germans back four are Boateng, Mertesacker, Hummels and Howedes. The most notable of those is Boateng and Howedes as they tend to leak up the sides and support the attack. However, on DraftStreet, Phillip Lahm ($8,203) is also listed as a defender and he can prove to be a very valuable piece to your lineup as he can get the CS bonus if Germany manages to hold Algeria goalless.

The Midfield for Germany is controlled by Phillip Lahm, but since he’s listed as a defender, it limits your options. Bastian Schweinsteiger is getting back on form, and he played a great game against the USA. At his price of $12,839 he can be very intriguing, but I probably won’t go with him. I will however try to fit Toni Kroos in my lineup, as he will cost only $14,837 and has 2 assists so far in the tournament. He’s a threat to attack at any moment and might be one of the few that break through Algeria and its defense.

At the attack you have Thomas Muller who will cost you $22,834, but he’s been superb this world cup and not taking him would be a mistake. He has 9 goals in 9 world cup appearances, and he won the golden boot last time out (he’s trying to be the first player ever to win the award twice in a row). He will be looking for his shot early and often and might get a couple of goals in this game.

And that brings us to Algeria, I won’t go through the whole team as we all know they have the least chance of advancing and the lowest chance of scoring a goal. In fact, they are 11-1 underdogs against a mighty German team. However, if they do happen to score, it will come from Islam Slimani (F, $15,456) or Yacine Brahimi (M, $10,439). On sites that award for crosses and corners, Brahimi totaled 11 crosses and 5 corners taken in the group stage games, and while Germany won’t allow much possession in the midfield, if you’re willing to take a gamble, Brahimi would be a good one.

To add to that, Slimani has two goals and an assist as well as 6 shots (4 on target), if you choose to believe in the French keeper over the German one, Slimani might be a selection that sets you apart from the rest of the crowd and could pay off.